Taylor’s father Shane Corum grew up with the sport and decided to introduce it to his daughter at a young age. Now, Taylor is one of the few girls who participates in the HQMA racing club, which is designed for kids ages 5-16.

With two first place finishes in May, Taylor feels like she has something to prove out there on the track.

“Girls can do boy things,” Taylor Corum says. “That we’re both equal and we’re both strong.”

Her noticeable bright blue car is also spreading awareness for Type 1 diabetes. Taking a closer look, there is a blue and gray ribbon painted on the side next to the words “Diabetic Warrior”. 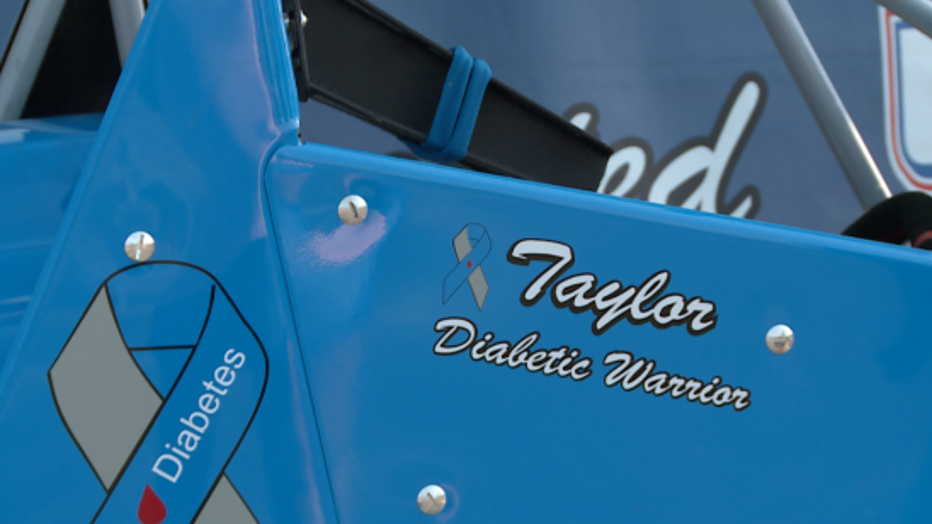 After being diagnosed with type 1 diabetes at 6-years-old Taylor makes sure not to let it get in the way of the sport she loves.

Taylor is inspired by NASCAR Xfinity Series driver Ryan Reed who also has type 1 diabetes, The two have actually met and spent time together down at Talladega.

"She walked up and she holds her phone up and that shows her blood sugar," Shane says with a smile. "He knew what that was and they compared their blood sugar numbers and talked about it."

Taylor says she believes one day she could be Reed’s teammate. Until that day comes she plans to continue dominating at HQMA.