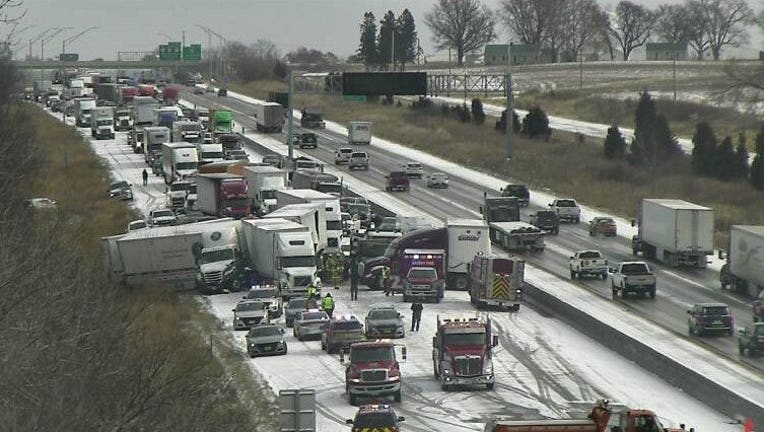 POLK COUNTY, Iowa - The Iowa State Patrol is working to clear some of the more than 50 vehicles involved in a crash on I-80 westbound near Altoona Monday morning, in hopes of getting at least one lane of traffic opened up.

Sgt. Alex Dinkla says one person was seriously injured in the crash, which happened around 11:00 a.m.

No other reports of injuries have come in to the Iowa State Patrol.

According to Dinkla, crews are working to clear vehicles at the beginning of the chain-reaction crash in order to open up traffic on westbound I-80 and get traffic moving again. He expects it will still be some time before the roadway is opened again.

The Iowa Department of Transportation says I-80 westbound is blocked between the Highway 65 exit and the exit to I-235.

A snow squall blowing through the metro caused slippery roads across central Iowa and law enforcement agencies are responding to dozens of crashes.