TULSA, Okla. -- One of the two Tulsa, Oklahoma, police officers who were shot during a traffic stop has died, authorities said Tuesday, June 30.

Franklin described Johnson’s death as a “tremendous loss” to the police department.

“His sacrifice will not go unremembered,” he said.

A patrol car at the division where the officers worked has been covered in flowers, balloons, American flags and handmade signs as a tribute. 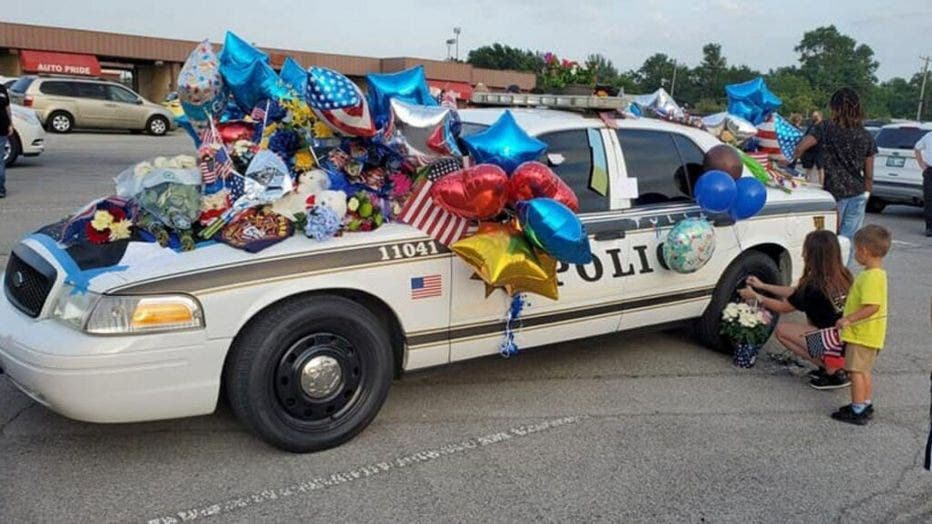 Johnson and rookie officer Aurash Zarkeshan were shot at about 3:30 a.m. Monday during a traffic stop. The suspected gunman, 32-year-old David Anthony Ware, was arrested following a search that lasted more than seven hours.