KANSAS CITY, Kan. — One of the two men accused of opening fire inside a Kansas bar early Sunday, killing four people and wounding five others, was arrested Sunday afternoon while the other remained at large, police said. 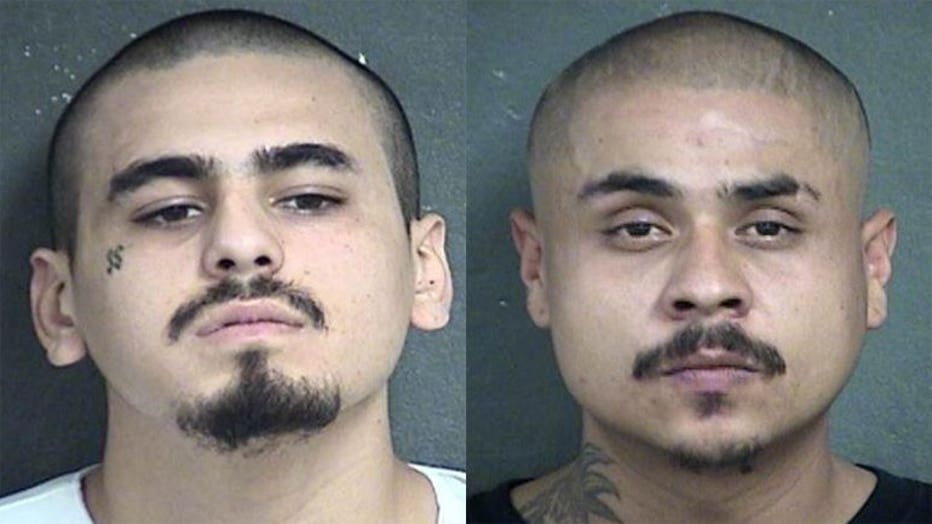 Javier Alatorre, 23, and Hugo Villanueva-Morales, 29, were each charged with four counts of first-degree murder, police in Kansas City, Kansas, said in an early Monday release. Alatorre was arrested late Sunday afternoon in Kansas City, Missouri, but police were still looking for Villanueva-Morales, who is considered "armed and dangerous." Bail for each was set at $1 million.

The two men, both with criminal records, apparently had a disagreement with people inside Tequila KC bar, left, and then returned with handguns a couple hours later, police spokesman Officer Thomas Tomasic. The shooting was captured on surveillance video, which police weren't releasing. 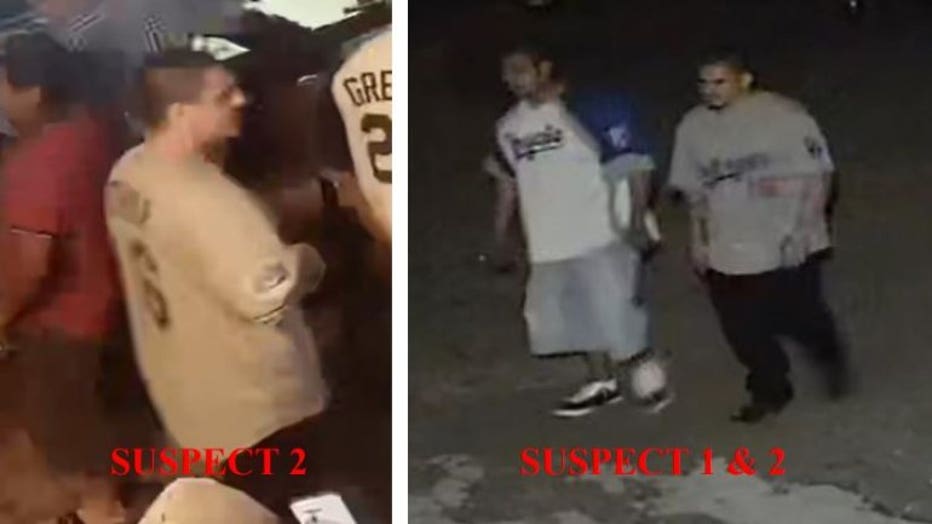 Bartender Jose Valdez told The Kansas City Star that he had refused to serve one of the suspects on Saturday night because the man had previously caused problems at the bar. Valdez said the man threw a cup at him and left, but returned later with another man shortly before closing time. 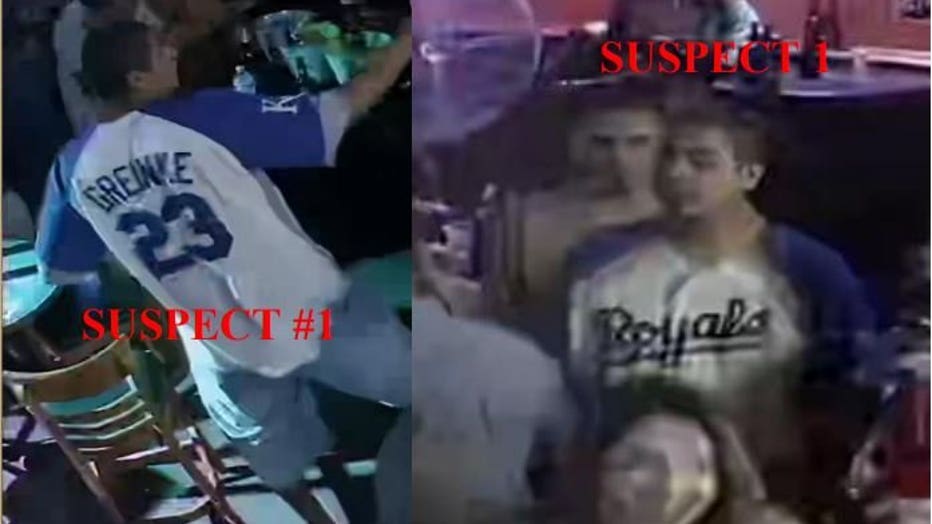 Around 40 people were inside the small bar when gunfire erupted, Tomasic said. The gunfire sent people running for the exits, with the injured leaving trails of blood as they fled. One of the injured was trying to get a ride to the hospital when ambulances arrived. 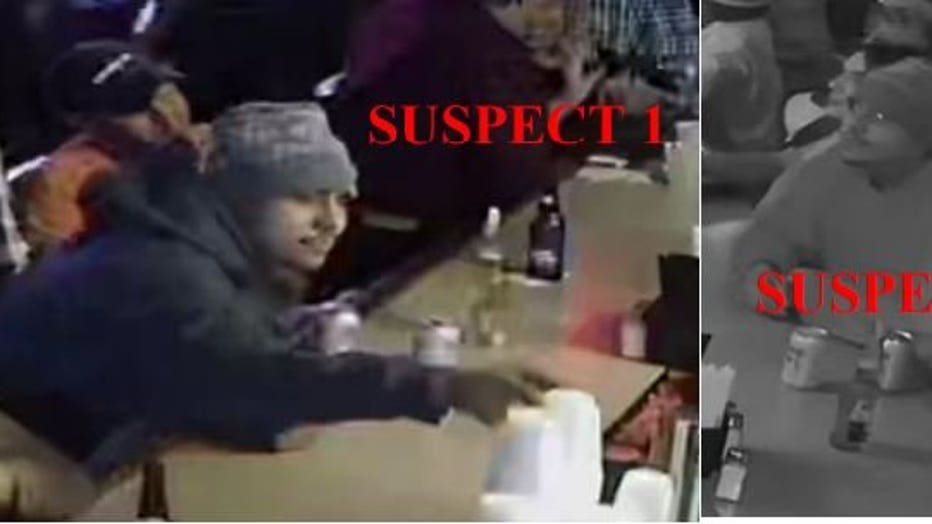 Valdez said he thought the building was "going to cave in" and that three of the people killed were regulars whose parents also frequented the neighborhood bar.

"I don't know what to make of it. A sad day for everybody who lost their lives and their families," he said, choking up. "How can you go into a place full of people and just start shooting?" 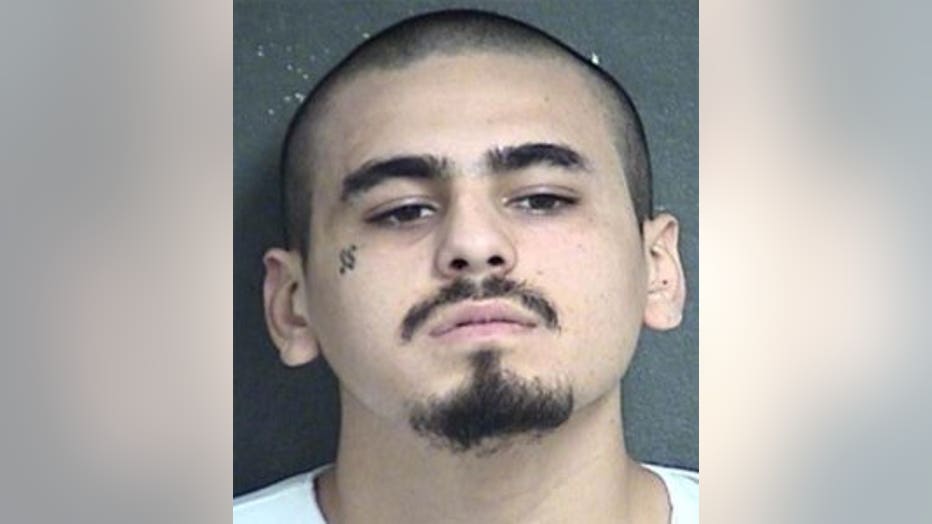 Alatorre is currently jailed in Missouri after he was arrested without incident at a home that court records listed as his place of residence. Kansas City, Missouri, police, the FBI, and the Bureau of Alcohol, Tobacco, Firearms and Explosives assisted in the arrest, Tomasic said.

He will have a first appearance in coming days in Kansas, said Wyandotte County District Attorney's Office spokesman Jonathan Carter. Alatorre doesn't yet have an attorney. Carter said it's too soon to determine whether prosecutors will consider the death penalty in the case. 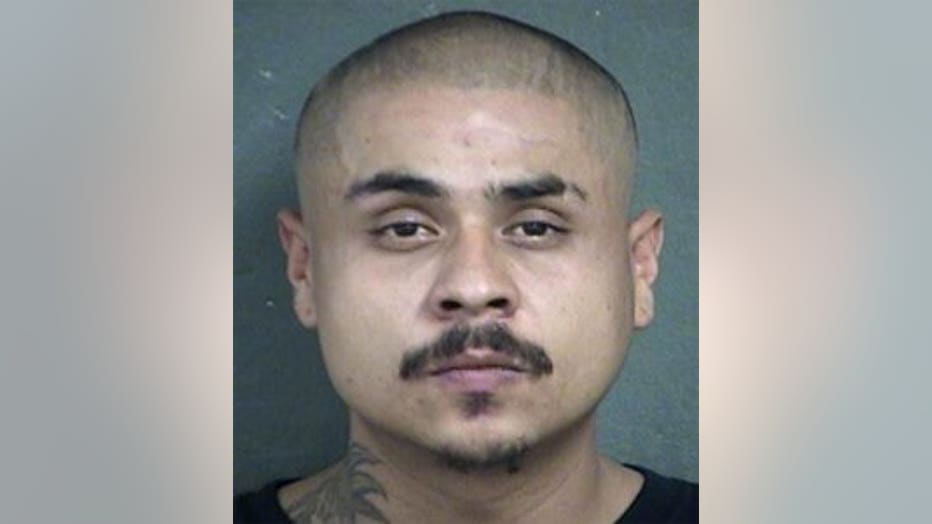 Villanueva-Morales had a pending third-degree assault charge in Missouri. Alatorre, meanwhile, had past convictions for fleeing or attempting to elude law enforcement in Kansas and for driving while intoxicated in Missouri. He also had pending charges in Missouri for tampering with a motor vehicle, possession of a controlled substance and resisting or interfering with arrest, detention or stop. And in 2017, an order of protection had been ordered, barring him from abusing, stalking and possessing a firearm.

All four men who were killed were Hispanic, but Tomasic had said authorities did not believe the shooting was racially motivated. The shooting happened in a neighborhood with a large Hispanic population.

Among the dead was a man in his late 50s, another in his mid-30s and two in their mid-20s, police said. Authorities did not immediately release their names.

However, Juan Ramirez, of Kansas City, Kansas, told the newspaper that his 29-year-old nephew was among those killed. He said his nephew left behind a 6-year-old son and a 4-year-old daughter.

"I don't wish this upon anybody," Ramirez said. 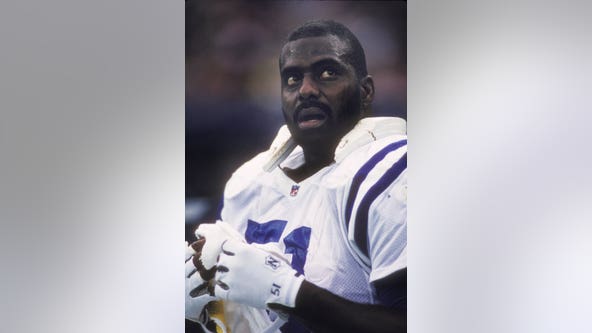