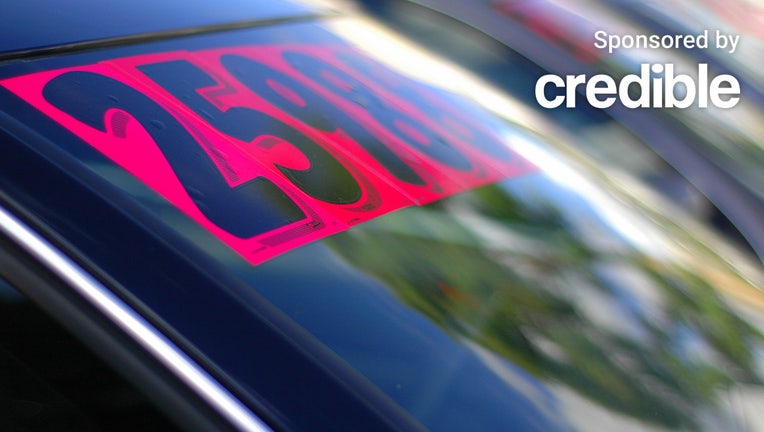 Amid rising inflation, many Americans have begun to cut back on driving and may even forgo purchasing a car, according to a recent survey. (iStock)

Many Americans have changed their driving habits and plans to buy a car amid high gas prices and rising inflation, according to a recent survey from Quicken.

As prices rise across the U.S., many Americans said they've changed their daily lifestyles, including how much they eat out and the foods they buy, according to the survey. And about two thirds (66%) also said they cut back on how much they’re driving.

Only 9% of respondents said inflation has not affected their financial situation. The survey also said that "lower-income Americans are feeling the pinch most acutely, but the pain is widespread."

Inflation surged in June to a new 40-year high, according to the Bureau of Labor Statistics (BLS). The Consumer Price Index (CPI) rose 9.1% annually, marking the fifth time inflation has broken that record this year. The greatest drivers of inflation last month were rising prices for gas, rent and food, according to the BLS report. The gasoline index increased 11.2% from May to June.

If you are looking to lower your auto costs, you could consider switching your insurance provider to reduce your monthly payment. You can visit Credible to find your personalized interest rate without affecting your credit score.

Drivers change their minds about buying a car

About 30% of Americans had planned to buy a car in 2022, but rising prices led about 60% of those potential buyers to reconsider, according to Quicken’s survey. Another 21% said they had planned to buy a home this year, but about two thirds (69%) of them are now reevaluating that choice.

Those that changed their mind on these purchases said the decision was influenced by changes in the rental market such as rents going up (37%), rising interest rates (33%), gas prices (32%) and the stock market (19%).

The average monthly payment for a new car climbed to a record $712 in May, as used car prices also continue to increase, according to a recent report from Cox Automotive and Moody’s Analytics. The latest report from the Bureau of Labor Statistics (BLS) showed that the prices of used cars and trucks increased by 7.1% while the price of new vehicles jumped 11.4% over the past 12 months ending in June.

"In these uncertain financial times, having a clear picture of your finances is more important than ever," Quicken CEO Eric Dunn said. "This knowledge can help you understand your options for adjusting your spending so that you can stay on track to meet your long-term financial goals."

About 27% of Americans said they have cut back on necessities such as housing and food over the past two years as they attempt to build their savings, according to the survey. About 47% of these respondents said this has helped them build an emergency fund while another 22% said they are looking to invest in the stock market.

But as Americans make changes to their budgets, the Federal Reserve has continued to do what it can to attempt to bring inflation back down.

The Federal Reserve recently released the minutes from its June meeting, showing that another 75-basis point rate hike could be on the table at its next Federal Open Market Committee (FOMC) meeting in July. In June, the Fed raised rates by 75 basis points, the highest increase since 1994. The increase was the third interest rate hike of 2022 and pushed the federal funds target range to 1.5% to 1.75%.

After inflation rose 9.1% annually in June, economists agreed that the Fed is likely to raise the federal funds rate by 75 basis points in July.

If you are struggling with rising inflation, one way to cut back on expenses could be to change your car insurance provider. To see if this is the right option for you, contact Credible to speak to an auto insurance expert and get all of your questions answered.