MILWAUKEE (WITI) -- If you’re not a fan of winter you’re probably not in a great mood at the moment.  Since the first snowflakes fell in November we’ve seen over 43” reach the ground. In addition, temps have dipped below zero 15 times. Those bitter cold mornings helped make this January the 19th coldest out of 145 Januarys on record.

So when the forecast calls for the next inevitable round of snow it may feel like nature is adding insult to injury (or is it inSALT to injury?). It’s even worse is when you brace yourself for an expected amount of snow that either never arrives, or doubles your expectations.

So why aren’t snowfall forecasts always right? What goes wrong? And how do we make the information better?

When a meteorologist prepares a forecast for a specific amount of snow a few variables have to be worked out.

1) How much moisture is available in the atmosphere to make snow?

2) What kind/shape of ice crystals make up the snow? Will they stick to make bigger flakes?

3) Is there any dry air sneaking in below the falling snow that would erode the amount?

4) When does the snow arrive and leave?

5) Do all the ingredients come together at the right time? And for how long?

The full list is a little longer but you get the idea.

A meteorologist’s crystal ball in the endeavor to figure out the future is the numerical weather model. Multi-million dollar supercomputers crunch through math and physics equations to illustrate what skies may look like the next few days.

So here’s where things might go wrong. The models can only compute the data they are given. In the U.S. each day weather balloons are sent skyward, once in the morning and again in the evening from around 100 launch sites. Our nearest sites are Green Bay, WI and Davenport, IA.

Where weather balloons are launched twice per day

The balloons rise through the atmosphere radioing back information on temperature, humidity, wind speed, wind direction, etc. The supercomputers ingest this data to start their forecast. Weather information between launch points are interpolated or estimated by the computers.

BINGO! Here lies one of the biggest problems in weather forecasting. Any atmospheric irregularities not caught but a weather balloon is missed! Let’s say something fishy is in the air over Madison (political jokes aside), the jetstream is stronger, the air is drier, the temperature high above is hotter…  whatever.  The weather balloon launches from Davenport and Green Bay will never pick up on this. 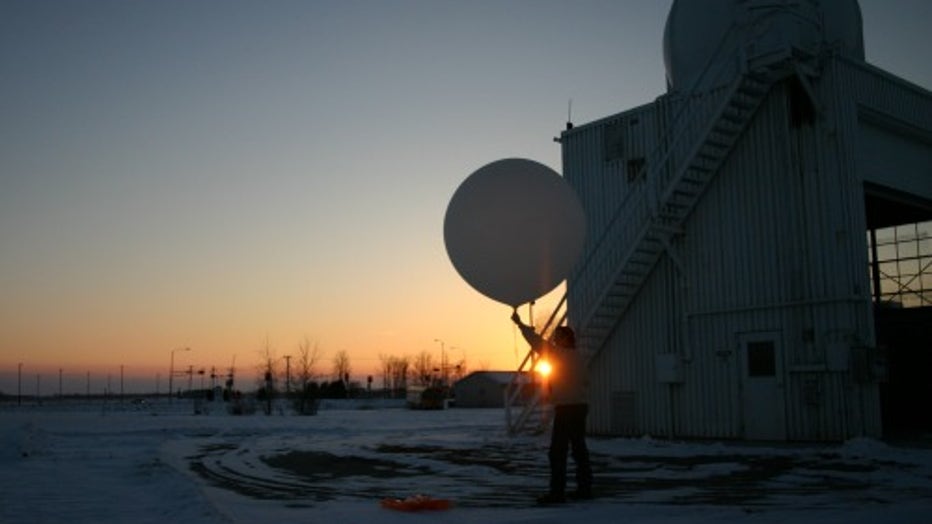 Meteorologists at the Nat. Weather Service in Green Bay launch a weather balloon

A few aircraft passing nearby can also provide info to fill some gaps but you can clearly see there are holes in the data provided. It’s simply impossible to take a snapshot of every piece of the atmosphere, top to bottom, at once.

Thus, the forecasts you get on TV, online, on the radio, or in a newspaper are ALWAYS based off incomplete data in the first place. It's like playing a sports team you've only scouted for 5 minutes of a 60 minute game.

This is a problem for meteorologists to deal with. However, there is something you can do to make sure you’re getting the best of what’s available. Keep up with the forecast.

The atmosphere changes and so will what’s predicted. Usually the adjustments will be small, sometimes a big correction will be needed. The most recent forecasts are the ones you can trust the most. Don’t let your weekend plans rely on a forecast you heard on Monday or Tuesday.

Also, some media outlets love to grab your attention with wild predictions of extreme weather. We know it catches the attention of some when our weather office phone is ringing off the hook with callers asking “what happened to the 18 inches of snow YOU GUYS said we’d get?” Even though “you guys” is really some other guys who may not even be forecasting for southeast Wisconsin.

Best advice I can give you, find a reliable source… ahem, like FOX6. We won’t get it right every time but we’ll keep working hard to get it right as much as possible.