UNITED STATES -- We might still just be at the beginning of hurricane season but it had an early start this year. Notably, post-Tropical Storm Cristobal, which gave Wisconsin it's fourth tropical cyclone on record, but ever since then the Atlantic has calmed down.

According to the National Hurricane Center, no tropical development is favored in the next 48 hours anywhere from the United States to Africa, but that streak will likely last longer than that. 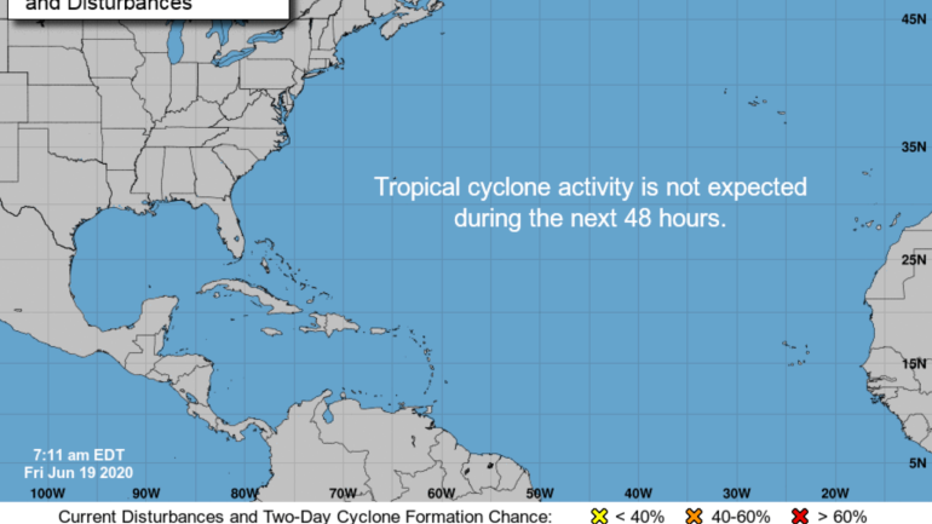 Even looking at current visible satellite data, there's hardly any activity going on in the Atlantic. While peak hurricane season doesn't occur until September, generally there is at least some promising disturbance that could lead to a tropical cyclone at any given time. So what is the reason? 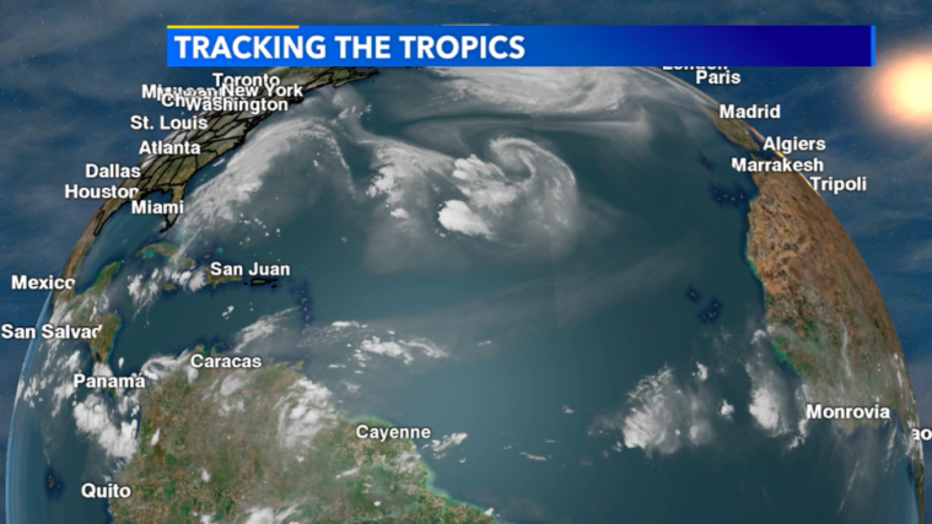 Hurricanes and other tropical cyclones require vast amounts of moisture to sustain themselves. This is why storms weaken so drastically when they make landfall. Looking at current particulates in the upper atmosphere, you can see why we have no tropical development. There's hardly any moisture in the air!

Saharan Dust is pluming in the Atlantic and heading towards the United States in the next week. This mass amount of dust is an indicator of dry upper-level air. The dust just indicates dry air, it is not why hurricanes can't form. In order for raindrops to form they need to condense onto these small particles of dust but without much moisture in the atmosphere in the first place this can't happen. 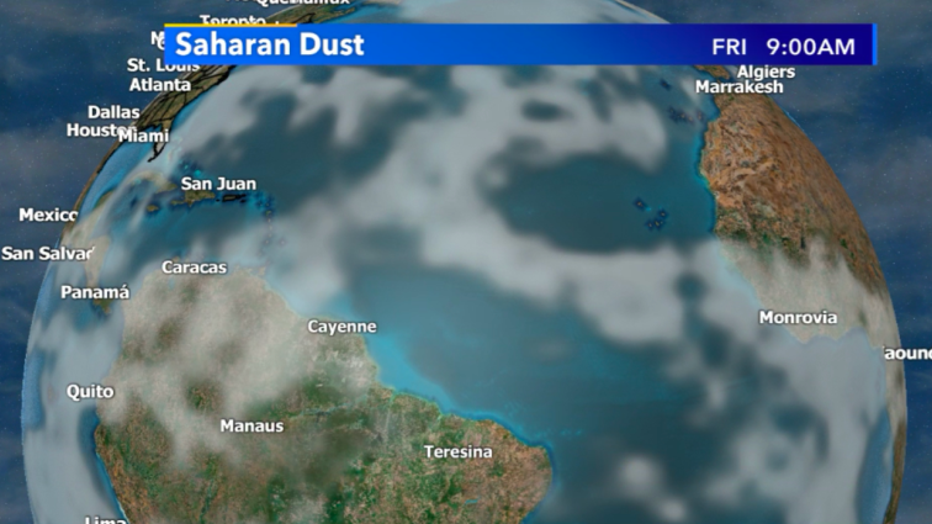 Satellite view of Saharan Dust in the upper atmosphere as of Friday, June 19

The amount of dust over the Atlantic can be a key indicator of whether or not we'll enter an inactive stretch of tropical development. Based on the current situation forecasters can be confident in saying the Atlantic will stay quiet for the next few days.