We’ve reached an interesting point in the calendar, a time of year when winter blends with spring. In fact going by the calendar, astronomical spring doesn't start for another 2 weeks (it lands on the 20th this year). But meteorological spring began on March 1st, since it follows the 3 coldest months (December, January, and February). So in a way we are in both winter and spring at the same time, which goes hand in hand with the type of weather early /mid March typically brings.

This can be a tricky time for meteorologists. With all the variables and all the measurements we look at to make a forecast the data doesn’t always point to the same result. Tuesday and Wednesday of this week are perfect examples.  Just days after 4-8” of snow blanketed southeast Wisconsin, a warm south wind surges into the area along with ample sunshine. So which wins out, the snow or the warm breeze and sun? Will the snow keep temps near the ground colder than the air above while reflecting the sun’s rays?  A meteorologist can go crazy trying to come up with a single temperature for a daytime high. In fact as I type this Tuesday afternoon, part of the FOX6 viewing area is in the mid 40s while others are in the low 60s despite the fact that conditions are basically the same. Everyone has sunshine and a brisk south wind. The difference maker for the temperature…  some areas started the day with 10” of snow cover while others started with 2”. 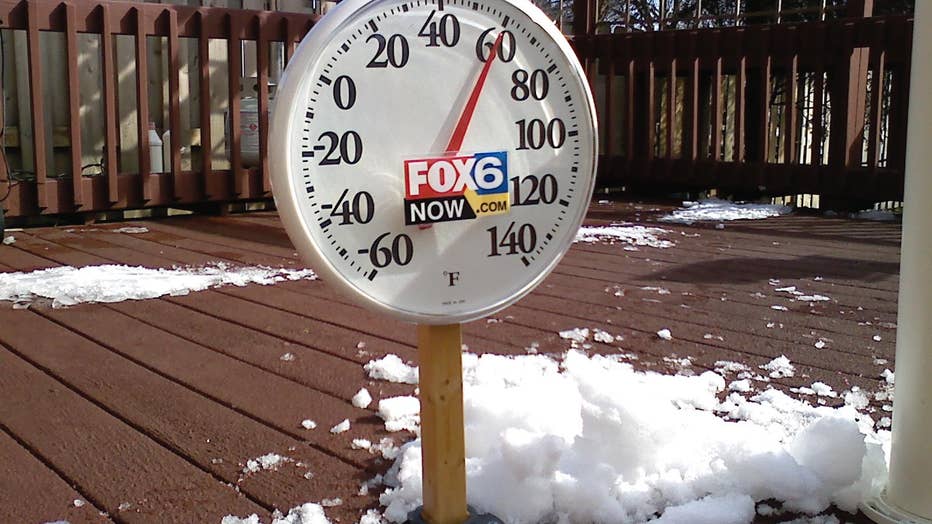 Other days it’s a bit more clear who wins the battle between spring and winter. Last March gave us a +14” snowstorm on the 2nd, and followed up with 65° on St. Patrick’s day! As March wears on our chance for a spring day begin to exceed our chance for a winter day. The main reason is, of course, more heat from the sun. On average we gain about 2.7 minutes of daylight each day this month. The rate exceeds 3 minutes per day right around the equinox. Not only do the days get longer but the sun angle gets higher allowing it to focus the same amount of incoming energy over a smaller area.

Whether you’re soooo ready for spring or hoping to make a few more $$ off a decent March snowfall there is still a solid chance the weather will make you smile, then frown just a few days later.