Storm made it rough on the roads, fun for kids on the sled hill

Storm made it rough on the roads, fun for kids on the sled hill

MENOMONEE FALLS -- Snow fell steadily across southeast Wisconsin Sunday, Feb. 9 -- causing problems on the road, while bringing joy to kids who had fun out in it.

"I take my time," said Kwami Barnes. "I buckled up. I was wondering if it even plowed today. That's how bad it's been." 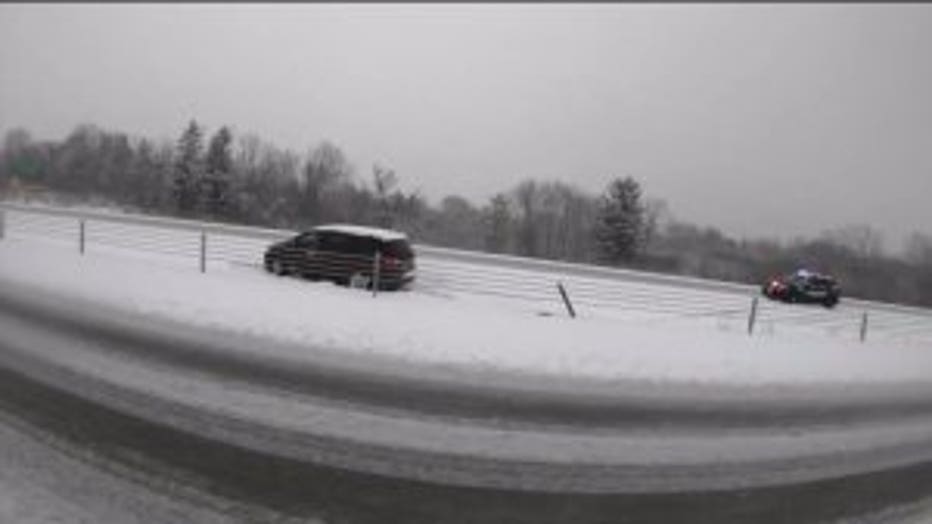 FOX6's cameras captured plenty of vehicles that slid off the roadway or wrecked in the snow.

"Driving from Milwaukee to Menomonee Falls has been slippery and slow," said Barnes.

At C&R Hardware in Slinger, whiteout conditions outside made an impact inside.

"The entire winter, we've been busy," said Jake Rosenkranz, owner of C&R Ace Hardware. "We've sold through almost all of our shovels. We are now ordering our second supply of salt for the year." 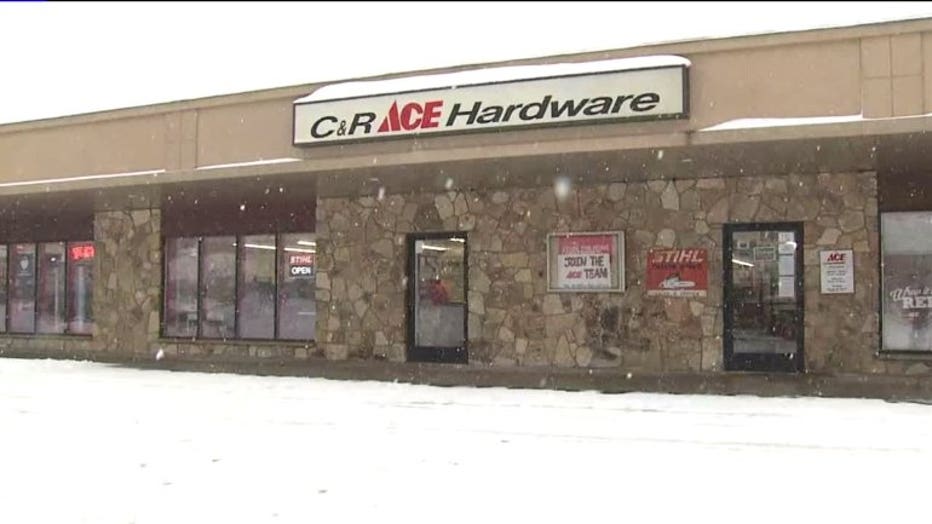 Rosenkranz said it's been hard to keep shelves stocked.

While the weather was a headache for some, the picturesque snowfall brought joy to many others. 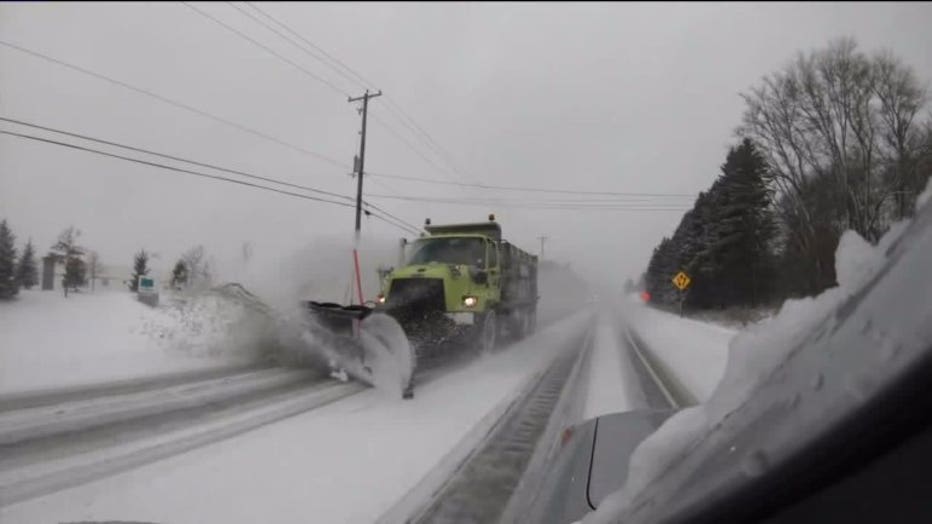 "I think the snow is a lot of fun because it makes winter more enjoyable," said Brooke Stanley.

Rotary Park was filled with sledders like Stanley and her younger siblings.

The kids had a blast going down the hill, and then, a literal uphill battle. 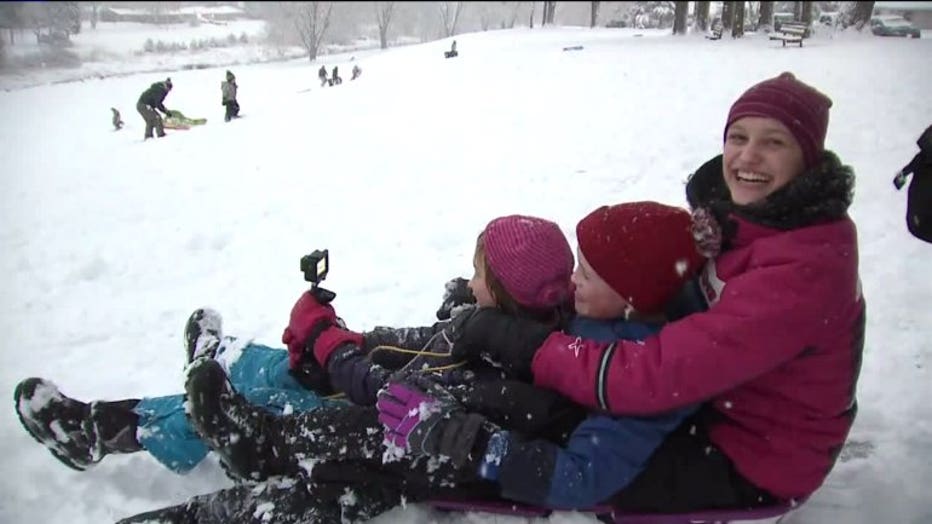 "It's super fast, and it's kind of a little bit difficult to get back up," said Aubrey Damato.

While the roads were in significantly better shape by Sunday night, we hope you were able to relax, and enjoy the snowfall from your couch! 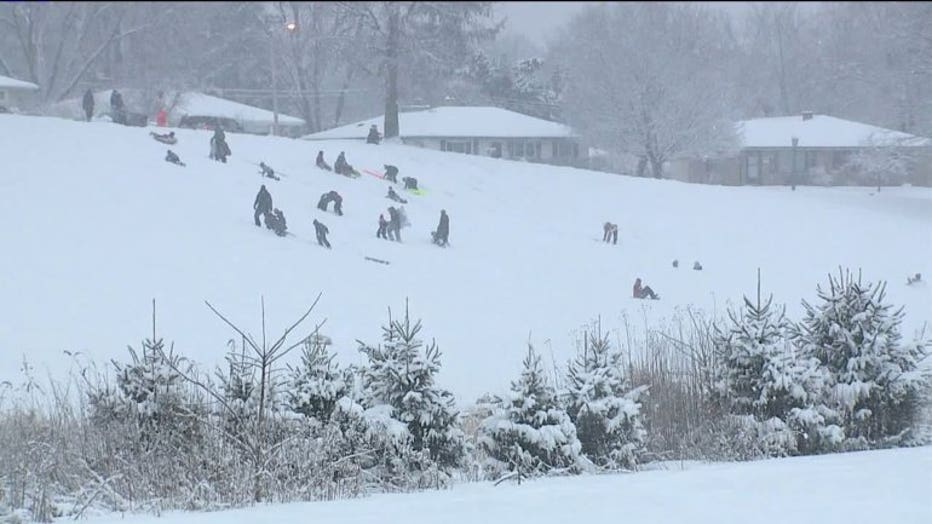