CENTRAL AMERICA -- As of Thursday, June 4, Tropical Storm Cristobal is still located over the Gulf region of Mexico. Over the next 24 hours, it's forecast to weaken as it stays landlocked, but by the weekend, it heads back over water. 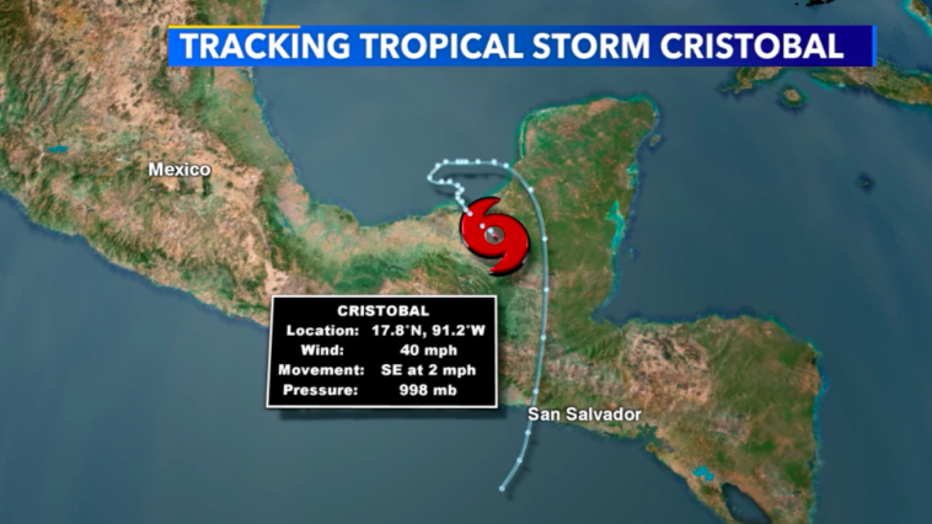 Cristobal is not expected to strengthen into a hurricane at this time, according to the National Hurricane Center. But future models continue to favor a northern track into the southern United States. By early Monday morning, Cristobal will make landfall in Louisiana with sustained wind speeds of 60 mph.

Heavy rain will follow as the storm weakens, heading inland towards Arkansas. 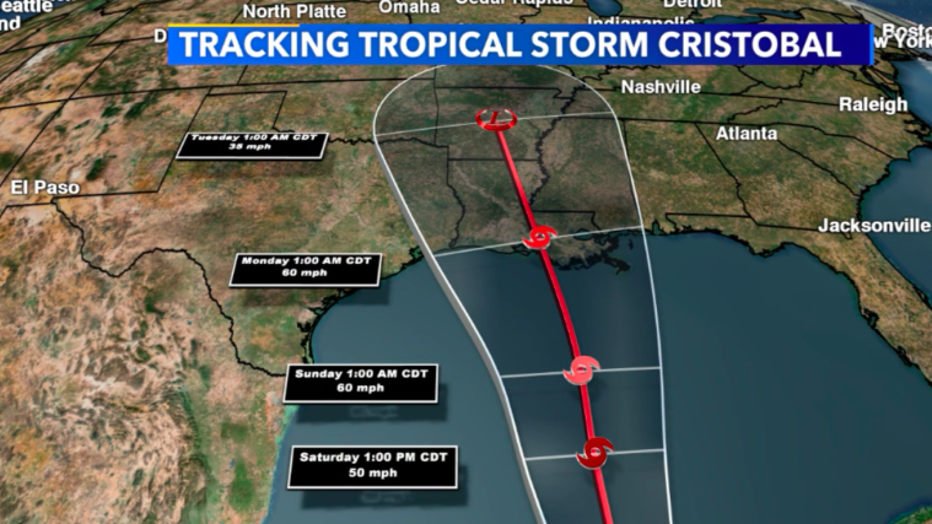 Cone of uncertainty for Cristobal between June 6-9

In order to be considered a hurricane of at least Category 1 status, sustained one-minute wind speeds must reach 74 mph. Cristobal is expected to stay well below this threshold as it makes landfall.

While the overall storm motion is starting to rotate, Cristobal is lacking a defined eye that typically forms as tropical storms strengthen into a hurricane.

To track this storm for yourself, the National Hurricane Center is a great resource to learn what the status of Atlantic and Pacific storms are. 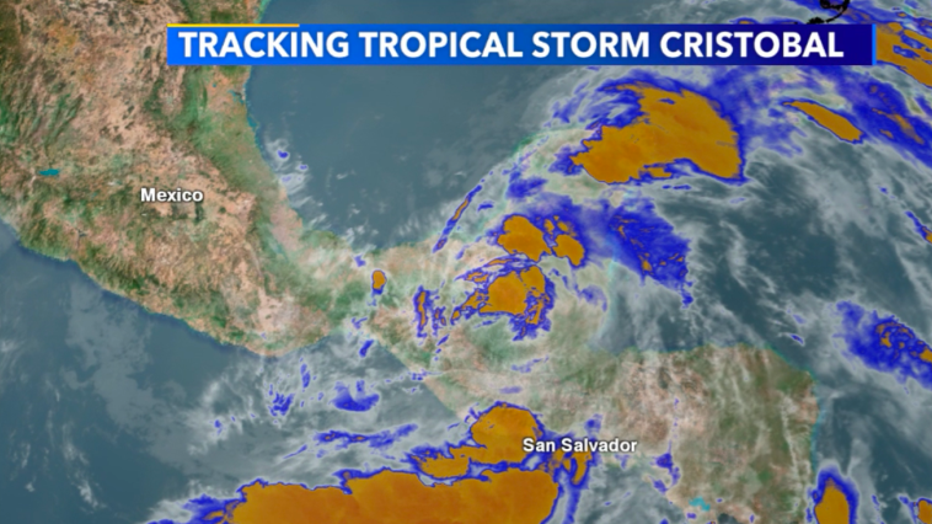