"The rain was coming sideways real hard against our mobile home, the doors flew off the hinges - out of nowhere just blew off, then all of our windows busted in our whole trailer," said Preston Black

Black recounted the moments leading up to the storm hitting his mobile home with his parents, wife, and 6 children inside.

"All my children were grouped around me and I covered them up. The trailer turned upside down. We got in the air and it felt like we were just floating for a few seconds, and then everything just exploded... the trailer just flew apart," said Black.

Preston Black said he fell back to earth, his face hitting the ground first.

"It felt like I was being buried alive... my legs were stuck, everything was pitch black, and everything was just on me it was heavy - I couldn't lift nothing off of me, I was trapped."

Preston says he later learned a washer/dryer, a refrigerator and two layers of walls were on top of him, but his focus was on his family.

"I love my wife, we have been married. This year will be 14 years and she is laying there unconscious... she was getting crushed and, ugh, and I rolled over next to her."

With severe pain in his chest and shoulders, Preston says he worked on pure adrenaline to lift the mountain of debris enough for his family to pull his wife to safety.

"When I let go, everything just collapsed back on top of me," said Black.

Preston said other friends and family worked to get him free of the trailer.

"When I kinda came to I was in total shock and I looked around and our whole trailer is gone. Our home was disintegrated - there was nothing there but just pieces- all you can hear is just little kids screaming all over the place," said Black.

In excruciating pain and becoming short of breath, Preston says his best friend lifted him into his car and drove him to an El Reno hospital. In the emergency room, doctors told him he had a collapsed lung, both shoulders were dislocated, he had a broken shoulder blade, four broken ribs, and a dislocated collar bone, but his focus remained.

"All I'm asking for is my kids and my wife, I didn't know where they were and that's a horrible feeling," said Black.

Preston was eventually transported to OU Medical in Oklahoma City. He was put in a room just 5 doors down from Lena, his wife, who was suffering from a fractured pelvis, a broken shoulder, a fractured collar bone, and nine broken ribs.

The next day, Preston saw his kids.

"I got up on my own two feet and I walked down the hallway and I went to see my wife. It was hard to see her like that. I told her we are going to make it through this. I'm not going to give up we are both going to walk out of this hospital," said Black.

Preston and his wife Lena are both still at OU Medical Center.

Black says he is very thankful for all the help from his Cheyenne Arapaho tribal friends along with the community of El Reno.

They have a GoFundMe page to help out and donate. 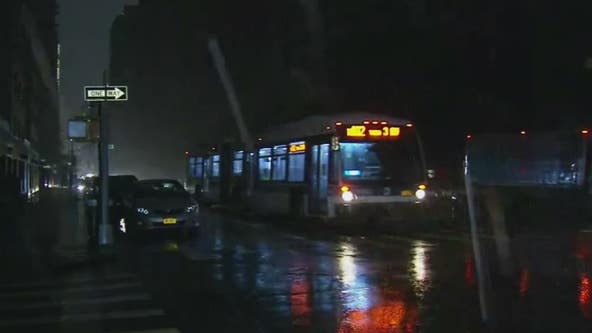