On Saturday, 60% to 70% of Port Milwaukee was flooded with up to four feet of water, which had receded by Monday, leaving major potholes and other damage in its wake. The port was reopened Monday after 48 hours out of service, and the staff was scrambling to get operations back up and running as soon as possible. 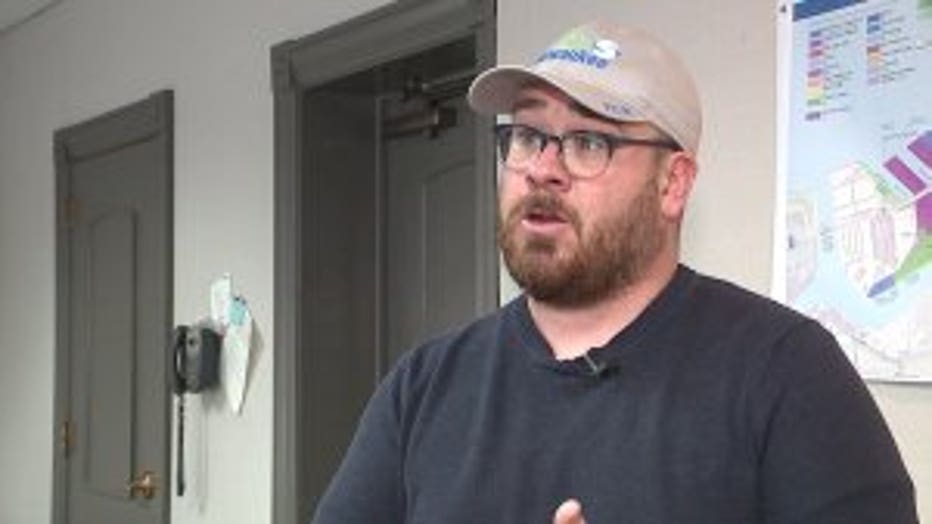 "The Port is a place where all modes of transportation come together," said Adam Schlicht, Port Milwaukee director.

The wild weather Saturday forced the port to prohibit public access to Jones Island, with winds gusting up to 50 mph, and waves reaching 6 to 8 feet (1.8 to 2.4 meters) high. The water stripped off dock wall material and covered railroad tracks with a foot of ice along Jones Island. Public access didn't resume until Monday morning.

The eastern edge of the port was hardest hit -- where the international warehouses and terminals are located. While closed for the season, Schlicht said they need to be fully functional by April or the city could lose out on major business. 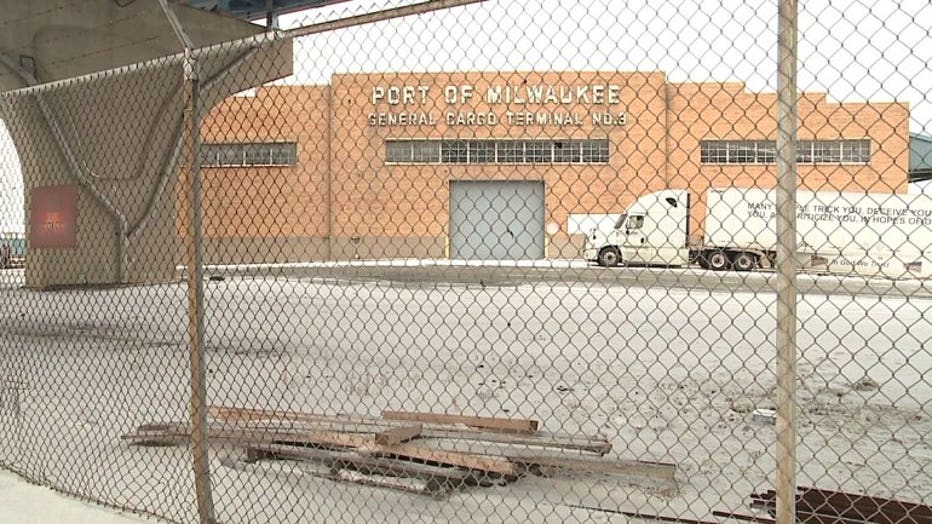 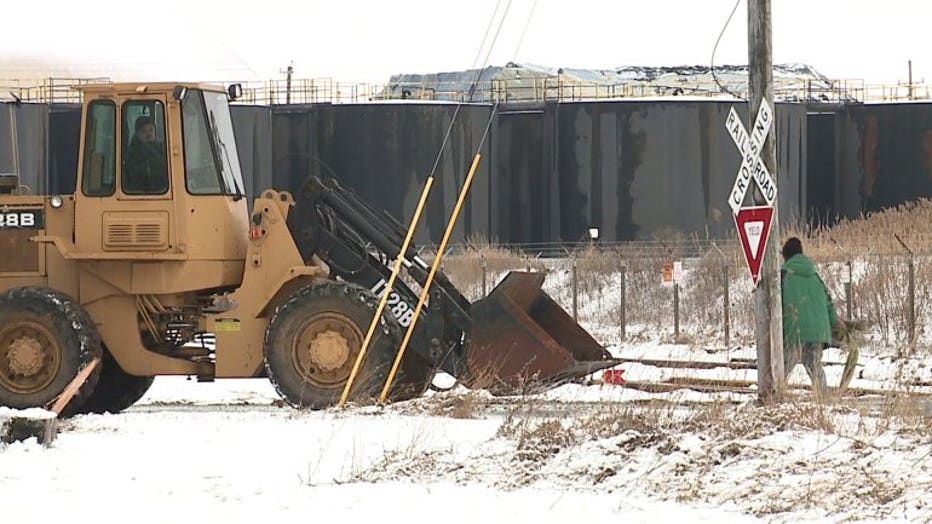 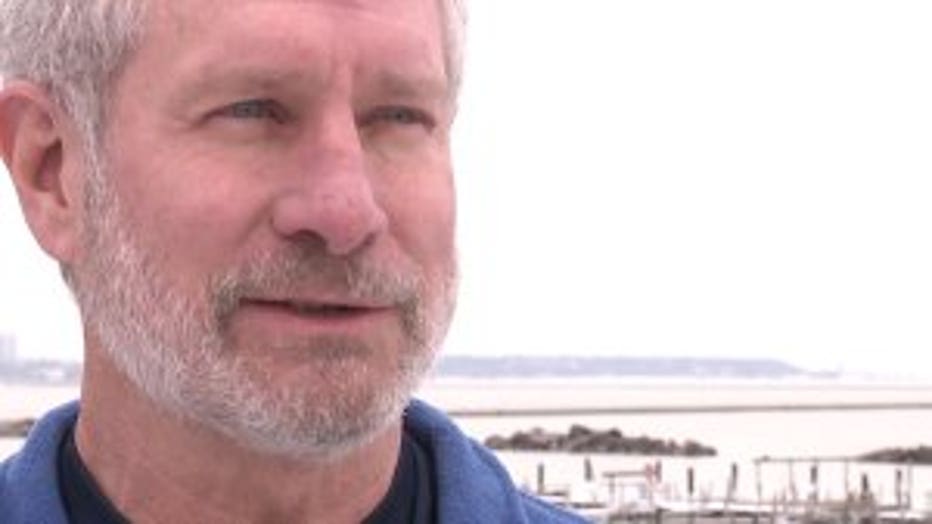 "My concern is we won't be able to do that without significant federal and state assistance," said Schlicht.

Also working around an April deadline -- the commodore of the South Shore Yacht Club, where 200 docks suffered significant damage in the storm.

"I know for myself, my heart sank, but I know for all of the members that have a lot of their heart and soul in this place, it was pretty devastating to them," said Peter Engel, South Shore Yacht Club commodore.

Engel said insurance would cover repairs, but to prevent future catastrophes, he urged the county to rebuild the break wall -- slowly deteriorating over the years. It was no match for Mother Nature. 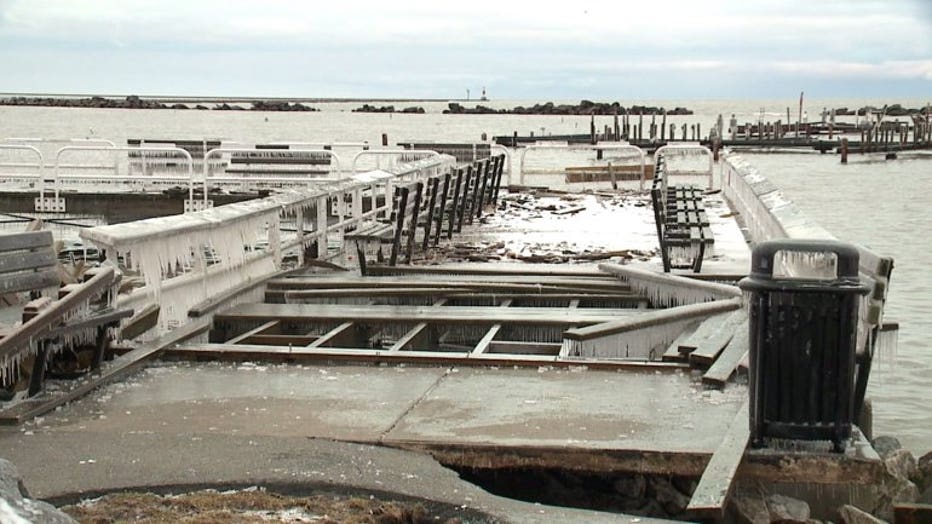 "Now, more than ever, and the forecast is, the lake is going to get higher over the summer, so the potential for continuing damage without fixing the break wall is there," said Engel. 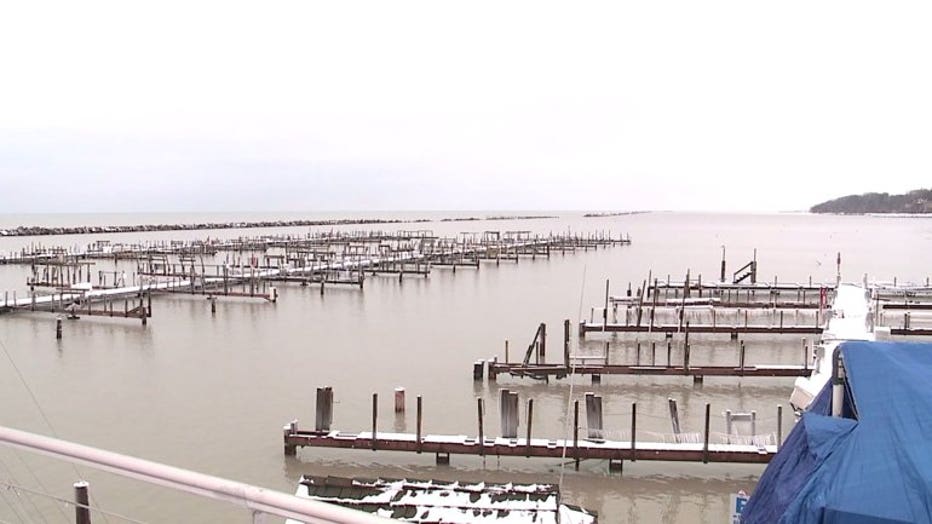 A county spokesman said engineers were assessing not only damage to the break wall, but damage throughout the county from the storm before a report would be submitted to Wisconsin Emergency Management officials to determine what funding would be available.