Meteorologist Brittney Sager and I had a little debate this week about partly sunny vs. partly cloudy. Sure either one gives you a general idea of sky conditions, but is there is there a difference? And if so what is it? How about breezy vs. windy? Believe it or not this never appeared on a meteorology test in college. OK, the bottom line is every meteorologist defines these terms a little different. But most stick to the glossary provided by the National Weather Service. You can find it at www.weather.gov/glossary

(Below: Brittney Sager and I settle the partly sunny vs. partly cloudy debate the old fashion way. I guess we let things get out of control) 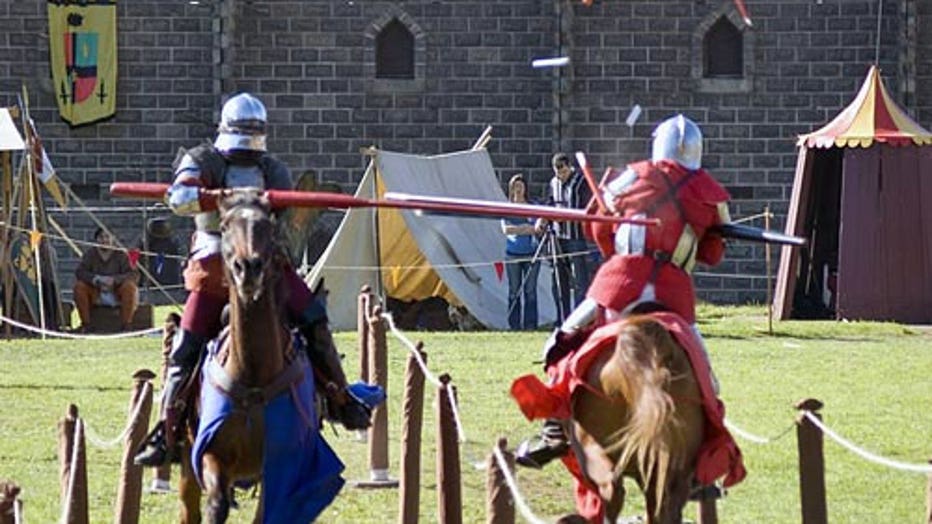 Neither of us was correct. In fact the only difference is one term is used during the day and the other at night (please tell me I don’t have to tell you which is which). The NWS glossary defines both as “3/8th to 5/8th of the sky covered by clouds”. So anything close to a 50/50 mix is partly sunny/cloudy. Mostly clear/sunny covers 1/8th to 2/8th while mostly cloudy covers 6/8th to 7/8th.

How about windy vs. breezy? There’s a specific definition for that too. One that I admit I don’t follow to the finest detail. Breezy equals winds of 15 to 25 mph while windy covers 20 to 30 mph. Scattered and isolated have definitions too but it may be easier to refer to a picture in an earlier blog I wrote (click here) using scattered and isolated M & M’s.

So the next time you’re around the water cooler and have a disagreement about what the meteorologist was “really saying” jump to the glossary. In reality it settled the disagreement between Brittney and me before we broke out the lances for a joust.