COLUMBIA COUNTY -- A brief, weak tornado was reported in Columbia County Saturday, June 16. Officials with the National Weather Service confirmed the tornado touchdown, and rated it an EF0.

According to the National Weather Service, the tornado likely formed just to the southeast of the intersection of County Road B and Dunning Road around 5:20 p.m. Saturday. The tornado was nearly stationary, and dissipated about two minutes later. No significant damage was noted.

The NWS said the tornado had peak winds estimated at 65 miles-per-hour.

Hot and unstable air over south central Wisconsin interacted with a slow-moving boundary to cause a long-lived cluster of severe thunderstorms over Columbia County during the afternoon Saturday, mostly between 3:30 p.m. and 6:30 p.m., NWS officials said.

Trees were blown down in the Portage, Poynette and Rio areas.  Also, large hail was reported, with hail as large as golf balls near Poynette. 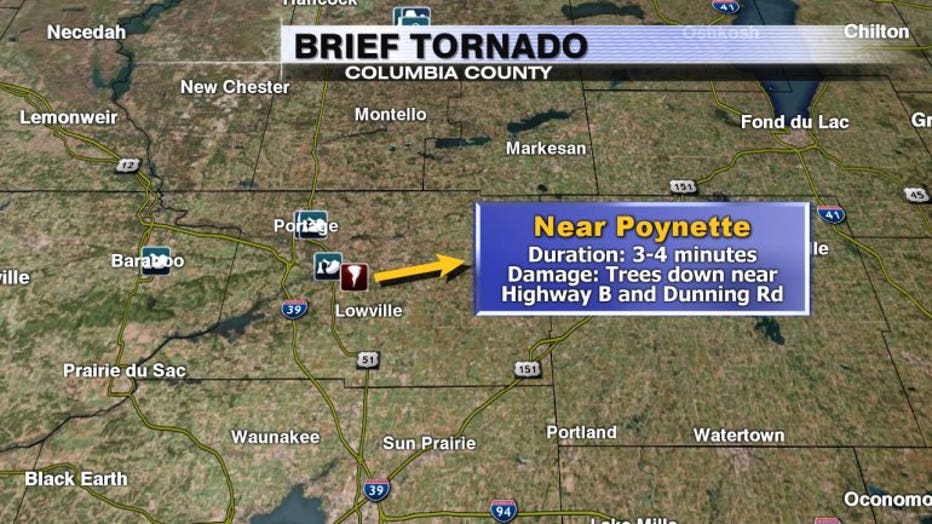 FOX6 found multiple photos of the tornado on social media.