It is Groundhog Day! And you know what that means? Absolutely nothing, although in reality many communities make a big deal out of a rodent and its shadow. In Punxsutawney, Pennsylvania, thousands of people gather to watch men wearing funny hats reach into a hole and pull out a sleepy groundhog. The animal blinks at the bright lights of the cameras and the guys with the hats make a declaration: six more weeks of winter. Or perhaps make the statement that winter is over and spring has come early.

This unusual tradition began in Germany centuries ago. February 2 is the approximate midway point between the winter solstice and the spring equinox. On this date we have made it halfway through winter. It's all downhill from here.

February 2 is also Candlemas Day. Clergy in the church would bless candles and pass them out to residents who would place them in their windows to light the dark days of mid-winter. Tradition stated that if the sun came out on this day, winter would last another six weeks.

The Old English saying reads "If Candlemas be fair and bright, winter has another flight. If Candlemas brings clouds and rain, winter will not come again."

German settlers to Pennsylvania brought their old world tradition of Candlemas Day with them. In Germany they mainly kept an eye on badgers, but in America it became the woodchuck or groundhog. Woodchucks and groundhogs are basically the same animal and go by names like land beaver or whistle pig. They belong to the group of large ground squirrels known as marmots.

Pennsylvania began observing Groundhog Day on February 2, 1886. Cities all over the country have their own groundhogs, usually at the local zoos. The Milwaukee County Zoo has Wynter, an orphaned groundhog found along the side of the road when she was 5 weeks old. 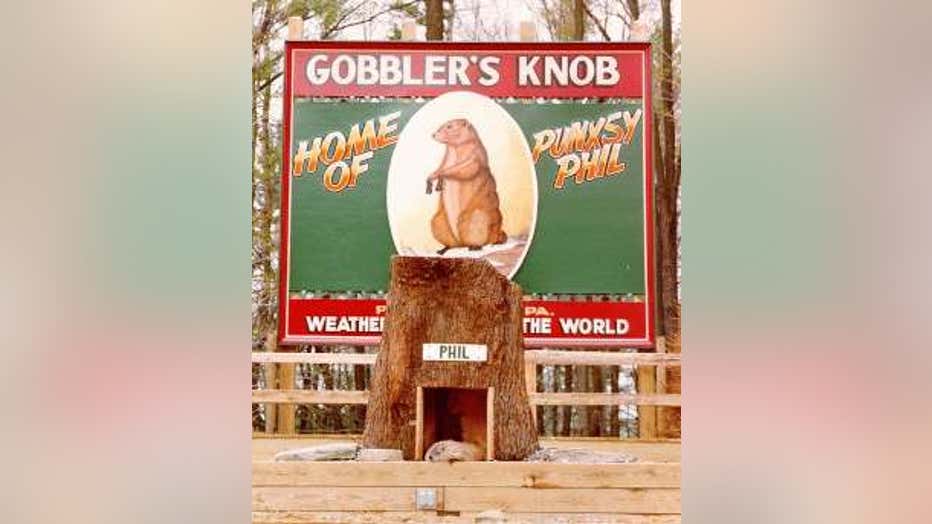 As for the predictions, the claim from Pennsylvania and Punxsutawney Phil's abode on Gobbler's Knob is that his accuracy is 100%. He is called "Seer of Seers, Sage of Sages, Prognosticator of Prognosticators, and Weather Prophet Extraordinary''. (That sounds pretty impressive and I am thinking of making that my official title as well.)

In reality, of course, does winter really end on February 2? Not in the northern latitudes of the United States, such as Pennsylvania or Wisconsin. We can have our harshest winter weather in February and March. April has been known to kick up a snowstorm or two around here, too.

So I feel badly for Phil, Wynter, and all of the other large marmots that are dragged out of their comfortable beds on February 2. Perhaps it would be better if they let the fuzzy creatures wear those hats.