On September 13, 2011 most of us woke up to a funny smell and mysterious haze over southeast Wisconsin. Was a neighbor burning leaves? Was a house on fire nearby? Many were shocked to learn the smoky haze hanging over the ground was coming from a forest fire in northeast Minnesota. That’s the day we learned of the Pagami Creek fire which started almost a month earlier. As of today, October 8th, that fire still burns but is 71% contained.

The Pagami Creek fire may sound huge at over 92,000 acres, but 140 years ago today North America’s deadliest fire consumed 1.2 million acres and ended the lives of 1,200-2,400 people. You may remember it from your 4th grade Wisconsin history class: The Great Peshtigo Fire.

The cause of this historic fire has its roots in the weather that summer/fall. A nasty drought hit the upper Midwest. Vegetation was dry and conditions were ripe for a disaster. During this time period, small fires were common. According the website www.peshtigofire.info passing locomotives often caused fires as sparks flew off the engines and into the dry, dead brush and trees cleared for the railway. Loggers and farmers would use slash and burn techniques to clear the land. Most of the time these fires did not get out of control. But in October of 1871 the Northwoods of Wisconsin had practically turned to kindling. Meanwhile a strong low pressure system set up over the Central Plains and Rocky Mountains. The low pushed a strong, dry, and warm wind into the Midwest. No one knows for sure how the Great Peshtigo fire started. Some even hypothesize a comet or meteorite broke into pieces and started several fires in the Midwest. In all likely hood, several small fires converged into what turned into the Great Peshtigo Fire. 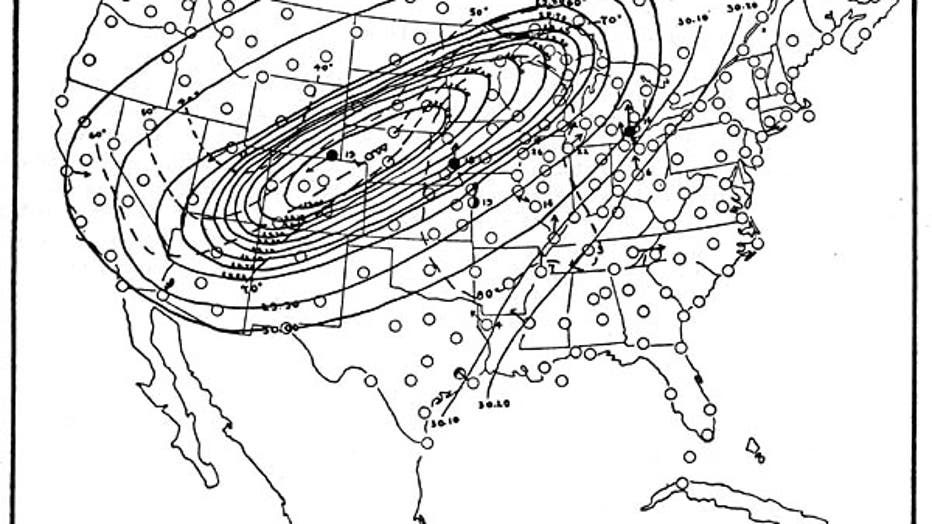 Outside of Wisconsin, the most famous fire from that same day is the Great Chicago Fire. Contrary to popular belief, that fire likely didn’t start from Mrs. O’Leary’s cow kicking over a lantern. The reporter who inserted that explanation into a story about the fire later admitted he made it up. Other fires destroyed towns in Michigan as well. But whether it was a startled cow next to a poorly placed lantern, a locomotive shooting sparks into dry brush, or loggers scorching what they couldn’t use to clear the land, weather played the main role in starting and spreading The Great Peshtigo Fire and several more around the Great Lakes 140 years ago today.