SOUTHEAST WISCONSIN -- Milwaukee is in the middle of one of its warmest winters in over 80 years. On Friday, Feb. 14 the temps will plummet below zero for the first time since the beginning of March 2019. 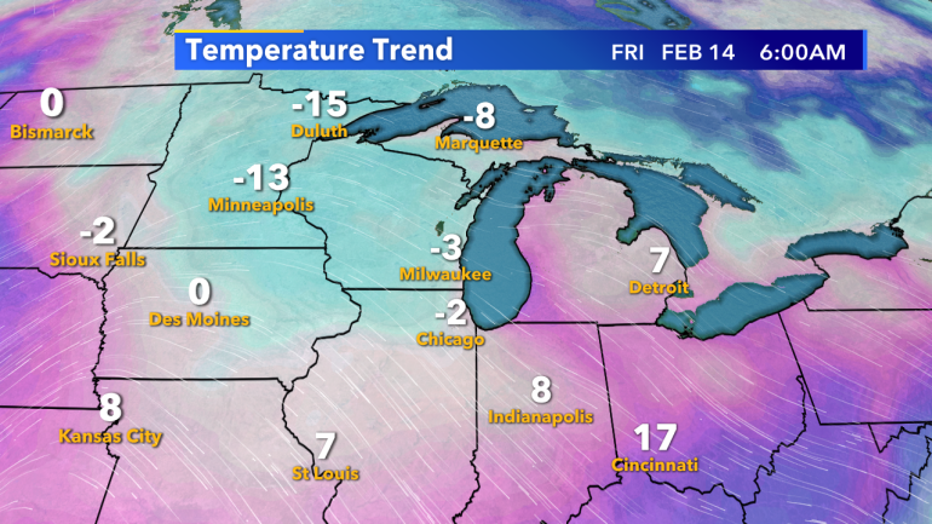 Not only will the temps be frigid but wind speeds 10-20 mph will produce dangerously low wind chills to start Friday, Feb. 14. The farther NW you go the farther the wind chill drops. 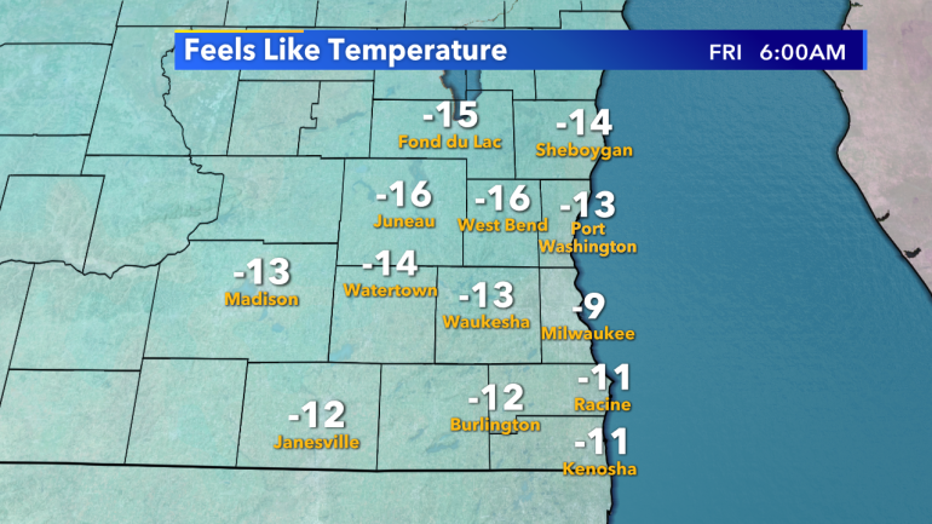 The polar air mass or otherwise famously known as the "Polar Vortex" has been relatively stable all winter. Arctic outbreaks of cold air haven't reach Wisconsin more than just a glancing blow. This cold snap would qualify as a glancing blow as it'll be over with by Saturday, Feb. 15. 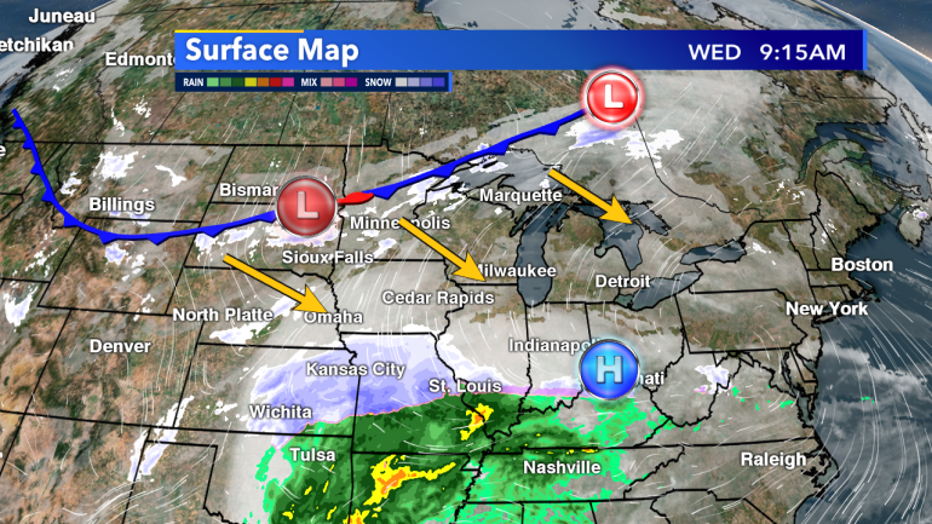 The cold front that will bring Arctic air later this week

Although we've been mild, Alaska has experienced a rather nasty winter thanks to that same stable polar air mass. According to the National Snow & Ice Data Center, we began winter with record low Arctic sea ice extent but now we have returned within the minimum interdecile range.

It's optimistic to say that's a good sign as we're still on pace for below-average (1981-2010) sea ice coverage.  But on a positive note, Arctic sea ice won't be as alarmingly bad as how it looked earlier in the Fall. 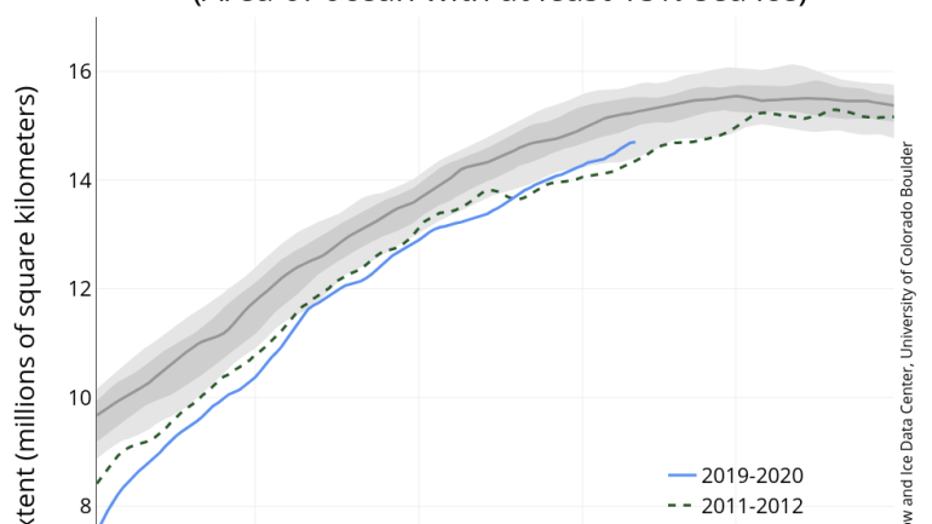