When it was discovered in late 2012, some predicted it would be the comet of the century! (Does anyone who says this realize the century is only 14 years old?). However, comet ISON's journey took it a little too close to the sun and it now appears the speedy space traveler is toast.

The chunk of ice, rock, and dirt zipped across our solar system at nearly 100,000 mph. As the sun's immense gravity pulled it closer its speed multiplied. But the hope of seeing ISON sling-shot around the sun quickly faded shortly after ISON reappeared. 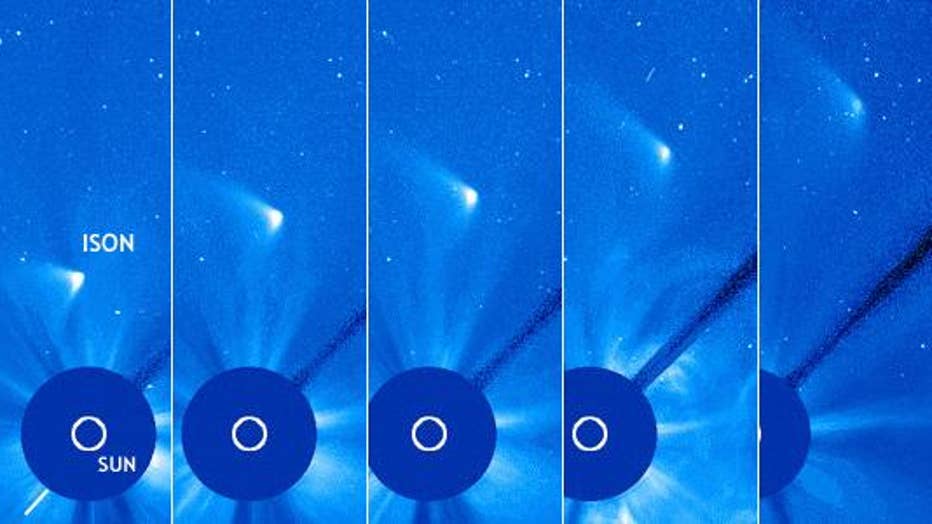 It seems this frozen flying object, about 1 mile across at its core or nucleus, couldn't survive coming within 724,000 miles of the sun's scorching surface. By comparison the sun's closest planet, Mercury, is 50 times further away!

Scientists believe ISON broke apart while curving around the sun leaving fragments behind. Those fragments are venting off what little ice is left through sublimation (ice turning to vapor while skipping the water stage). Cancel the party, ISON is not coming for the holidays.