ATLANTIC -- We're finally starting to see Saharan Dust arrive in the Americas and the change in visibility is drastic. A before and after shot in the Caribbean shows just how much visibility is reduced over long distances. But this is much more common than you'd think.

Throughout hurricane season, it's very normal for countries lining the Caribbean Sea to see these waves of reduced visibility and air quality. This photo is over a long distance, and if this was fog here in Milwaukee, it wouldn't even warrant a dense fog advisory.

The thickest plume of dust is currently just south of Cuba -- and over the next 24 hours will move into Texas and the southern United States. This is also quite normal for this time of year. While respiratory impacts are greatest in the Caribbean, by the time it reaches Texas, it's still common for hazy conditions to occur before the density becomes more diluted. 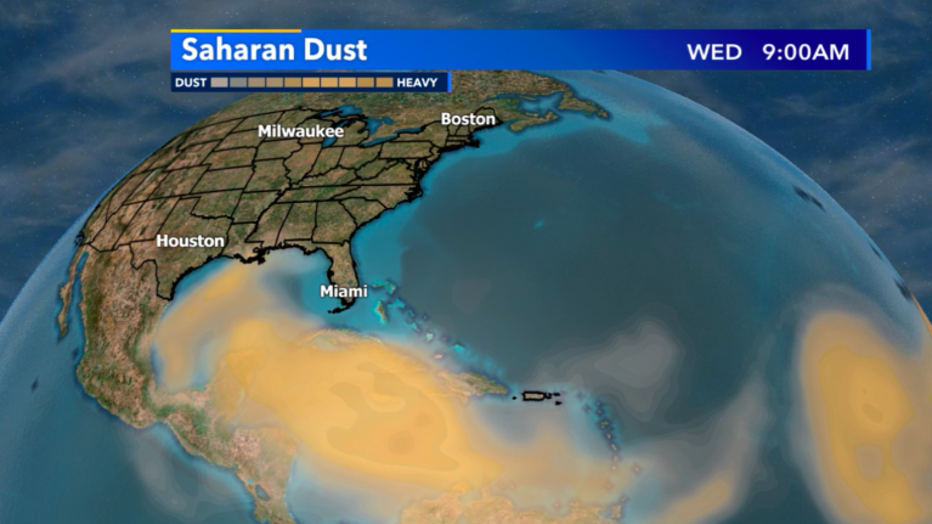 Saharan Dust locations as of Wednesday, June 24, 9AM

What doesn't happen all the time, this dust reaching all the way into Wisconsin. By the time it arrives on Monday, June 29, it might not even be that noticeable.

Slight haziness is likely, but a large reduction of air quality is very unlikely. This is more or less a cool atmospheric phenomenon that shows just how connected all of our weather truly is from Africa all the way into Wisconsin! 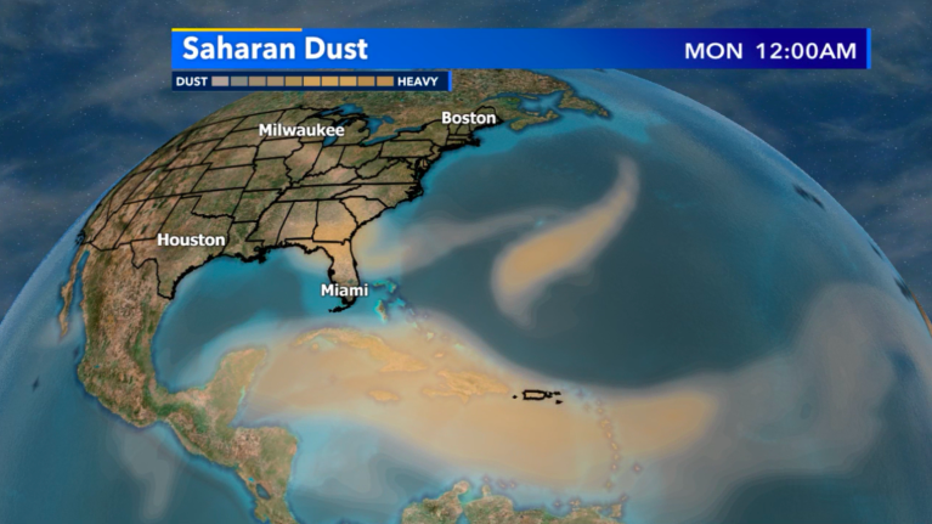