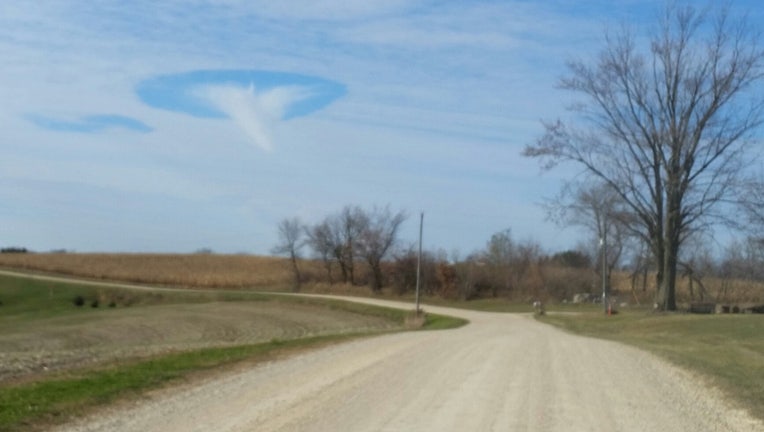 MILWAUKEE (WITI) -- The unusual cloud formation in these photos is called a "hole punch cloud". And the cone-shaped cloud descending from the main cloud deck is called a "fall streak".

These photos were taken on November 1st over Crawford County, Wisconsin by one of our FOX6 viewers. So what causes a hole punch cloud?

They occur in mid-level cloud decks 10,000 to 20,000 feet above the ground. At this altitude it is common for the atmospheric temperature to be below freezing and yet the cloud droplets to be liquid. These are called super-cooled water droplets.

When an ascending or descending airplane flies through a super-cooled deck of clouds, air flowing over the wing of the aircraft rapidly expands and then cools. This rapid cooling causes the water droplets to freeze into ice crystals. Once that process begins near the wing, it spreads out away from the aircraft, and soon more and more of the cloud deck is turning into ice crystals. Those ice crystals then begin to fall to the ground. The result is a "hole" in the cloud deck.

The fall streak is the wispy cone-shaped cloud falling away from the cloud deck. These are the ice crystals falling out of the cloud towards the ground. Those ice crystals typically evaporate soon after they fall, never reaching the ground.

Hole punch clouds and fall streaks are common near airports where aircraft are arriving or departing and flying through the cloud deck. And they are also most common in autumn, winter, and spring when super-cooled water droplets are present in greater numbers. 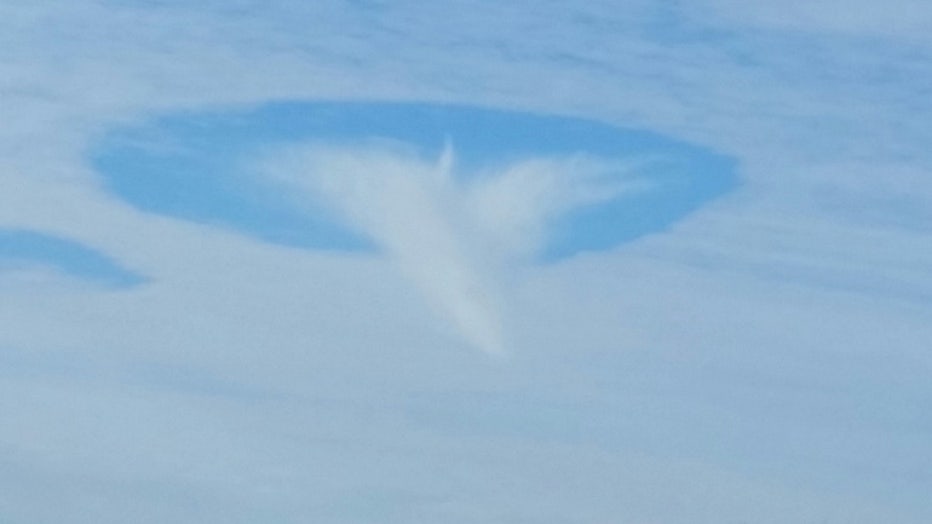