BLACKSBURG, Va. -- Some 17 years after making their last appearance, a vast army of cicadas is set to emerge from underground in Virginia, West Virginia and North Carolina.

The cicadas are from what is known as brood IX.

“The scale of these emergence events is astounding, with as many as 1.5 million cicadas emerging per acre,” explained Virginia Tech in a statement. “Each periodical cicada brood covers a specific geographical region, with some areas overlapping.”

The natural phenomenon will span southwest Virginia, parts of North Carolina and West Virginia, according to the university. Experts warn that the cicadas’ egg-laying habits can pose a risk to orchards, vineyards and ornamental trees.

“Cicadas can occur in overwhelming numbers and growers in predicted areas of activity should be watchful,” said Virginia Tech Professor Doug Pfeiffer in the statement.

Fox 5 D.C. reports that the cicadas in Virginia and West Virginia will emerge later this month. 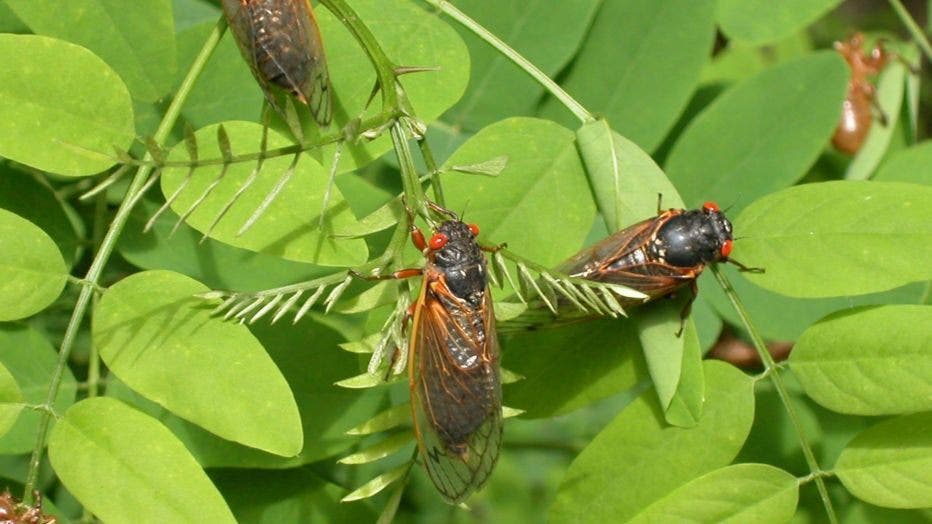 “Brood IX is interesting to researchers because it’s located very close to 5 other broods,” explains the Cicada Mania website.

Part of the region covered by brood IX, for example, overlaps with brood II, which emerged in 2013, according to Virginia Tech.

Other broods are also attracting interest. The Magic Cicada website reports that the 13-year periodical cicada brood XIX, also known as the Great Southern Brood, is expected to emerge in 2024, but “significant numbers” appear to be emerging four years early. 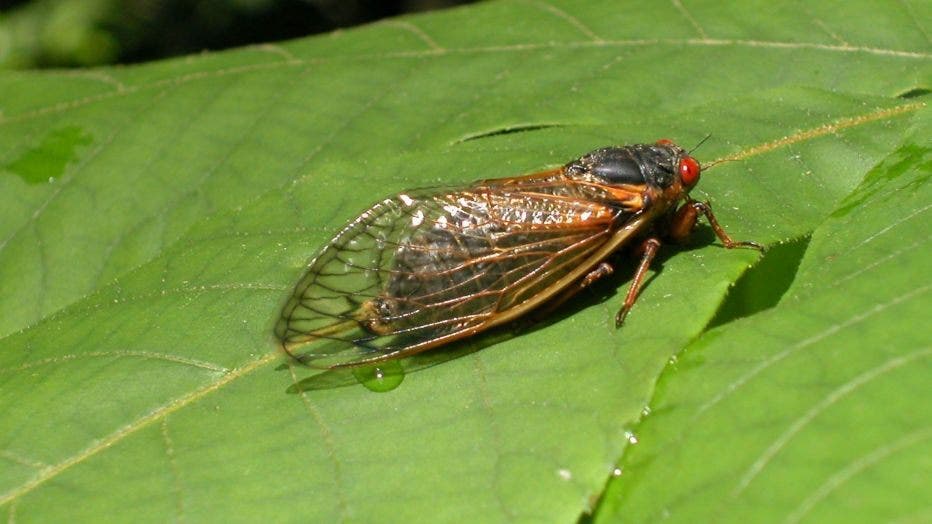 A newly emerged adult cicada from brood X suns itself on a leaf May 16, 2004 in Reston, Virginia - file photo. (Photo by Richard Ellis/Getty Images)


Virginia Tech describes the timing of the 13- or 17-year brood cycles as one of the great mysteries of the insect world.

“Research and mathematical modeling suggest that the length of these brood cycles could be attributed to predatory avoidance,” it says in the statement. “When the cicadas emerge, the amount of biomass they provide could serve as a food source for potential predators to take advantage of. It is theorized that these cicadas have evolved to avoid synching up with predator cycles by having a 13- or 17-year prime number emergence interval.”

Monitoring brood IX, however, is being complicated by the coronavirus pandemic, according to the Cicada Mania website.

“In a normal year, researchers would be able to drive the roads of the area and map the location of the brood so we can get data as to where the broods intersect, but because of the current situation in the U.S., most if not all researchers will be able to travel — so we need you to let us know where they’re at,” it said.