“Your whole world goes away:” Drone racing allows for unlimited courses, racers of any experience level

"Your whole world goes away:" Drone racing allows for unlimited courses, racers of any experience level

From the beginning of time, humans have raced in one way or another. Technology has added to the specter of racing -- and there's a new way to compete.

"It`s one of those things that`s -- if I don`t go out and fly, at least within a couple days, I kind of feel strange," Charlie Suangka said.

Having a passion that's also a job is a rarity, but it's what names Suangka so excited to go to work and play every day. 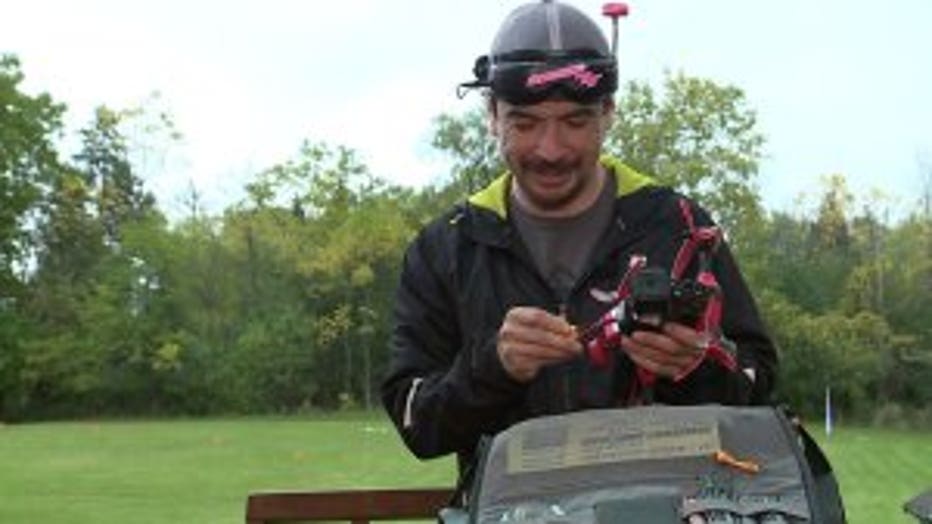 "I was given a drone as a Christmas bonus, actually, at a hobby shop that I worked for. And we put camera gear on it and the hook was set so to speak. That was Christmas 2014 -- so it`s been a year and change," Suangka said.

In that time, Suangka's past helped form the interest he has in piloting drones.

"I used to race RC cars very competitively. I grew up, my dad raced go-carts. He got me an RC car, so I probably wouldn`t go break my neck," Suangka said. 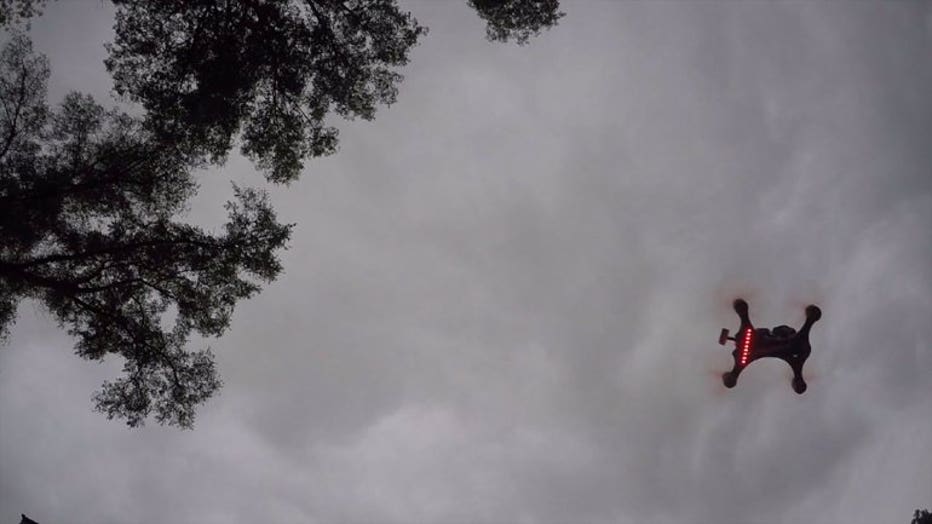 Nowadays, with the remote control cars put away, Suangka, parked in a chair with his goggles on, flies through a course set up in a backyard.

"To see a new racing sport kind of come through the ranks of what other motor sports have done, the pilot jitters, the mental game, the tech preparation, what you should change, what you shouldn`t change before a very big race, race strategies, pit management, all that sort of stuff," Suangka said. 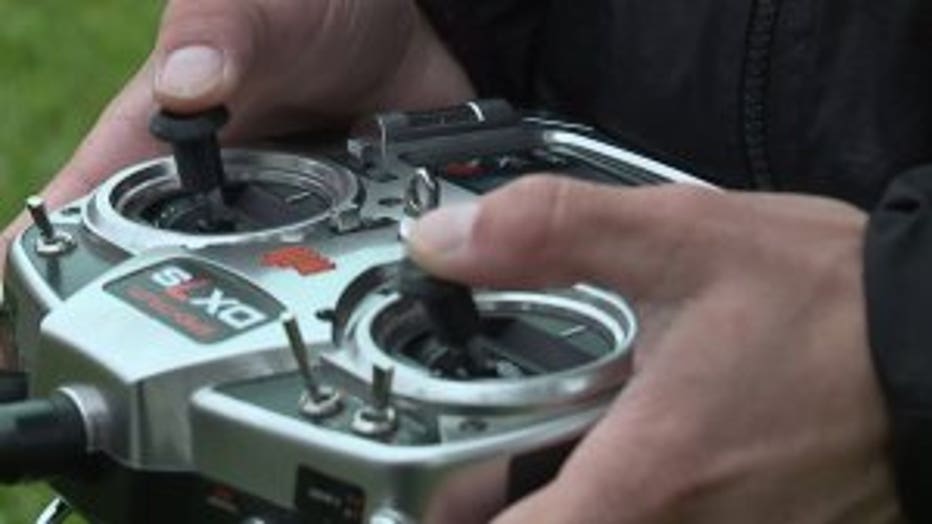 Racing enthusiasts are going to love this anyway because of that component -- but when you put the goggles on, you step into a different world.

It all happens through a radio frequency connecting the drone to the goggles through the lens of a camera.

"You start to lean your head. You lean forward and back. You`ll duck down when you go under branches. It`s, I don`t know if immersive is the right word for it, but it`s maybe more than that. You really feel it type of thing. Your whole world goes away. You put the goggles on -- you go somewhere else and you take them off and unfortunately you wake back up sometimes," Suangka said. Cory Kroll travels the world while drone racing, as he does the timing and scoring for the races.

"A lot of races it`s four to six guys out there flying at once and it`s a timed race, so it can get pretty exciting when they`re all flying through gates and flying around different obstacles. Guys collide in the air. They collide with natural gates and events -- so it can get really exciting that way too," Kroll said.

Competition isn't the only part of drone racing.

Kroll said he sees an educational aspect -- especially for the younger generations. 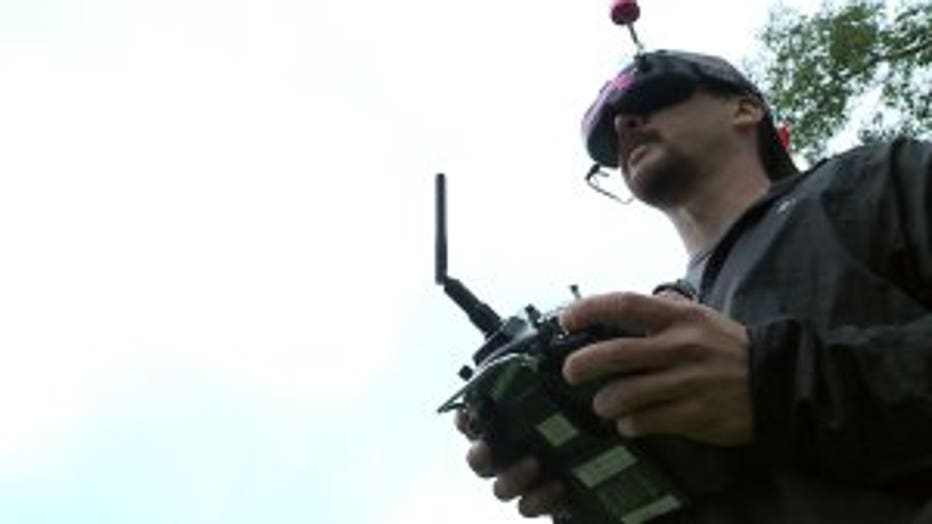 "Here`s a way that we can get them involved in engineering. Get them involved at their schools in learning the STEM -- the math and sciences, that sort of thing. And hopefully it gets a whole new generation interested in the education and the engineering parts of what drone racing is all about," Kroll said.

"Technology advances so rapidly that there`s kind of a learning curve to it -- knowing what you like, what trends to follow, what updates to do, what software to chase, what wires to solder, so there is a very technical aspect of it that I think attracts a certain type of person," Suangka said.

Whoever it is piloting, there is some part of the sport that keeps them up in the air.

"You really want to go out and do this stuff. It`s very, very fun. It makes you sweat, makes your heart race, makes your hands tremble. It`s an all-in experience," Suangka said. 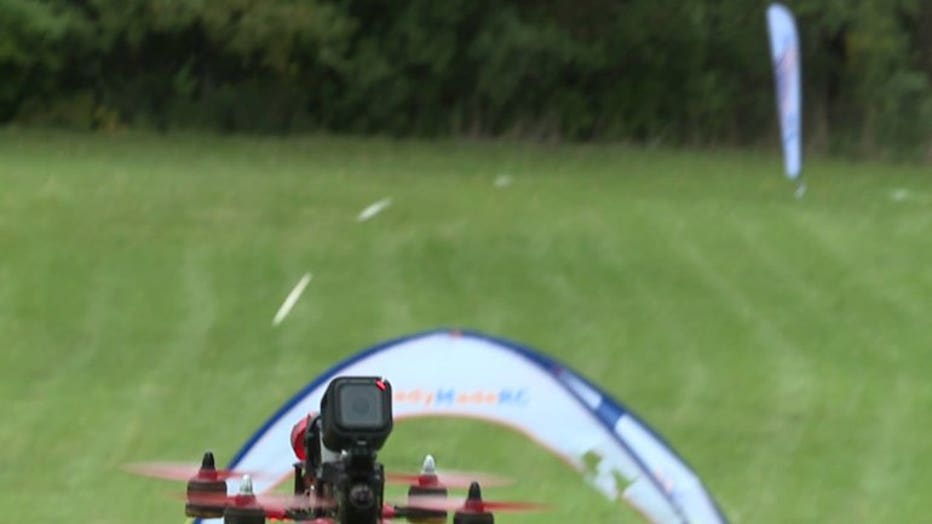 The creativity of the sport allows for unlimited courses and places where races of any level of experience can take place.

For those interested in learning more and participating, there are a number of drone user groups in southeastern Wisconsin and northern Illinois.