GLENDALE -- Arm wrestling is a sport that's all about leverage, and be it from power or precision, it's one that draws athletes of all shapes, sizes and sexes.

"Sometimes you'll go up staring them at the eyes to intimidate them," said Jaclynn Stonehocker, arm wrestler.

When it's Stonehocker's turn to pull, the Iowa native's feelings are a little contradictory. 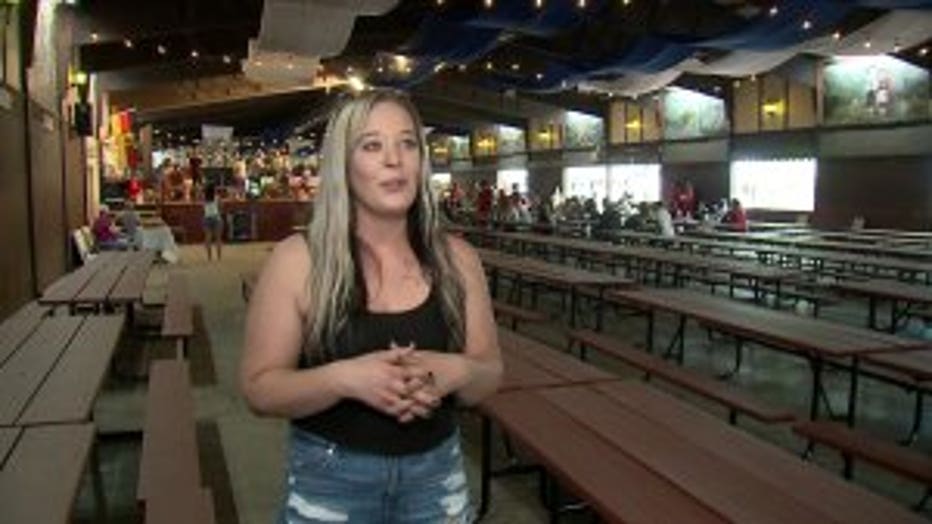 "I want to win again, but it means a lot," said Stonehocker. "It shows you put in the work over the year to this point. It's just exciting, an adrenaline rush."

The adrenaline brought more than 200 pullers -- what arm wrestlers are known as -- to this event, but it was more than that for Stonehocker.

"I think it's the hand-to-hand contact," said Stonehocker. "It's being up close and personal. It's more hands on, you know? You get to feel your opponent." 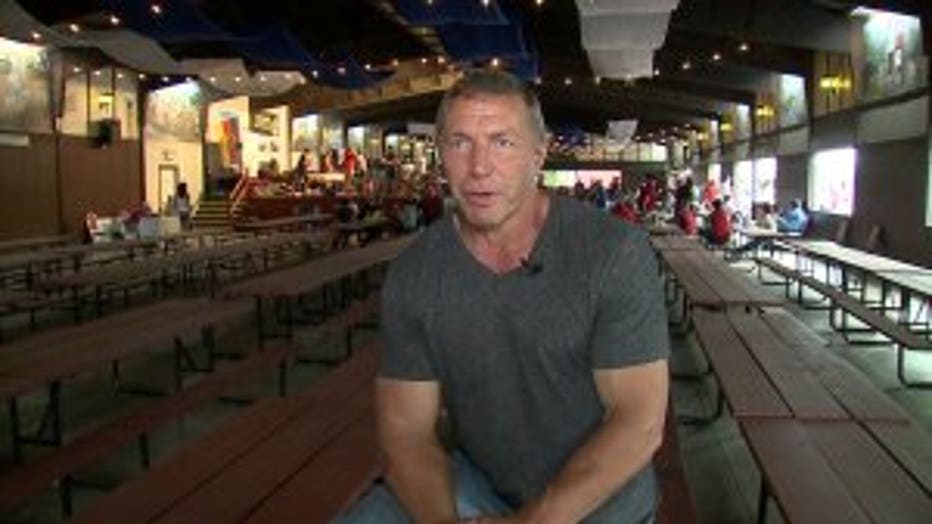 Ron Bath could say the same as he started competing 40 years ago in the northern Wisconsin town of Pickerel.

"I went, I won, I went and did some other local ones for 5 years," said Bath.

But it was after he moved to Georgia in 1985 and learned the craft from a number of world class pullers that he really began to earn his now well known nickname, The Legend.

"I'm able to inspire others because I've won so many worlds, nationals," he said. "I've been on multiple TV shows. I basically could get out of the sport now. I've done everything that is possible to do in the sport." 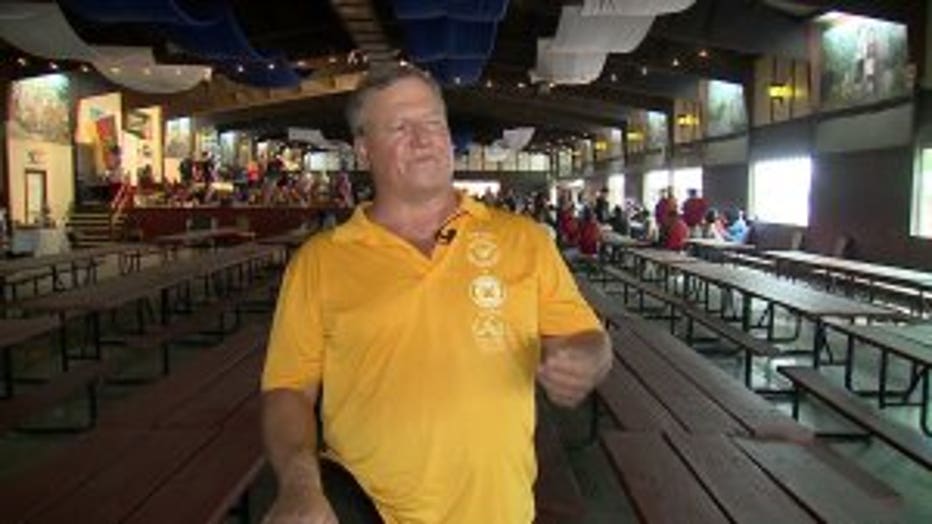 One of his old friends from 40 years ago is the state director of Wisconsin Arm Wrestling, Steve Southworth, who has also enjoyed a great career in the sport.

"I was still last after 5 years, and that was 5 years of constantly training, and dieting, and going to these tournaments, and getting trained, and going to other states," he said. "In 2006, I actually got to be national champion."

One thing you'll find with all three of these pullers is a deep passion and work ethic.

"I'll watch my old matches so I know what I need to work on," said Stonehocker. "If I'm having a super match, I'll study that person. Physically, you've got to keep a weight if you're making a weight class, or you can lose weight to drop."

With the sport being so intimate, competing could be risky and difficult amid the coronavirus pandemic.

"Going up to the table, it doesn't worry me too much," said Stonehocker. "A lot of us, I know and I hope, are washing our hands, sanitizing before we go up." 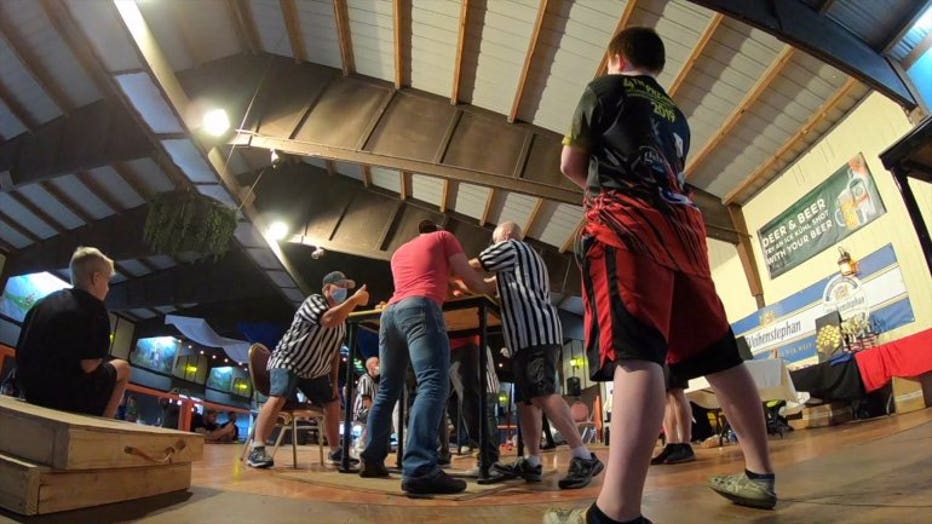 "These guys want to pull," said Southworth. "We advertised, if you don't feel safe, stay home. It's the bottom line, and I say that to everybody."

"The only thing that we do ask, if you or anybody in your family or anybody close to you is ill, you don't show up," said Bath.

The competition continues, and part of the proceeds go to charity -- this year helping kids with Down syndrome.

"This year, we decided to go with Gigi's Playhouse because we love giving back to the community," said Southworth. "Some of the proceeds from here goes back to Gigi's Playhouse. It's an awesome organization."

While the highly competitive double elimination tournament is about crowning champions like Stonehocker, it's also about making more people aware of the sport.

"We just want to promote the sport," said Southworth. "We go to different venues all over the state of Wisconsin, and we try to do 17 tournaments a year."

And it's about family.

"My son competes now, so it's nice to see the younger generation keeping the sport alive," said Stonehocker. 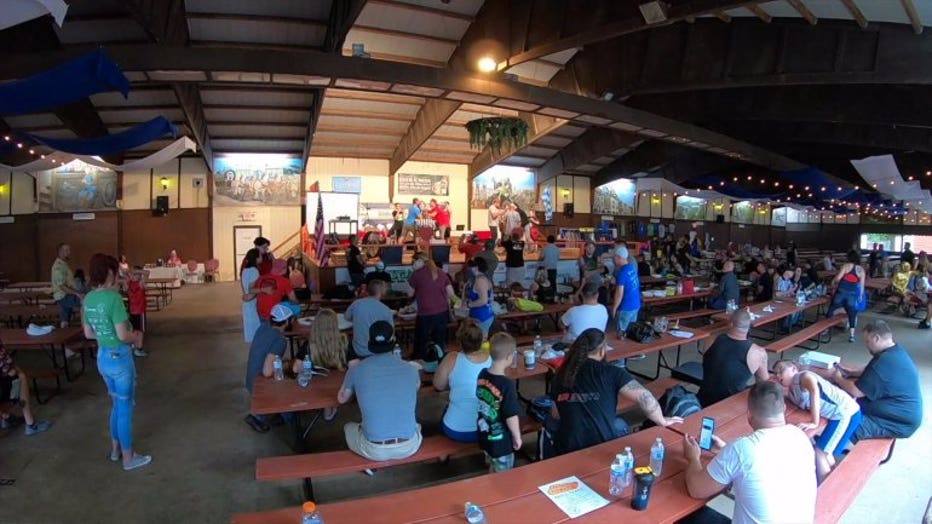