GRAFTON -- When the legendary Kip Cramer was running the show back in the 1980s and 90s, Grafton was a perennial high school football power -- winning a pair of state championships. For most of the past 20 years, it has been a perennial struggle for the Blackhawks.

Turnover at the top has been a big factor with newly-hired Shaun Behrend the school's fourth head coach in four seasons. 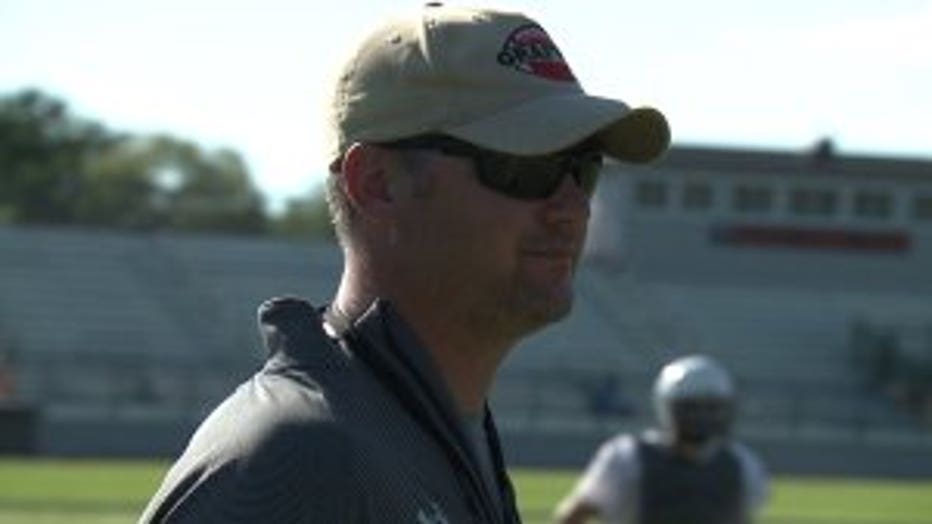 "What I tell the parents, because they've heard it all before and the kids, they come in and they have the 'rah rah' speech, and 'we're going to be here' and 'we're going to do that,' but until I'm here next year at this same point in time, standing here having this conversation with everybody, nobody is going to believe me," Behrend said.

But the former Lakeland College player and coach in Florida not only intends to stick around, he is convincing his players that a long haul turnaround is about to take place. 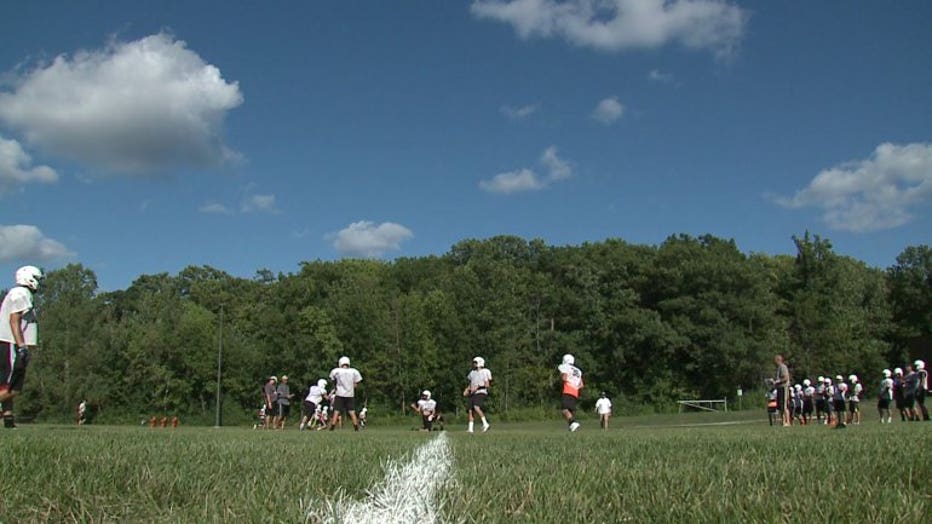 "It's really great. I actually have a brother in the freshman program right now, and I can't wait to see what he's going to be like as a senior, knowing that we have Coach Behrend here from now on, and we're not changing coaches and everything. It was tough, going through high school and having four coaches, but knowing that there's going to be someone here that you can trust and you can lean on, it's going to be really nice," Jack Birch, Black Hawks senior. 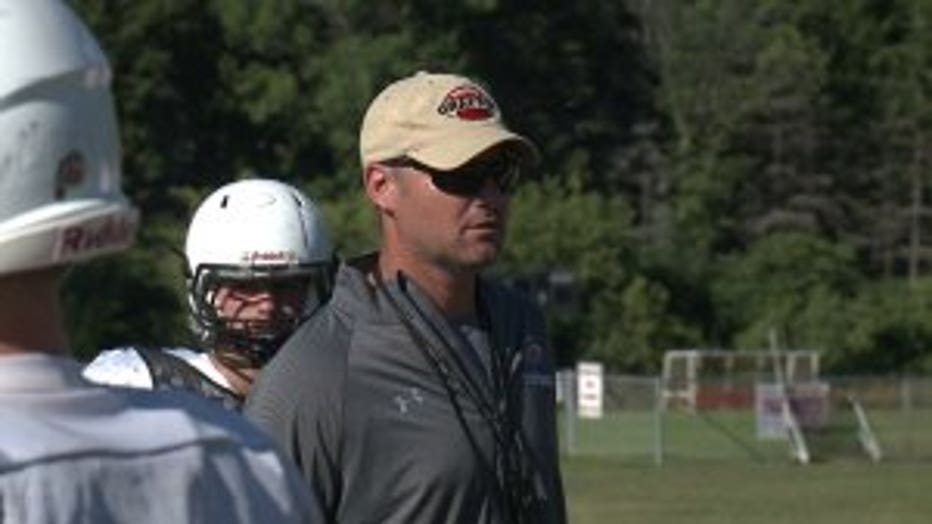 "I do feel like it's good that we have Coach Behrend now, and it has been tough. Now it's better, I feel like," Mitch Macek, Black Hawks senior said.

"I'm glad they're getting excited because they've had their hearts ripped out at times, and they just want to buy in," Behrend said.

These days, Behrend and his coaching staff are trying to establish stability at Grafton. A few years ago, Behrend and his wife assumed guardianship of a student Behrend had at Auer School in the Milwaukee Public Schools system. They worked together, and he played for Behrend in high School. He is now a college freshman. That is stability. 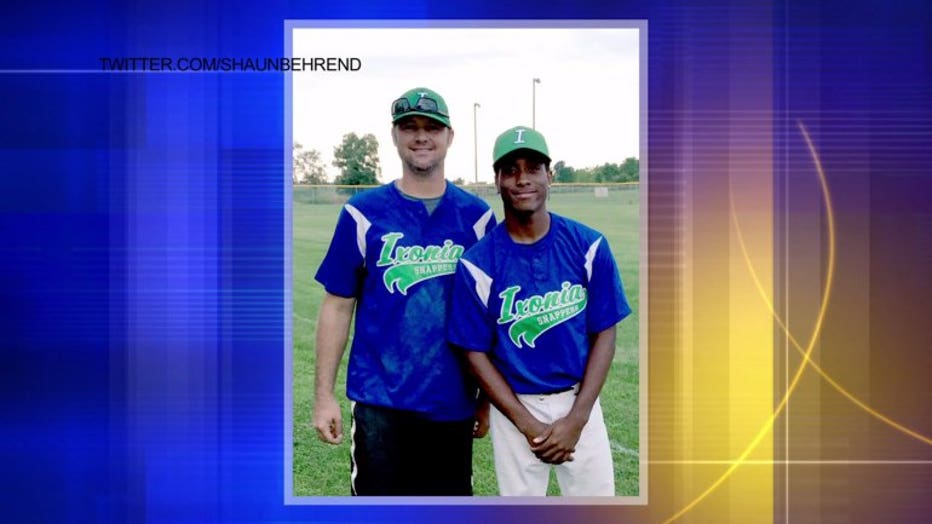 "My wife and I had no clue what we were getting into and we're learning on the fly. We didn't do things right all the time, but we tried the best we could and he's a great young man who's doing good things now," Behrend said.

Behrend doesn't have to look far to find parallels with the challenges and potential rewards of his new job. 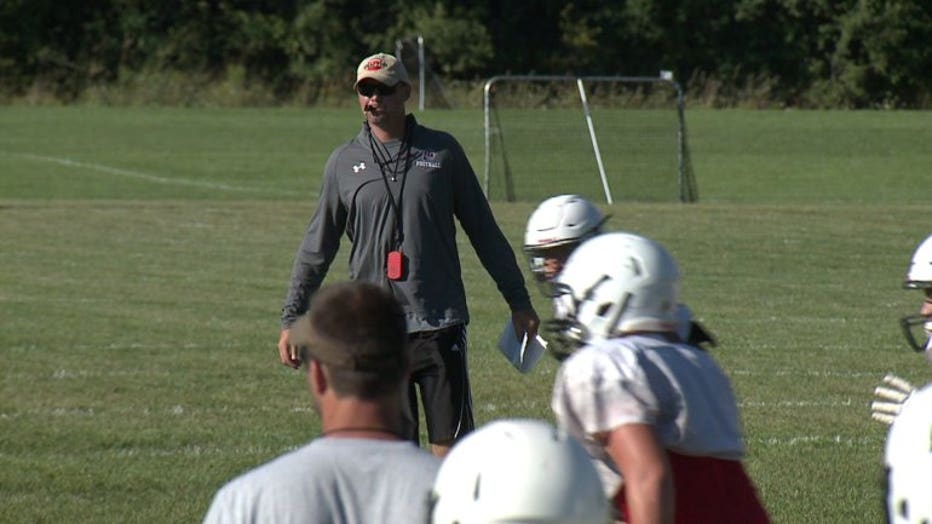 "All kids want discipline. All kids want to be told what the expectation is and in education, which I've been in now for nine, 10 years, that's the thing that we keep continuing to try to bring to young people is that there's an expectation out there in everything -- academically, how you act in the community, how you act on the football field, and when they get that, and it's clear, they'll follow it," Behrend said. 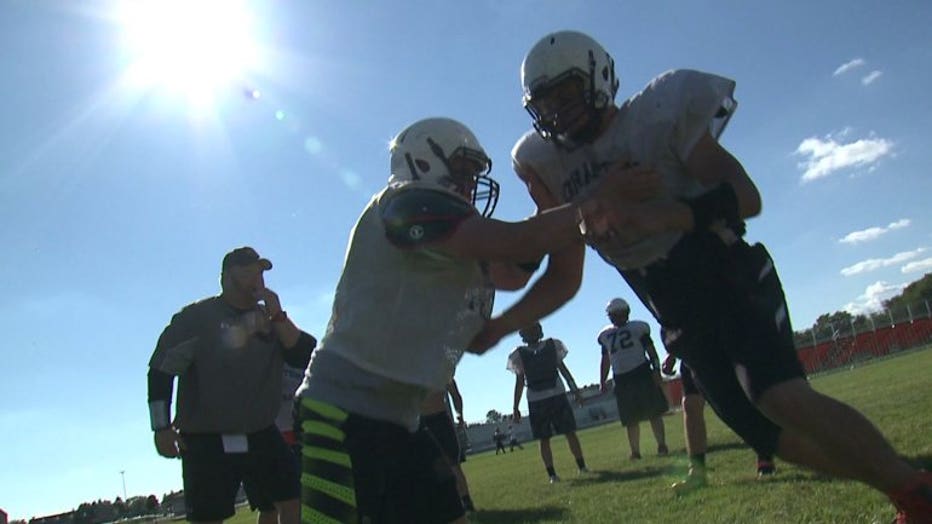 Grafton lost its first game of the season on Friday night, August 19th -- but will still take a large dose of optimism into this week's game at Wauwatosa West.