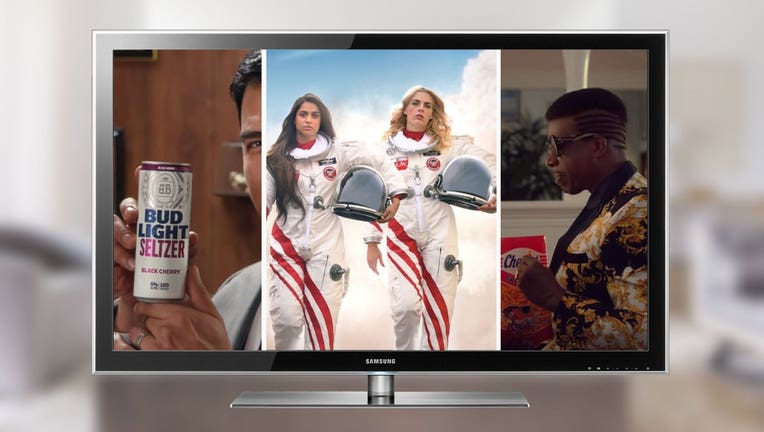 DALLAS — We get it. Some of you are far more excited to see the Super Bowl spots than you are the action on the field in Miami.

Though the Kansas City Chiefs and San Francisco 49ers will gain most of the attention on Super Bowl Sunday, advertisers will shell out as much as $5.6 million for a 30-second commercial in hopes you’ll remember their creative efforts.

Here’s a rundown of the spots and teasers that have been released along with a list of the other Super Bowl advertisers:

Budweiser hopes to take some market share from White Claw in the hard seltzer space by promoting its new Bud Light Seltzer. The spot will focus on the mayor of Seltzer, Pennsylvania.

After more than a decade away from Super Bowl Sunday, Cheetos is back with some nostalgia in the form of rapper MC Hammer.

It’ll be a battle of the snacks as Doritos hopes to win over viewers with Sam Elliott taking a ride down “Old Town Road.”

The popular drink will promote its zero sugar beverage with a tribute to the 80s horror film “The Shining.”

Olay returns for a second-straight year. In 2020, they’ll be showcasing some prominent people playing female astronauts.

Wait, the peanut guy is going to die?!?

According to Business Insider, this year’s commercial will promote both first responders and 5G service.

Here’s a rundown of the other advertisers who’ve purchased ads in The Super Bowl: