Solid foundation: Chase Anderson, new to Brewers amid rebuild, may be perfect person to build around

Solid foundation: Chase Anderson, new to Brewers amid rebuild, may be perfect person to build around

MILWAUKEE -- The strength of an organization often depends on the strength of its foundation. For the rebuilding Milwaukee Brewers, that might begin with one of their new additions. One player is showing he might be the perfect person to build around. 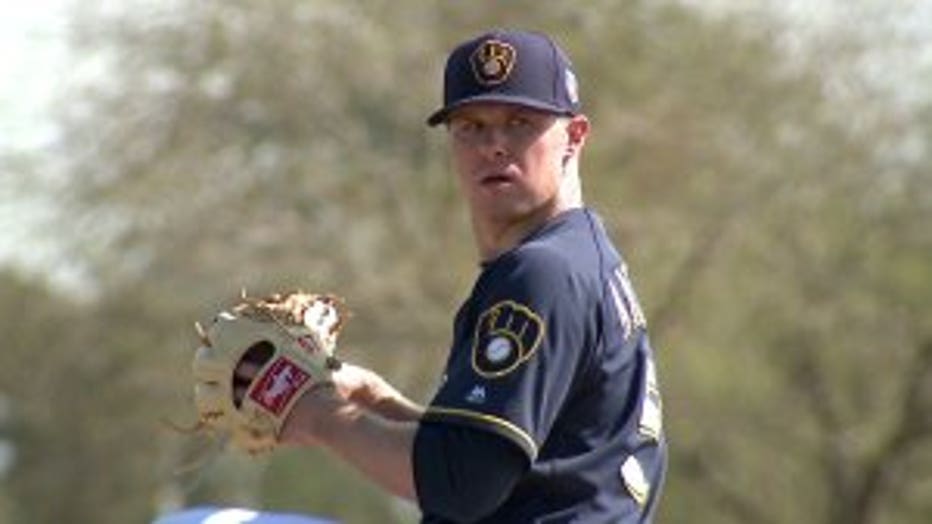 Just from the attitude he exudes on the mound, Chase Anderson has Counsell believing the Brewers made the right move in trading for the young pitcher.

"His work out here, especially the first four days, his PFP, when you get to see him a lot, is really impressive with strong intent," Counsell said.

It helps that he's ready to be in on the ground floor of the rebuilding process the Brewers are undergoing. 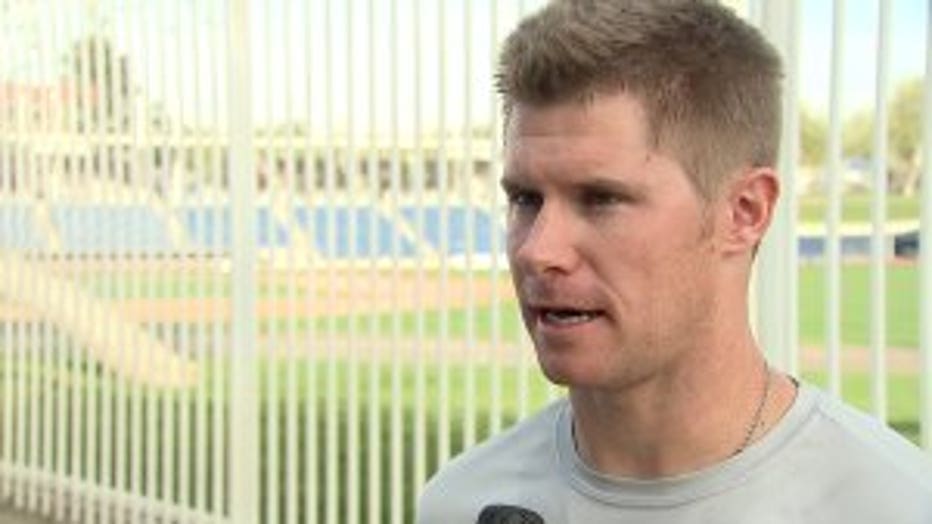 "To be a part of that, something new, it's very exciting. And the guys have been here, man. I got here two weeks early. And then the guys coming in, the chemistry, it's been really, really good so far," Chase Anderson, Brewers pitcher said.

Even with only two Major League seasons under his belt coming into camp, Anderson's already being looked at as one of the veterans as so many players are in their first Major League camp.

"It is weird. But I kind of like that role. I think I can bring something to the table, not just on the field, but off the field as well, to help these guys grow and get better," Anderson said. 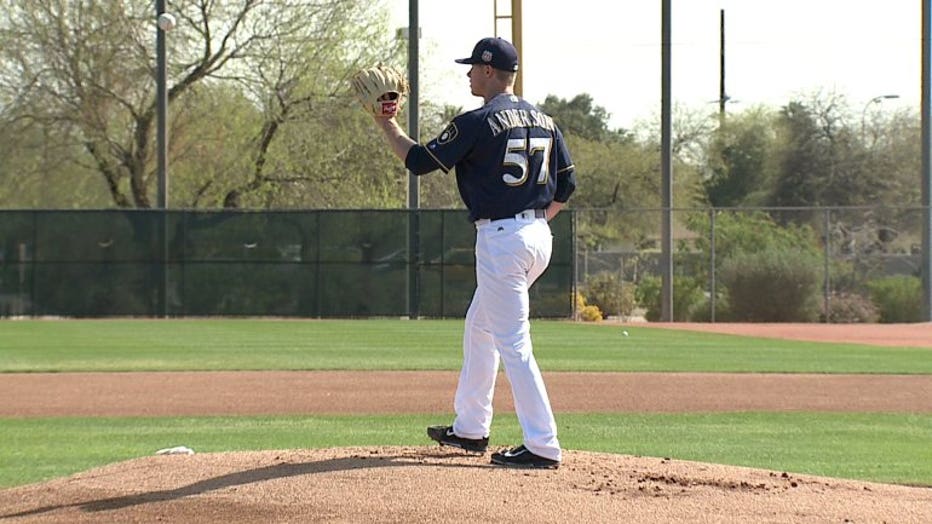 That's where Anderson seems wise beyond his years, and he credits his late father for laying the foundation. 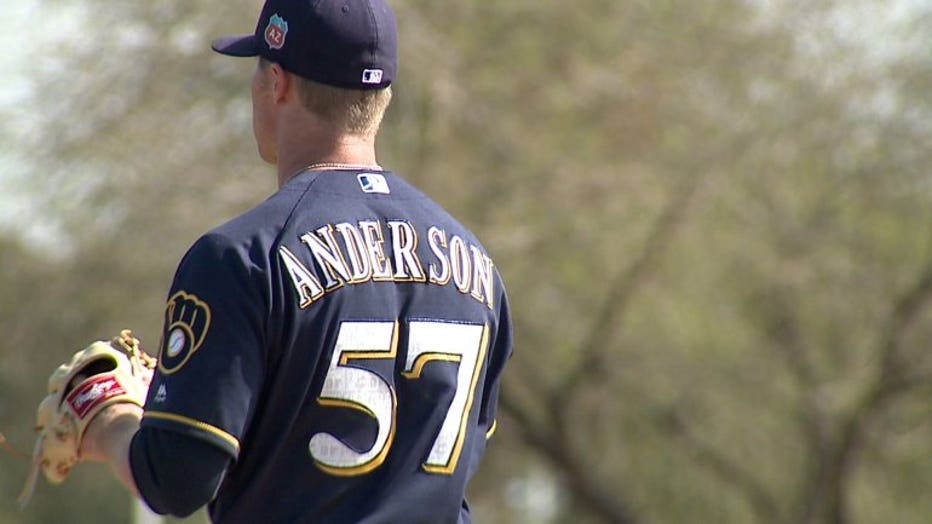 Anderson honors his father in many ways, including wearing the number 57.

It is more than just the number on his jersey and cleats. He follows the example his father set while he was growing up in Wichita Falls, Texas. 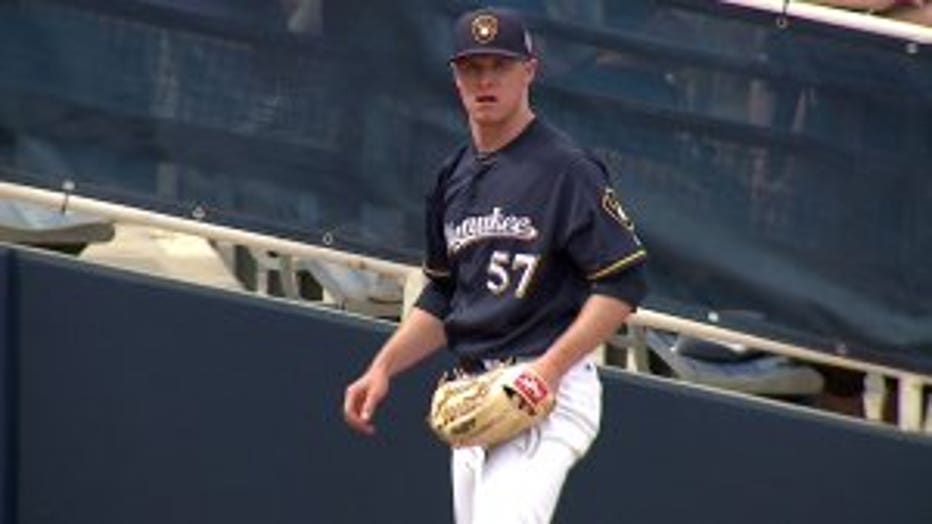 "My dad, he would give the shirt off his back. Just seeing how hard he worked, he didn't care how much money he had. He tried to help other people out. Just seeing that, and now that we're making the kind of money we are, I want to do the most I can with the time I have and the resources that I have," Anderson said.

Anderson and his wife go to some of the most poverty-stricken regions of the world, like the Philippines, helping people who desperately need it.

"The people over there, they're so loving and so caring and they love seeing us come over there to serve them and just do all we can to give them food to eat," Anderson said.

This, while at the same time, taking something from them. 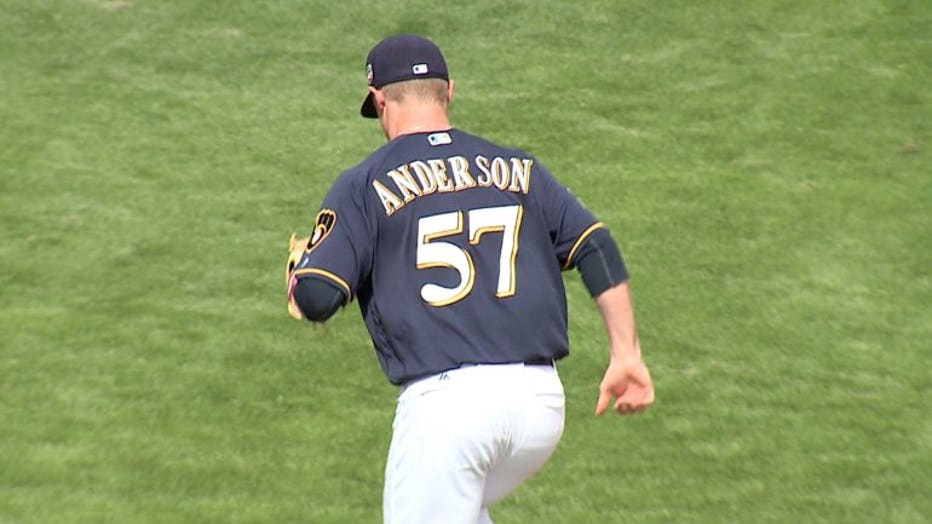 "For me, it's just perspective and we're blessed. When you see those kids fighting for their life and we can put a smile on their face for two seconds.  They have nothing over there and they're so happy. I'm from a small town in Texas. People look up to you and I never thought I'd be in this position. But I'm relishing this opportunity to give back and just be a role model for all the people in my life and just the people that watch you on TV. That means a lot to me," Anderson said.

"Solid is what you're going to get from him. That's kind of the first word that comes to my mind," Counsell said.

Anderson and his wife make sure to help out in the community in which they live.

When they get to Milwaukee, they plan on working with Children's Hospital as well as with other organizations.