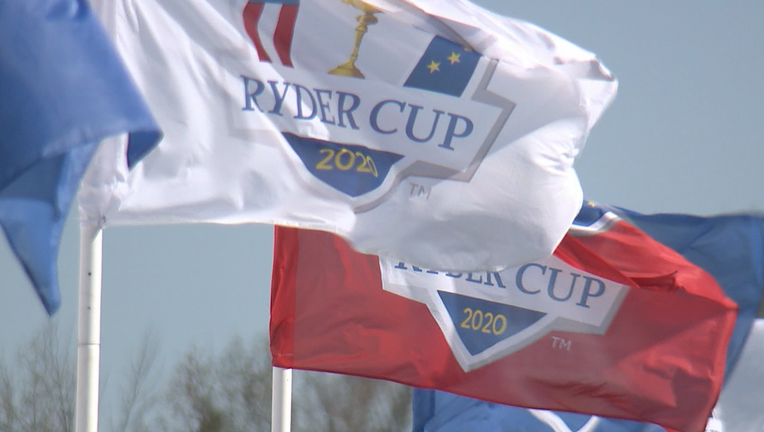 SHEBOYGAN, Wis. - In just over two weeks, the Ryder Cup tees off at Whistling Straits and on Wednesday the final six captain's picks were announced.

"I'm truly excited about how this team's made up," said U.S. captain Steve Stricker. "It's composed of a good mix of young guys with veterans and the type of players that fit this course perfectly."

"I really enjoyed playing it back in 2015," said Spieth. "I thought it was an awesome golf course."

"To get the call from Stricker was amazing," said Scheffler. "It's been a dream of mine since I knew about the Ryder Cup to play on this team and I'm extremely honored to be a part of it."

They’re a young roster because Stricker wanted some new faces on his 12-man team.

"Everybody is getting younger in this sport it seems like but they bring in an excitement level that's unmatched," Stricker said.

There’s a reason why some players made the team over others. Stricker had a strategy with why he picked who he picked.

"Definitely course fit and the way that these guys have been playing," said Stricker. "I didn't just want to leave it up to the last couple of events to make our determination on who's going to be the picks. It's more about a body of work."

Stricker is excited about this team, but he realizes there are others who didn’t make the cut like Patrick Reed, who was battling double pneumonia. He was the first call Stricker made.

"Patrick Reed, that was a very difficult call, but he took it like a true champion and I apologized many times to him," Stricker said.

On his current roster, would Stricker have to find an alternate?

Koepka withdrew from the tour championship after he recently injured his wrist on a tree root and in the event of a COVID issue, they’d need one.

"We're focused on these 12 guys and moving forward with these 12 guys right now," said Stricker. "We'll deal with that situation if it were to happen."

The U.S. captain is hoping his team can play well together. Team USA hasn’t won since 2016 with Europe winning nine of its last 12 matches. Seeing them celebrate on the 18th in Paris in 2018 certainly stung.

"It was awful on that green," Spieth said. "It's one of those where I remember walking off that green thinking, "Let's not go through this again.""

To create more of a competitive advantage, the players and caddies will be in Wisconsin this weekend for a two-day practice session. As it gets closer to the finish line, Stricker, who has been the team captain the last 31 months, is ready to represent his home state.