The catch by Terrell Owens, electrifying returns from Desmond Howard and breathtaking runs by Kaepernick.

Few franchises have been as intertwined over the last quarter-century as the Green Bay Packers and San Francisco 49ers, with coaches getting groomed in one spot and ending up in the other, seven previous playoff meetings, and a regrettable draft decision that sent Rodgers packing for Green Bay instead of staying close to home and reviving the 49ers.

No matchup has occurred as frequently in the past 25 years, with the eighth meeting this week putting Green Bay-San Francisco three games ahead of any other rivalry. In fact, the only teams to play more than eight times in the postseason in the Super Bowl era are the Rams and Cowboys, who met for the ninth time last January. 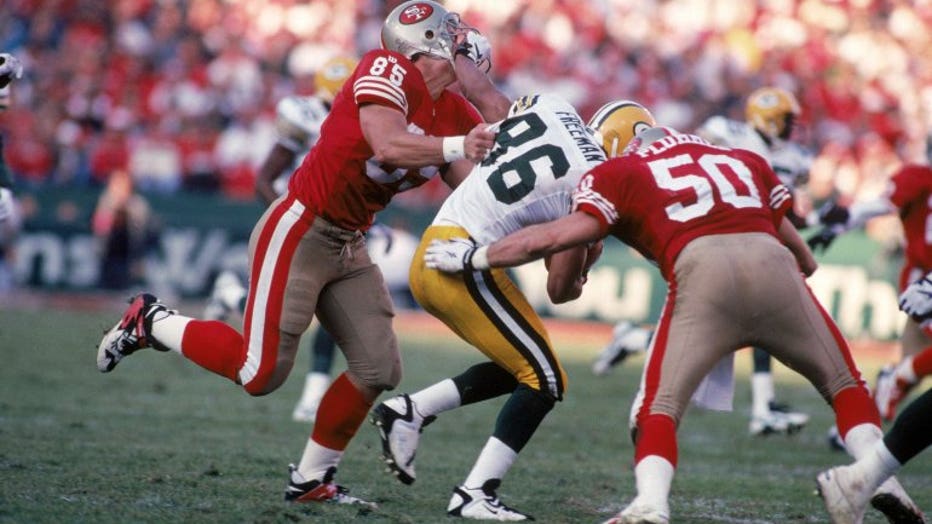 The Packers have won four of those previous seven meetings, going 4-1 with Favre at quarterback and losing both meetings with Rodgers as starter in the 2012-13 seasons when he was outdueled by Kaepernick.

It all started back in 1992 when Mike Holmgren left a job as offensive coordinator in San Francisco to take over the Packers. The man who tutored Young in both college and the pros set out to groom the untested Favre, who was acquired in a trade from Atlanta that same year. 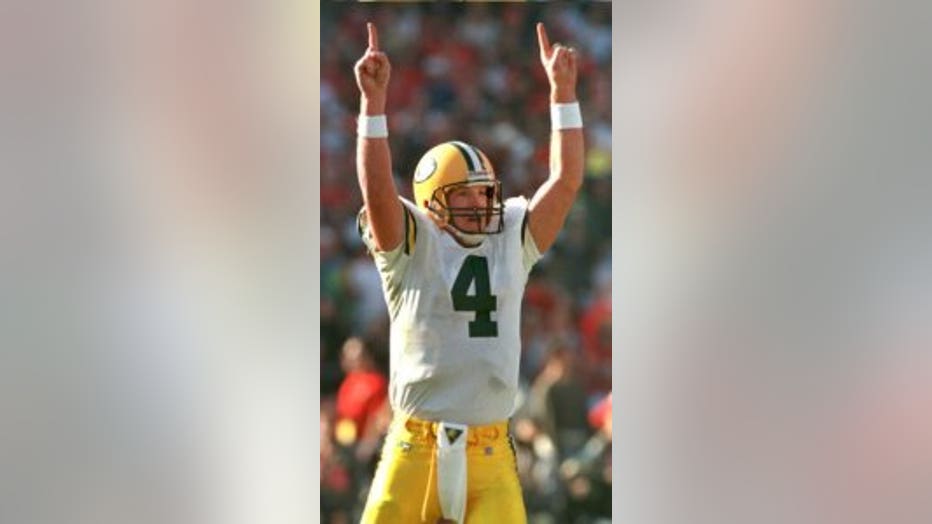 With Favre and Holmgren at the helm, along with free agent acquisition Reggie White, the Packers set out to challenge the Cowboys and 49ers for dominance in the NFC. After getting knocked out of the 1993 and '94 playoffs by Dallas, Green Bay got its shot against San Francisco the following year and jumped all over the Niners.

Adam Walker fumbled on San Francisco's first play from scrimmage and Craig Newsome returned it for a TD and Favre followed with two quick touchdown passes as the Packers rolled to a 27-17 win that established them as true contenders — even though they lost the following week against Dallas.

The teams met again the following year when Howard returned a punt 71 yards for a TD after San Francisco's opening possession. Young was knocked out later in the first quarter with an injury and the Packers won 35-14 on the way to a Super Bowl title.

"There was a time that you could just say, 'Hey, no matter, the 49ers are a better team than Green Bay,'" Packers defensive end Sean Jones said after that game. "There was a time where they could make mistakes, and still not play their best and you knew and they knew they were going to win. Well, those days are over. At worst, we are even with them in talent. So, then you throw in mistakes and there you have it — that's the difference."

The Packers dominance of the series led to George Seifert resigning as coach and former Packers assistant Steve Mariucci taking over.

Green Bay won the first playoff matchup against Mariucci the following year as the frustration mounted in San Francisco.

"It's getting pretty obvious," Young said at the time. "We have to find a way to beat the Packers. They are the team standing in the way of all our progress."

The breakthrough came the following year thanks to one of the most memorable plays of the series in San Francisco's only playoff win over Favre. On Jan. 3, 1999, Owens lost a fumble and dropped a potential TD pass early before delivering late.

With 8 seconds left and the Niners trailing by four, Young stumbled dropping back from center and then threaded a 25-yard pass between a phalanx of Packers to Owens, who somehow managed to hold onto it despite being hit by two defenders.

Favre won his final playoff meeting against the Niners three years later, and the next really meaningful link between the franchises came in 2005 when San Francisco drafted Alex Smith with the No. 1 overall pick instead of local boy Rodgers.

Rodgers fell to No. 24, only adding fuel to his motivation.

"Not as disappointed as the 49ers will be that they didn't draft me," Rodgers said at the draft about his disappointment at being passed over by San Francisco.

That proved prophetic as Rodgers and former Niners offensive coordinator Mike McCarthy built a powerhouse that won the Super Bowl following the 2010 season and then went 15-1 the next year before losing to the Giants one game before a potential showdown with San Francisco.

The teams finally met again in the playoffs the following two seasons, with Kaepernick running for a quarterback-record 181 yards and two scores and throwing for 263 yards and two TDs in a 45-31 San Francisco win that ushered in a new era of dual-threat quarterbacks.

Kaepernick braved the cold of Green Bay the following year to lead a late winning drive that knocked the Packers out again.

But San Francisco soon fell off from there and hadn't been back to the playoffs again until this season, when once again a familiar foe is in the way.