A lifelong Wisconsin resident and Packers fan, Nevala was selected by fans from 10 finalists during a voting period that ran from January 1st to January 30th at Packers.com. More than 25,000 votes were cast from throughout the United States and countries around the world. 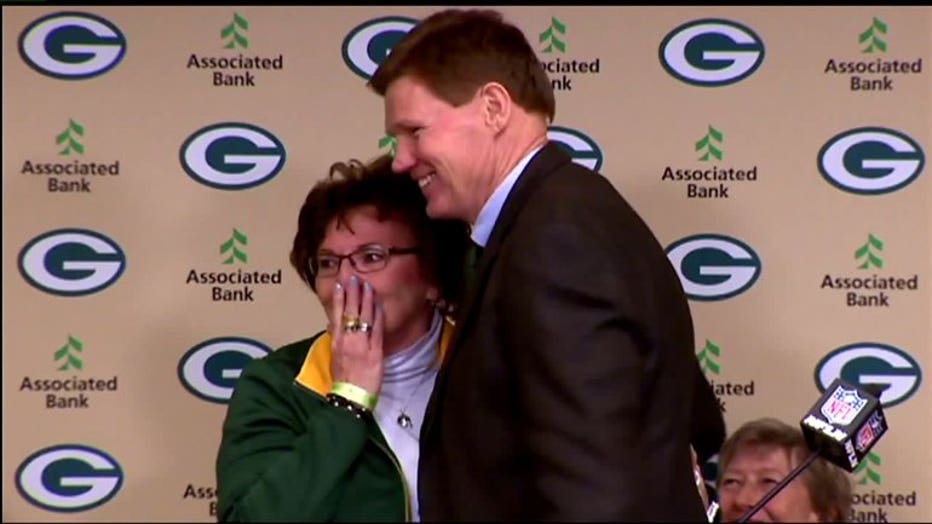 Nevala was nominated by her son, Jon, whose nomination essay described Nevala’s dedication to the team as her children were growing up, taking trips to Lambeau Field as a family for games, practices and occasionally “just because.”

Jon explained how he was influenced as a child and now as an adult by his mother’s unshakable loyalty to the Packers during her more than 50 years as a season ticket holder, making the 450 mile round trip drive on Highway 29 hundreds of times over the years. Nevala and her husband, Merlin, have had season tickets together since 1965.

An excerpt of the nomination letter from Nevala’s son reads:

“We were so blessed to spend time in the Pontiac Grand Safari wagon and experience the aura of Packers pride through our mom. Patricia and Merlin have always been so generous with their tickets and many people had their first Lambeau experience because of them. Patricia shared tickets with church, charity and community because it was always the right thing to do and never done to profit. While changes to the world of the Packers mirrors that of changes in life, one constant during that time has been the commitment and loyalty of the lady seated in Section 103, Row 32, Seat 2 to her ‘boys.’”

Nevala will receive four club seats to a 2016 Packers home game; a $500 Packers Pro Shop gift certificate; a road trip for two to a 2016 Packers away game, including game tickets, air fare and hotel accommodations; and a one-year subscription to Packers Plus. Nevala also will have her name permanently displayed in a place of honor in the Green Bay Packers Hall of Fame.

The Green Bay Packers established the Packers FAN Hall of Fame in 1998 for the purpose of annually honoring a devout and longtime Packers fan.