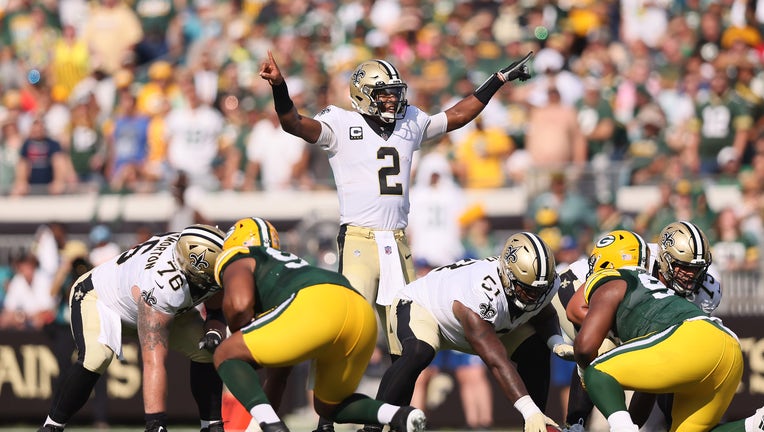 JACKSONVILLE, Fla. - Aaron Rodgers has rarely had an NFL performance like this. It was nearly a new Sunshine State low for a quarterback with plenty of Florida woes. The league’s reigning MVP completed 15 of 28 passes for 133 yards, with no touchdowns and two interceptions in a 38-3 drubbing to hurricane-displaced New Orleans on Sunday, Sept. 12.

He spent the final 11 minutes on the sideline, having given way to second-year pro Jordan Love. Rodgers mostly sat on the bench and chatted with teammates.

The Saints looked like geniuses for choosing to play in Florida, where Rodgers has been less than stellar over his 17-year NFL career. This one, though, made the others look good.

Rodgers finished with a 36.8 passer rating, tied for his fourth-worst in 191 starts. And it came against a defense supposedly thin in the secondary. 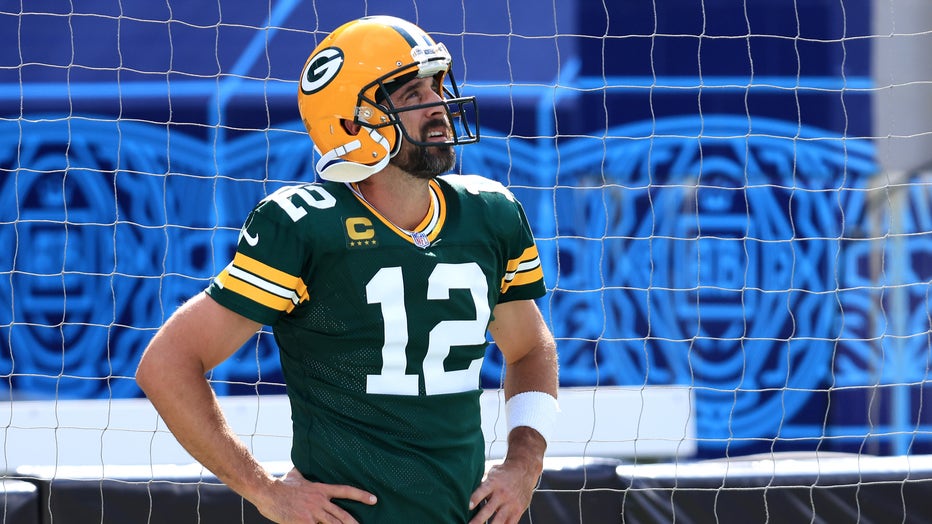 JACKSONVILLE, FLORIDA - SEPTEMBER 12: Aaron Rodgers #12 of the Green Bay Packers looks on prior to the game against the New Orleans Saints at TIAA Bank Field on September 12, 2021 in Jacksonville, Florida. (Photo by Sam Greenwood/Getty Images)

His biggest issue was Green Bay’s offensive line, which started two rookies and had another guy playing out of position because All-Pro left tackle David Bakhtiari is recovering from a knee injury.

The unit did little to open rushing lanes and even less to give Rodgers enough time in the pocket.

Rodgers was sacked once and hit on his first interception. The second one was a bad overthrow. He completed just one pass longer than 20 yards, a perfectly placed ball to Davante Adams that gained 31.

That led to Green Bay’s lone score, a 39-yard field goal by Mason Crosby on the final play of the first half.

Nothing changed after the break. And Rodgers ended the day like few others in his illustrious career.

Rodgers fell to 3-5 in eight starts in Florida, including back-to-back losses.

The Saints, who spent two weeks practicing in the Dallas area after Hurricane Ida made landfall near New Orleans on Aug. 29, had their pick of any of Florida’s three NFL stadiums. They chose Jacksonville in an effort to make it tougher on Packers fans trying to get tickets, and partly because they didn’t want Tampa Bay fans cheering against a fellow NFC South team.

They also looked at Rodgers’ record in the Sunshine State, which wasn't good and just got worse.

Green Bay won the coin toss and deferred, and the Saints started with the ball as play got underway.

The Saints opened with a field goal, bringing the score to 3-0 early in the first quarter.

The Packers did not score on their opening drive.

New Orleans' Alvin Kamara scored a touchdown early in the second quarter to put the Saints up 10-0 over the Packers with the extra point.

The Saints' Juwan Johnson added to New Orleans' lead with a touchdown just before halftime, bringing the score to 17-0.

The Packers finally got on the board just before halftime with a 39-yard field goal by Mason Crosby, which put the score at 17-3. 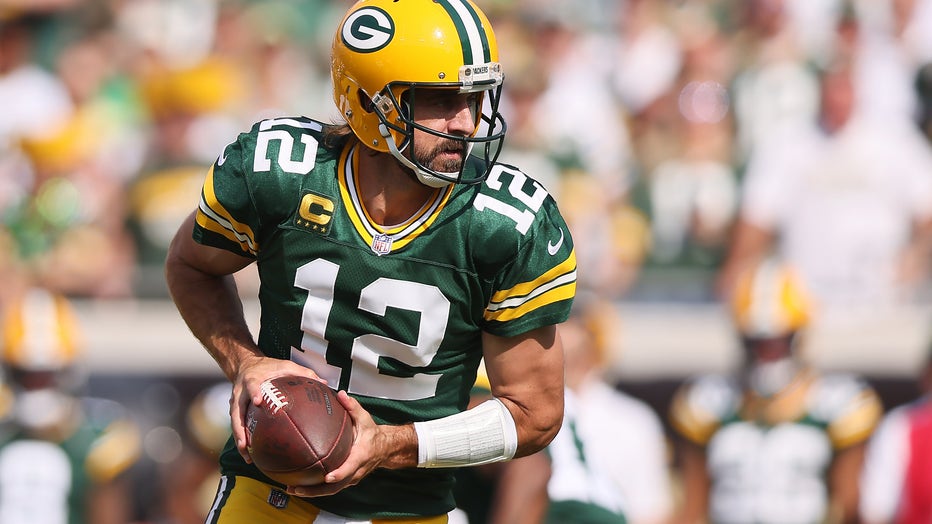 JACKSONVILLE, FLORIDA - SEPTEMBER 12: Aaron Rodgers #12 of the Green Bay Packers hands the ball off during the first quarter against the New Orleans Saints at TIAA Bank Field on September 12, 2021 in Jacksonville, Florida. (Photo by James Gilbert/Get

The Saints' Juwan Johnson scored his second touchdown of the game as the fourth quarter got underway, extending New Orleans' lead to 31-3.

New Orleans extended their lead to 38-3 with a touchdown by Deonte Harris with about 10 minutes left in the game. Jordan Love entered the game for the Green Bay Packers.

Aaron Rodgers opened up about what he was thinking as he believed he deserved more of a voice in the personnel decisions the Green Bay Packers' front office made.