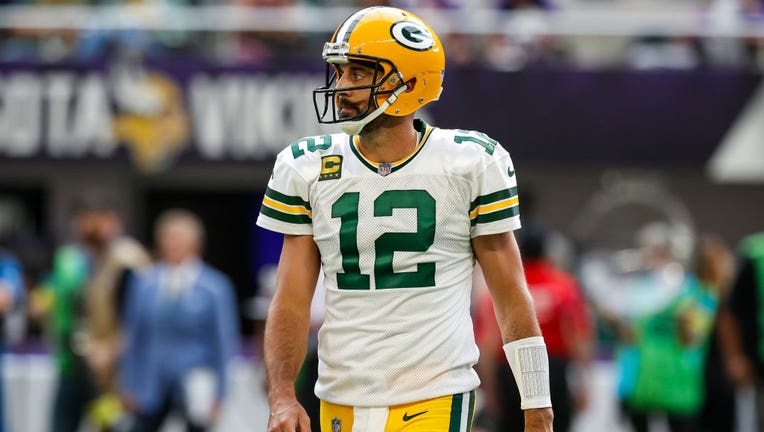 MINNEAPOLIS, MN - SEPTEMBER 11: Aaron Rodgers #12 of the Green Bay Packers on the field against the Minnesota Vikings quarter of the game at U.S. Bank Stadium on September 11, 2022 in Minneapolis, Minnesota. The Vikings defeated the Packers 23-7. (Ph

GREEN BAY, Wis. - After suffering a lopsided loss in their opener for a second straight year, the Green Bay Packers can only hope the rest of their season also has a familiar feel.

The Packers fell 38-3 to the New Orleans Saints in their first game last year but went on to finish 13-4 and earn the NFC’s top playoff seed. They’re leaning on that experience as they try to bounce back from Sunday's 23-7 loss at Minnesota.

"I think a lot of our veterans, this isn’t their first rodeo and not the first time they’ve suffered a defeat," Packers coach Matt LaFleur said Monday. "But it’s always interesting to see how young guys respond to a defeat or not playing your best. You’ve got to be critical, but at the same time, you still have to try to put your arm around these guys because you want them confident."

One of those young guys is rookie second-round pick Christian Watson, who got wide open but dropped a potential 75-yard touchdown pass from Aaron Rodgers on the Packers’ first play from scrimmage.

That was the most glaring of many mistakes the Packers made on a day that left them open to second-guessing.

As the Vikings built a 17-0 halftime lead, Minnesota’s Justin Jefferson rarely had to match up against Jaire Alexander, the Packers’ best cornerback. Jefferson capitalized by scoring two touchdowns and finished the day with nine catches for a career-high 184 yards.

"Why I wasn’t on him, that’s not my call," Alexander said after the game. "Anybody who watches me play, you know that’s what I want."

LaFleur noted Monday that it’s tough to assign a single cornerback to a particular receiver for the course of an entire game "unless you are committed to playing man coverage every snap."

He complimented the Vikings for the way they created advantageous matchups for Jefferson and used him much the way the Packers utilized Davante Adams, the two-time All-Pro wideout now with the Las Vegas Raiders.

"Obviously it didn’t hurt them," LaFleur said. "So maybe we’re doing something wrong in practice, whatever it may be. But certainly it’s disappointing, I thought our guys were locked in, ready to go."