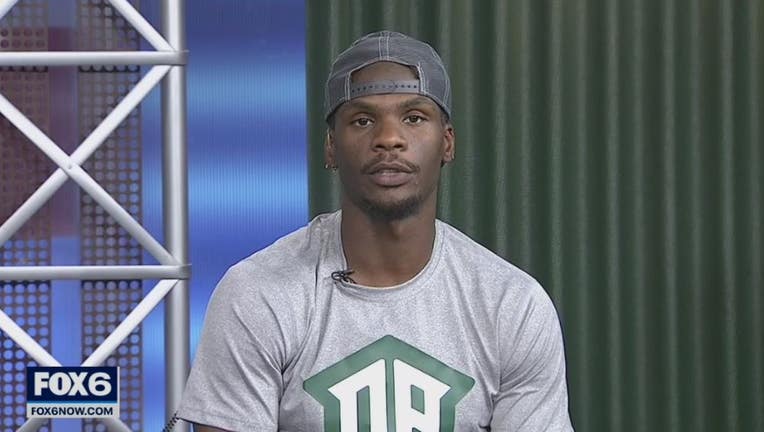 The Green Bay Packers had a season opener to forget, dropping a 38-3 game to the New Orleans Saints in Jacksonville on Sunday, Sept. 12.

FOX6's Lily Zhao went one-on-one with Packers wide receiver Marquez Valdes-Scantling to get his thoughts on what happened and about reading books from Aaron Rodgers' book club.

Zhao: "I think a lot of people are wondering, when you have an offense that was the most potent offense in the league last year, and you guys come back with a majority of the same pieces, how do you score just three points against New Orleans? How does that happen?"

Valdes-Scantling: "Just too many mistakes and not enough execution on the things that, you know, we're good at. We just had some struggles, and obviously not being able to convert on our third downs was what we were really good at last year, so we couldn't stay on the field. You know, having like 16 or 17 plays in the first half, you're not going to score that many points with not that many opportunities. Like I said, we didn't do a good job of staying on the field, so it just caused us to not be able to score points."

Zhao: "Now Marquez, regardless of what happens in Week 1, there's going to be a lot of big declarations whether you win big or you lose big. What do you have to say to those people that are saying it's going to be a long year. Is it just one game?"

Valdes-Scantling: "Yeah, I mean you got 17 games, so the Super Bowl isn't tomorrow, so we got a lot of time, and we'll figure it out. Obviously, we're a really good football team with a lot of pieces that we have are going to be successful with, so we'll get it going. It's one game so don't write us off just yet."

Valdes-Scantling: "Obviously, we want to get that taste out of our mouths so we got to wait a whole eight days until we can play again. It's Monday Night Football, division rival who always plays us tough no matter what the situation is. Being back at Lambeau with the full crowd, obviously, we're super excited about that."

Zhao: "Now Aaron Rodgers did praise the fact that you are reading a lot more books, and he got you a stack of books. Can you enlighten us with the choices that he gave you?"

Valdes-Scantling: "He gave me about 20 books. I can't name them all. I've only read one, so I've got about 19 more to go. I just finished that first one, so I'm going to start the next one here relatively soon within the next day or two."

Zhao: "Was the first book ‘The Alchemist’?"

Valdes-Scantling: "Yeah, that was it."

Zhao: "It seems Aaron Rodgers is going to start his book club on The Pat McAfee Show. Do you want in on that at all?"

Valdes-Scantling: "I got to pick up a little bit more books before I can join his book club. I think he's got a couple more years on me and a lot more experience reading books than I do, so I gotta catch up a little bit before I join his club."

Packers fans happy football is back, despite 'frustrating' loss

The Packers' blow-out loss vs. the New Orleans Saints in Week 1 of the NFL season wasn't exactly must-watch TV, but fans said despite the result, they're happy the season is back.

The Harlem Globetrotters are bringing their newly reimagined Spread Game Tour to Fiserv Forum on December 31.