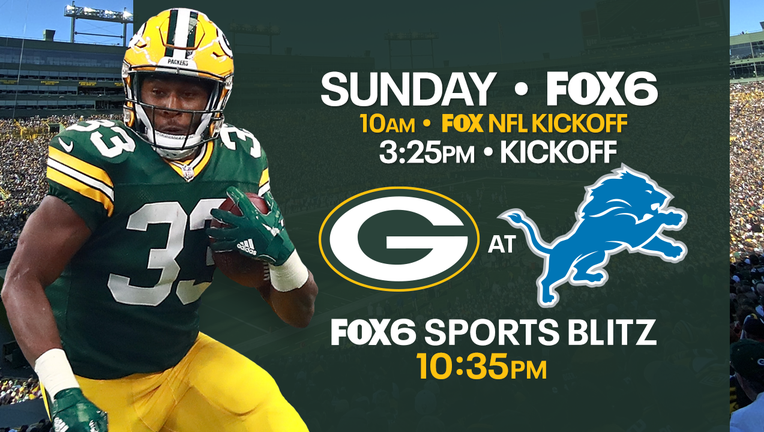 DETROIT - The Green Bay Packers head to Detroit on Sunday, Dec. 13 to face the Detroit Lions. It is the green and gold's first road division game since Week 1. It is a game you can see only on FOX6 -- kickoff is set for 3:25 p.m.

According to Packers.com, this marks the fifth time in the last six years that Green Bay will visit Ford Field in December/January. Green Bay's 101 regular-season wins over the Lions are the most it has against any team. The Packers swept the season series in 2019 for the ninth time in the last 16 years.

Green Bay has a 30-11 overall mark against Detroit since 2000, a .732 winning percentage that is tied for No. 1 among NFL clubs (Minnesota) with 10-plus meetings against the Lions.