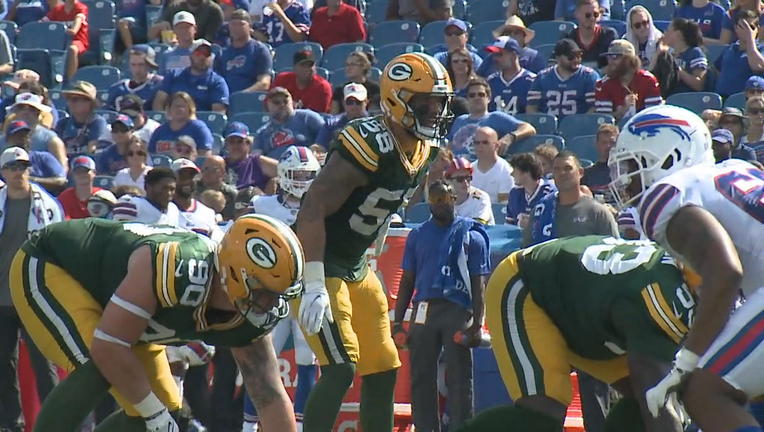 BUFFALO - As a sixth round draft choice from Boston College, Isaiah McDuffie wanted to make an impact on Saturday afternoon in the preseason finale for the Packers.

He did just that by coming up with a huge sack.

"Just seeing the quarterback in the lane and I just took it," said McDuffie. "[It] opened right up for me and he tried to scramble, he tried to do a spin move out of it and I just grabbed him by the ankles and was able to get him down."

McDuffie had extra motivation to make an impact this weekend because he's from this area. He played four high school playoff games on this field and he definitely wanted to deliver upon his return.

"As soon as I got drafted, as soon as the schedule came out, I was like, "Oh, man, I'm going back to Buffalo." Once in a lifetime deal," McDuffie said. "So I was just happy about that."

McDuffee played for his father in high school. He had a large contingent on hand in the stands against the Bills.

"It's amazing," said McDuffie. "Just seeing all the hard work finally pay off is just very rewarding. [With] my little cousins, friends and family in the stands, I want to be that inspiration for them. Show them with a lot of hard work you can do whatever you want at the end of the day."