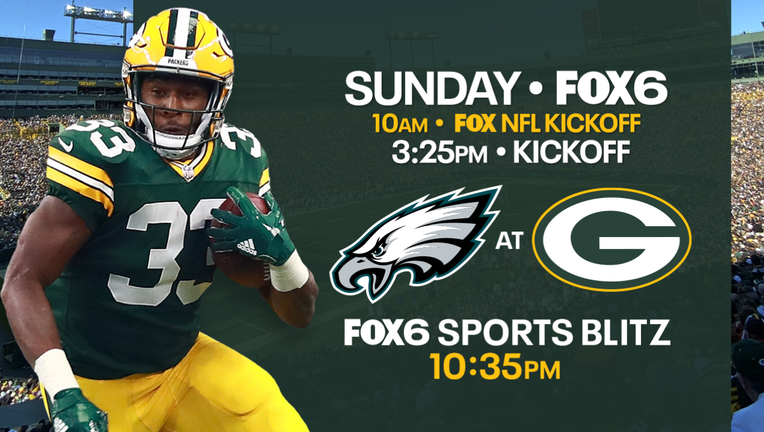 GREEN BAY, Wis. - The Green Bay Packers are looking to soar over the Philadelphia Eagles at Lambeau Field this Sunday -- a game that marks the Eagles' first visit to Lambeau Field in the month of December.

According to Packers.com, Green Bay has won five of the last seven meetings (including playoffs) against the Eagles. With Aaron Rodgers as the starting quarterback, Green Bay is 4-1 against Philadelphia (including the postseason).

Dating back to 2000, the teams have alternated wins at Lambeau Field, with each club winning three games over that span.

In the last six meetings in Green Bay, four have been decided by seven points or less. The Packers have won 13 of their last 16 regular-season games.

Green Bay is finishing the regular season with four of its last six games at home for the first time since 1977.

The Packers own a 7-3 record and have a two-game lead over the Bears.