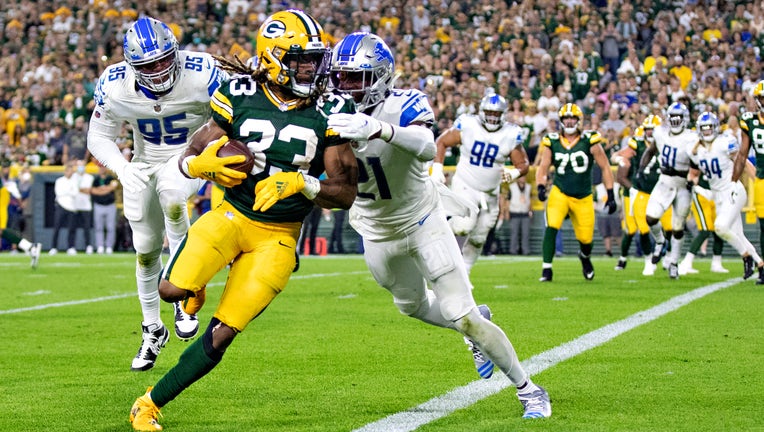 GREEN BAY, WI - SEPTEMBER 20: Aaron Jones #33 of the Green Bay Packers runs a pass in for a touchdown during a game against the Detroit Lions at Lambeau Field on September 20, 2021 in Green Bay, Wisconsin. The Packers defeated the Lions 35-17. (Photo

Kickoff is slated for roughly 7:15 p.m. Sunday. The Packers must win into order to get into the playoffs.

Meanwhile, there are a limited number of tickets are now available for the home game against the Lions. The extra tickets are available because the Lions returned a portion of the team's allotment.

Here's the rest of the Sunday lineup, according to NFL.com (broadcast schedule to be finalized).