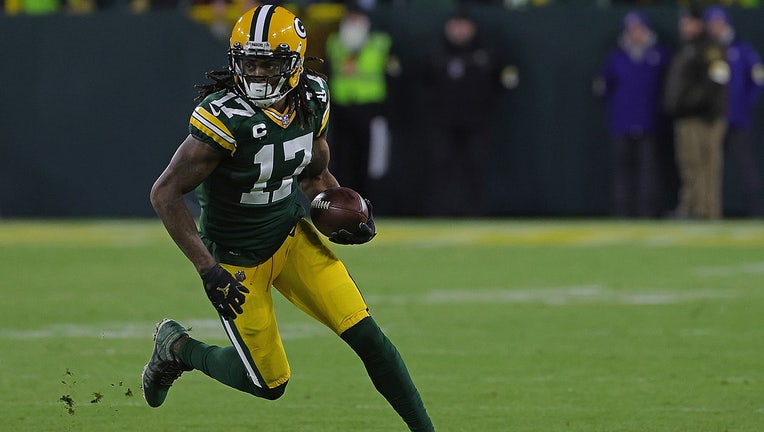 The Packers made the move Tuesday after MVP quarterback Aaron Rodgers announced he’s planning to return to Green Bay for an 18th season.

If the Packers hadn’t tagged him or signed him to an extension, any team would have had the opportunity to sign Adams when the free agency period opens March 16.

Adams and the Packers now have until July 15 to work out a long-term extension. If they don’t come to terms, Adams would play this season for just over $20 million because a player’s franchise tag tender is either the average of the five largest salaries from the prior year at the position - $18.4 million for receivers - or 120% of his previous season's salary. The player receives the higher amount; in Adams’ case, he gets the 120%.

Adams could negotiate with other teams under the non-exclusive tag, but the Packers could match any offer, and if they didn't they would receive two first-round draft picks.

Packers general manager Brian Gutekunst had said last month he would prefer not to use the tag on Adams.

"It’s obviously a tool that’s made available to us," Gutekunst said at the time. "If we need to use it, we certainly will. I think we’d love to come to an agreement before that, but it is a tool to be able to protect one of your star players. But at the same time, that’s not the way – we kind of like to exhaust all options before we get to that point."

Adams also didn’t seem happy about the idea of getting tagged when asked late in the season.

"I’m not sure how to answer that safely right now," Adams said then. "So, we’ll just cross that bridge when we get to it. I’ll just say that. I like to be professional on here."

Adams, 29, has earned All-Pro honors each of the last two seasons and was a unanimous selection in 2021. He set Packers single-season records for catches (13) and yards receiving (1,553) while also scoring 11 touchdowns.