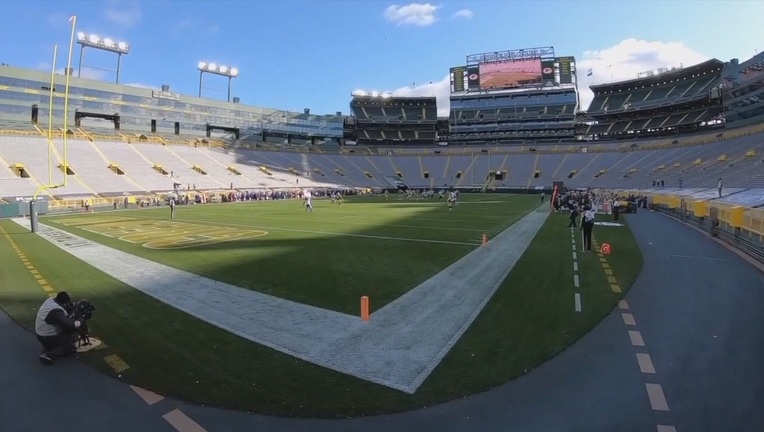 MILWAUKEE - With the Green Bay Packers returning to the postseason on Saturday, Jan. 16 -- a 3:35 p.m. kickoff against the Los Angeles Rams you'll see only on FOX6 -- fans are encouraged to light up their homes and neighborhoods with support for the team by participating in "Glow Pack Glow."

In partnership with Fleet Farm, Glow Pack Glow encourages fans to stay connected to the team and show their support from wherever they live by switching out white light bulbs in favor of green and gold bulbs at their homes.

Free green and gold light bulbs, compliments of Fleet Farm, are now available at all Lambeau Field Atrium businesses, including at the Packers Pro Shop, 1919 Kitchen & Tap, and the Hall of Fame and Stadium Tours desk.

Packers fans are also invited to share photos of their porch lights or other lighting at their homes switched to green and gold light bulbs by using the hashtag #GlowPackGlow.

The Packers will share a selection of posts from fans all around the world throughout the rest of the season on the team’s social media platforms.

Titletown District spruced up for Divisional Playoff in Green Bay

There is some sprucing up of the plaza in the Titletown District -- ahead of Saturday's NFC Divisional Playoff game between the Packers and Rams.