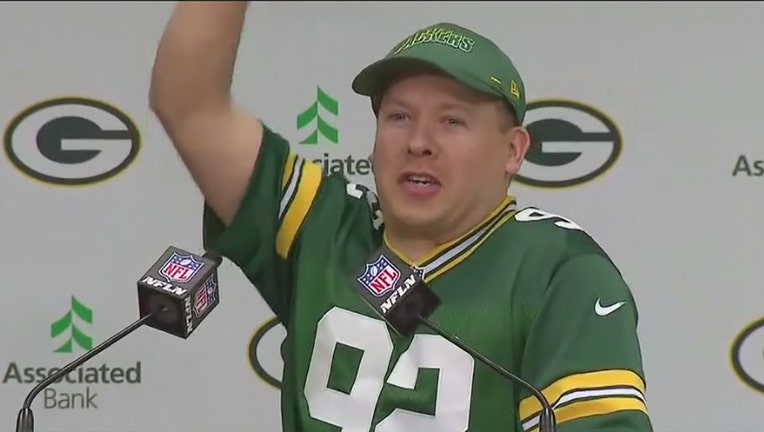 Yasick was selected by fans from a field of 10 finalists during a voting period that ran from Jan. 1-31 on packers.com. More than 79,800 votes were cast from throughout the U.S. and countries around the world.

A Mazomanie native, Yasick’s love for the Packers began at a young age, dating back to Packers training camp in 1994.

Yasick, who was born with cerebral palsy, was part of a sea of Packers fans following Reggie White to practice. White was swiftly maneuvering the crowd, appearing to stop for no one, until eventually he stopped for just one person: Yasick. Saved video footage shows White taking a photo with Yasick and giving him an autograph.

Since that day, Yasick’s love for the Packers has grown. He became a season ticket holder in 2003 after graduating from high school and is well-known by the ushers in Section 129. Yasick worked to save money from multiple jobs for his tickets and even paid extra to have the Packers ‘G’ emblazoned on his leg braces. 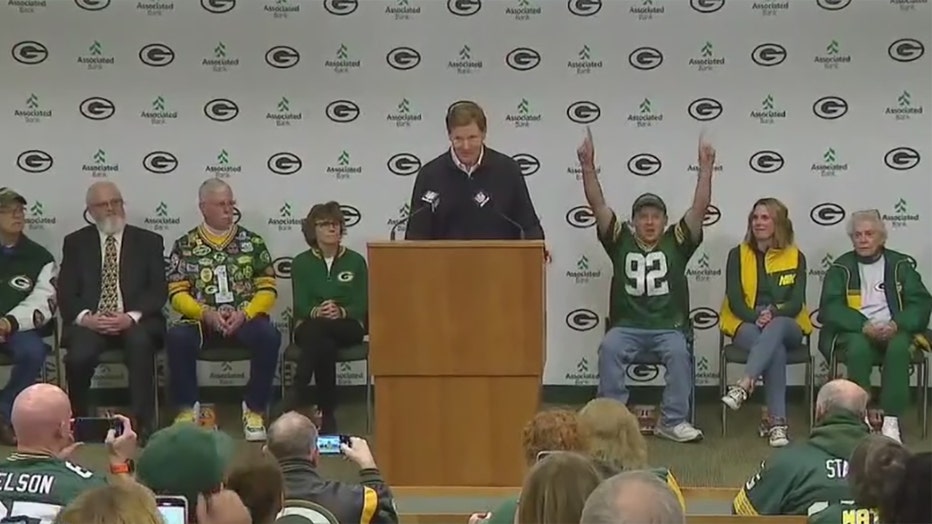 Yasick’s bedroom reflects his dedication to the Packers with its collection of Packers hats, bobbleheads, coins, lamps, curtains and other memorabilia.

Yasick’s cousin, Josh Hames, nominated him and used the nomination essay to showcase Yasick’s love and loyalty for the Packers, exemplified by his reputation as one of the loudest fans both in Section 129 and in his neighborhood.

In an excerpt from the nomination essay, Hames wrote:

"Instead of surrendering to or feeling defeated by a life with cerebral palsy, Jeff persevered that day. He didn’t groan at his inability to progress towards Reggie as quickly as everyone else but decided to push forward as fast as he could. That day is the perfect example of who Jeff is as a Packers fan, and as a person in general: relentless and loyal."

In honor of his selection, Yasick will receive four club seats to a 2022 Packers home game; a $500 Packers Pro Shop gift certificate; a road trip for two to a 2022 Packers away game, including game tickets, air fare and hotel accommodations; and a one-year subscription to "Packer Plus."

Yasick also will have his name permanently displayed in a place of honor in the Green Bay Packers Hall of Fame.

Green Bay Packers general manager Brian Gutekunst says he’s not giving Aaron Rodgers any deadlines on when to decide on a possible return.

Like Matt Kenseth and Alan Kulwicki before him, Josh Bilicki is trying to put Wisconsin motorsports on the map.