Packers alumni, Camp Hometown Heroes team up for fishing tournamen: “We love to give back”

Packers alumni, Camp Hometown Heroes team up for fishing tournamen: "We love to give back"

GREEN BAY -- Green Bay Packers legends are a rare breed. That's just one reason why their popularity has seemed to transcend time. A few Packers alumni recently teamed up to honor and assist some real heroes. 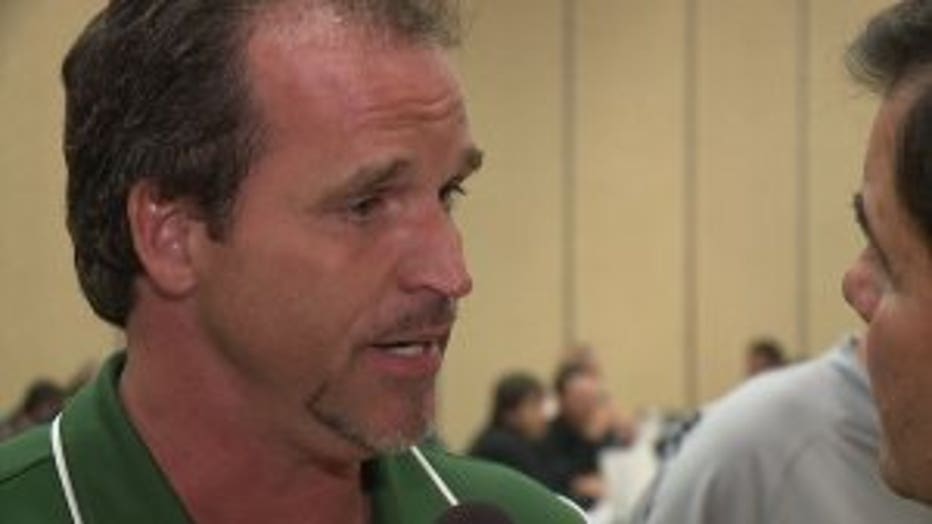 "Wisconsin's given so much to us, and when I say 'us' I mean Packers alumni, and when we have the opportunity, we love to give back," Chris Jacke said.

Like so many who proudly wore the green and gold, Packers Hall of Fame kicker and Super Bowl 31 champ Chris Jacke is doing just that. 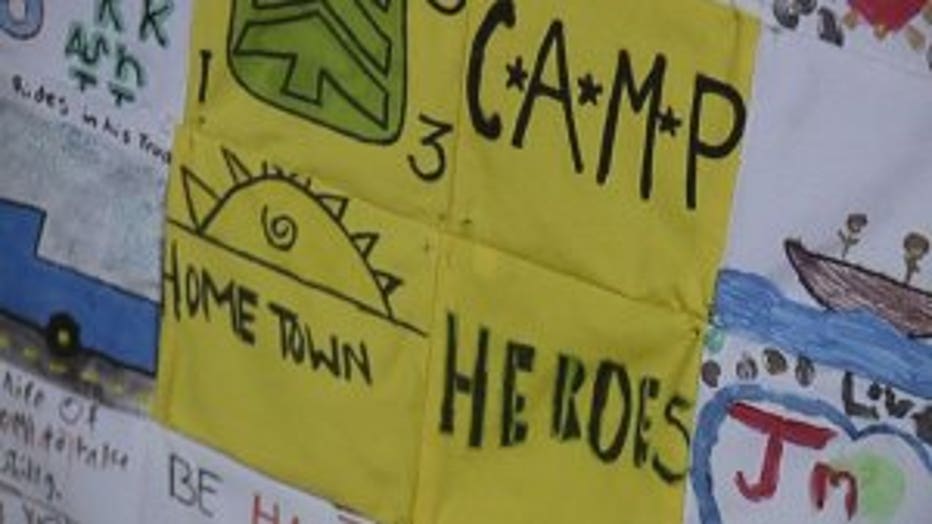 Camp Hometown Heroes is a free, week-long summer camp for kids who have lost a loved one who served in the military. That struck a chord with Jacke.

"I come from a military family. My dad was in the Navy. My brother was in the Army in the late 90s. My oldest son has just finished up his third year at West Point -- so it just made sense to put this together, and the alumni that are here, I'm really thankful that they've taken the time to come," Jacke said. 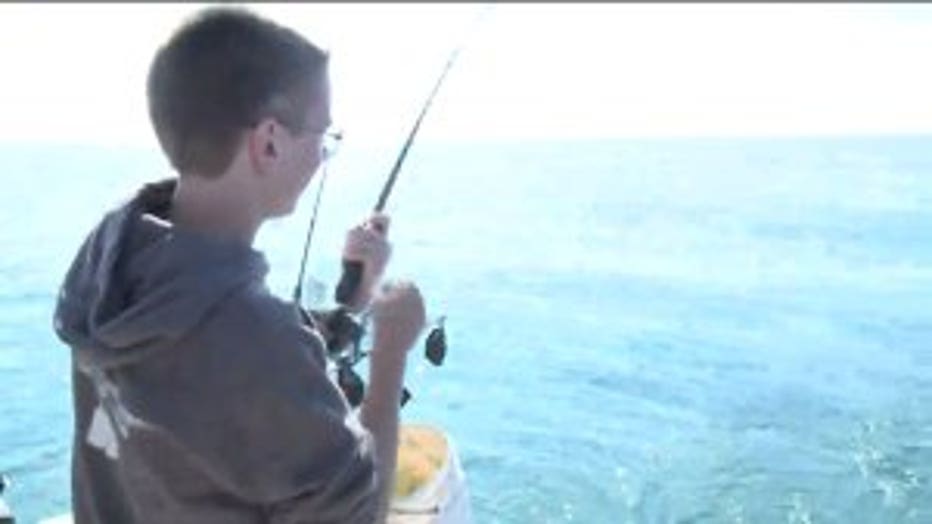 "Any time there's anything we can do for our veterans or for the people who protect our freedom and give their life so we can sit on the beach and get a tan -- we need to give, and we need to stand up, and we need to participate. This is for the children of some folks who have fallen in the line of duty," Kramer said.

When Brian Naseman lost his life serving our country in Iraq six years ago, Peggy Naseman lost a husband, and her two sons, now teenagers, lost their father.

Camp Hometown Heroes has had an impact on all three.

"It's made a huge impact. It's hard when you lost a loved one in any way -- but for this, it was different. They went to camp and they really had a good time because they were around a bunch of children who went through the same experience, and so they were all able to just experience the same heartbreak. They shed tears and they cried and they laughed and there was no fear," Peggy Naseman said. 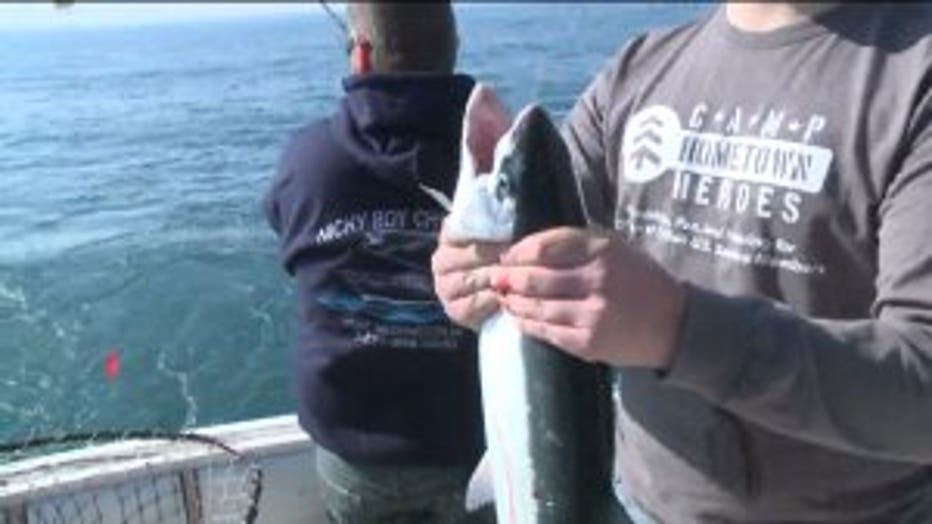 "Camp really helped me a lot because I met some of my best friends there. They helped me get through my situation, and I helped them get through theirs," Cole Naseman said.

"Camp has helped me grieve through the loss of my dad. I have built bonds with people, friendships," Carter Naseman said.

The Naseman family has made a great new friend in Jacke.

In the end, these former Packers players helped youngsters with Camp Hometown Heroes -- and Kramer knows that would put a smile on the face of legendary coach Vince Lombardi.

"At the end of the day, when the game is over and the crowd has left the stadium, and the lights are out and the newspaper accounts have been written, the championship ring is on the desk and you're in the quiet of your room, the only thing left at that time is to have a certain quality about your life and try to leave the world just a little bit better than when you arrived," Kramer said. 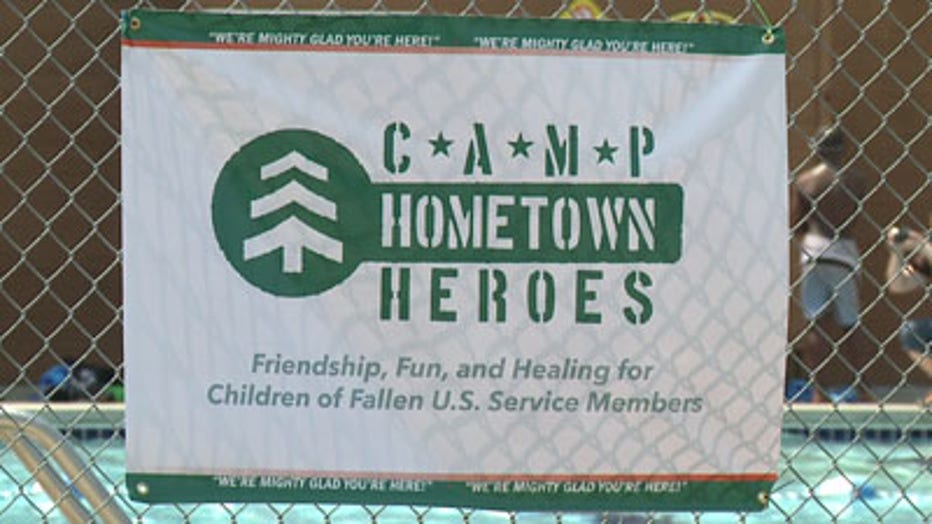