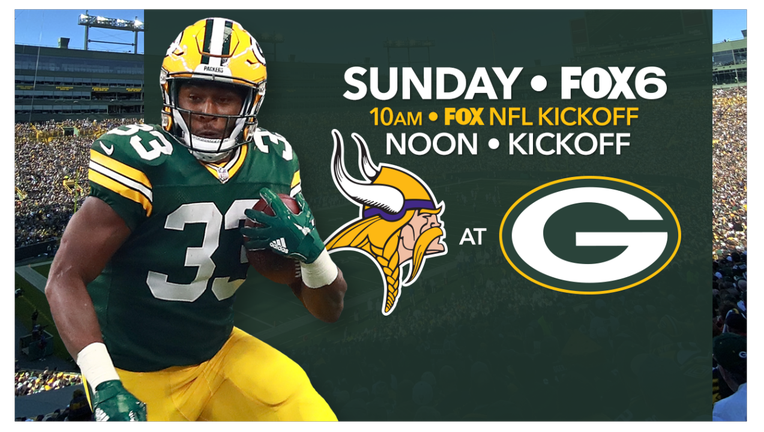 GREEN BAY, Wis. - The Green Bay Packers will play their first game at Lambeau Field since Oct. 5 when they take on the Minnesota Vikings this Sunday. It's a game you can see only on FOX6.

According to Packers.com, including the playoffs, Green Bay has an 8-3-2 mark (.692) against the Vikings at Lambeau Field since 2008. Of the past 36 regular-season meetings between the teams, 23 of those games have been decided by seven points or less.

The Packers have started 5-1 for the second consecutive season. It is the first time since 1965-66 that Green Bay has won at least five of its first six games in back-to-back seasons.

The Packers have won 10 of their last 11 regular-season games, including seven straight at home.

Kickoff for this matchup is at noon. Tune into FOX6 to see it all.

He was ruled out on Friday with a calf injury that kept him out of the previous game. That leaves Jamal Williams and A.J. Dillon as the top two running backs against the Vikings.

Herb Adderley played in four of the first six Super Bowls and won five NFL championships with Green Bay and one with Dallas during his 12-year career.

The three-time NFL MVP cast his support for Trump’s reelection bid on Friday. He tweeted his support for the president and made clear where he stands on some hot-button issues.