NASHVILLE -- The Green Bay Packers kick off a three-game road trip with a visit to Nashville, Tennessee. They will square up against the Titans on Sunday, November 13th at noon -- it's a game you'll see only on FOX6. It's also the first part of a doubleheader on FOX -- the second game features Dallas at Pittsburgh. 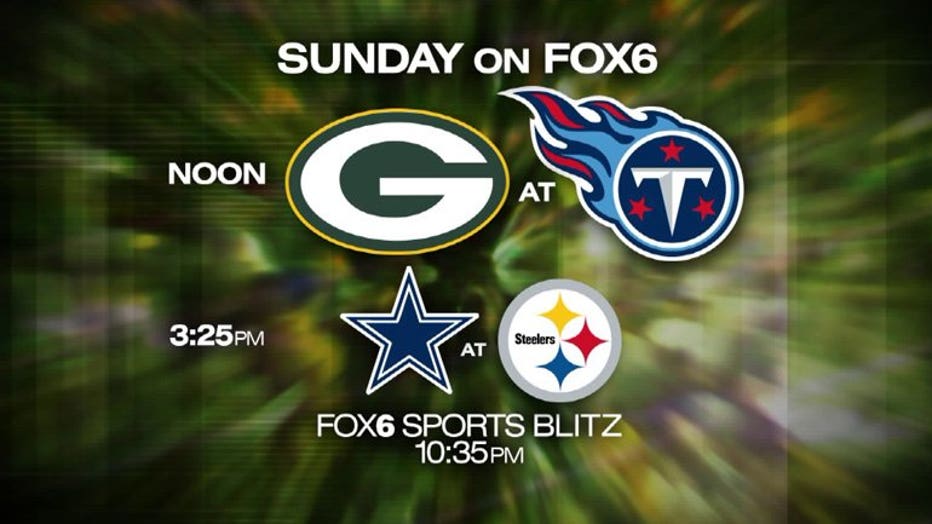 According to Packers.com, Green Bay is playing three road games in a row for the first time since 2012 and only the third time in the last 19 seasons (also 1998).

Sunday will be Green Bay’s third regular-season visit to Tennessee. The previous two regular-season matchups at the Titans were decided by six
and three points. The Packers trail in the overall series with the Titans, 5-6, but won the last meeting, 55-7, in 2012 at Lambeau Field. In the last meeting with the Titans, QB Aaron Rodgers recorded a 125.1 passer rating after completing 27 of 38 passes for 342 yards, three touchdowns and zero interceptions.