MILWAUKEE -- Out of bounds, or a slam-dunk observation? An owner of the Milwaukee Bucks on Tuesday, September 27th responded to comments made by Bucks President Peter Feigin -- that Milwaukee is the most segregated and racist city he's ever experienced in his life. 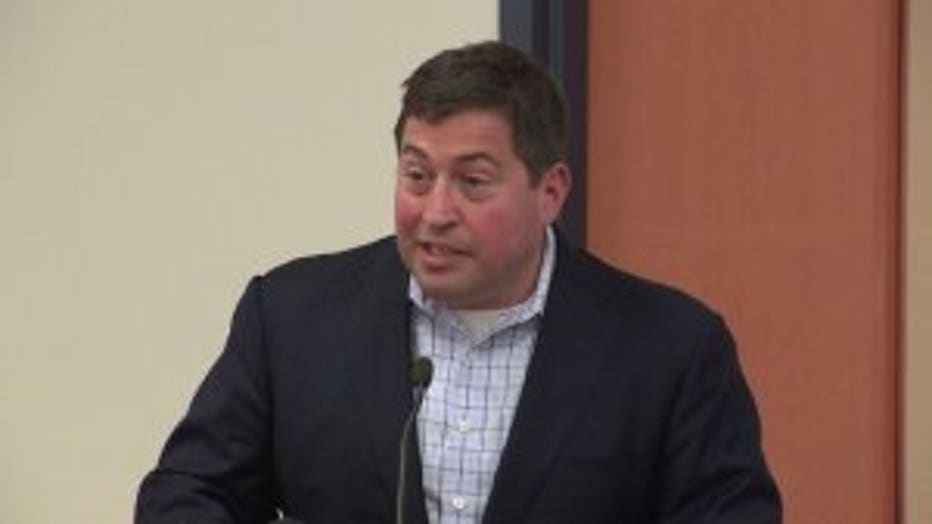 FOX6 News spoke with Bucks co-owner Wes Edens as the team opened training camp at the Kohl Center in Madison Tuesday. Edens said Feigin could've used a better choice of words, but said the problems Feigin describes in his remarks are real, and he thinks the Bucks may be able to help. "The words that he chose might`ve been a little different," Edens said, "From my standpoint, I wanna move past the awareness of it to actually outcomes that are gonna make things better." Feigin delivered the remarks September 21st before the Rotary Club of Madison. The quote, first reported by the Wisconsin State Journal is as follows: 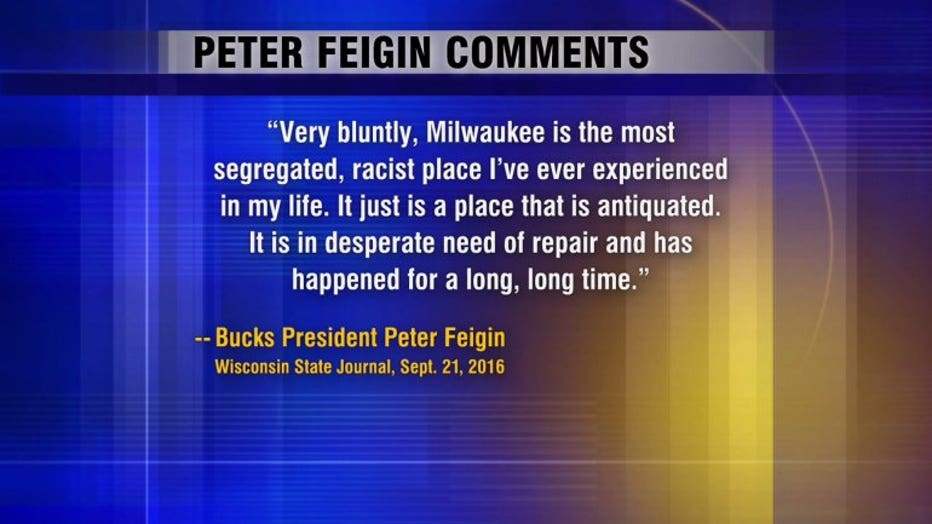 "Very bluntly, Milwaukee is the most segregated, racist place I've ever experienced in my life. It's just a place that is antiquated. It is in desperate need of repair, and has happened for a long, long time." 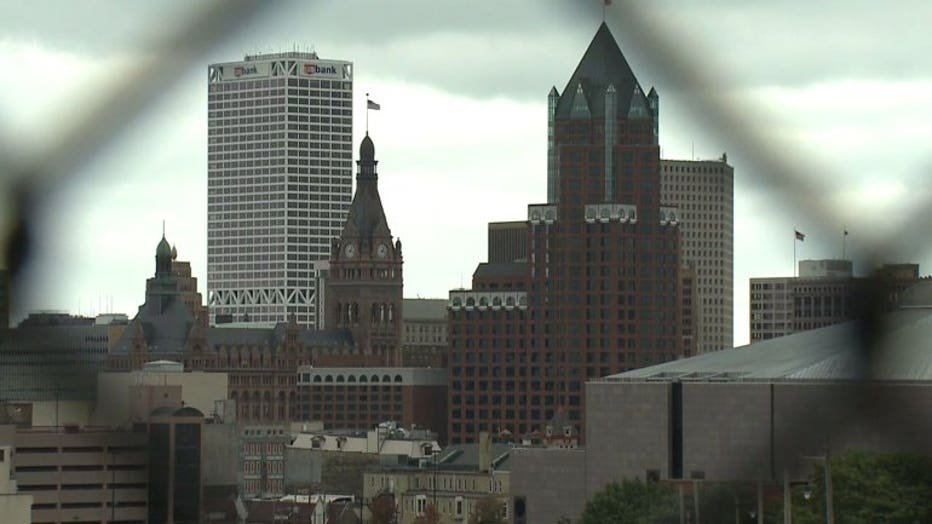 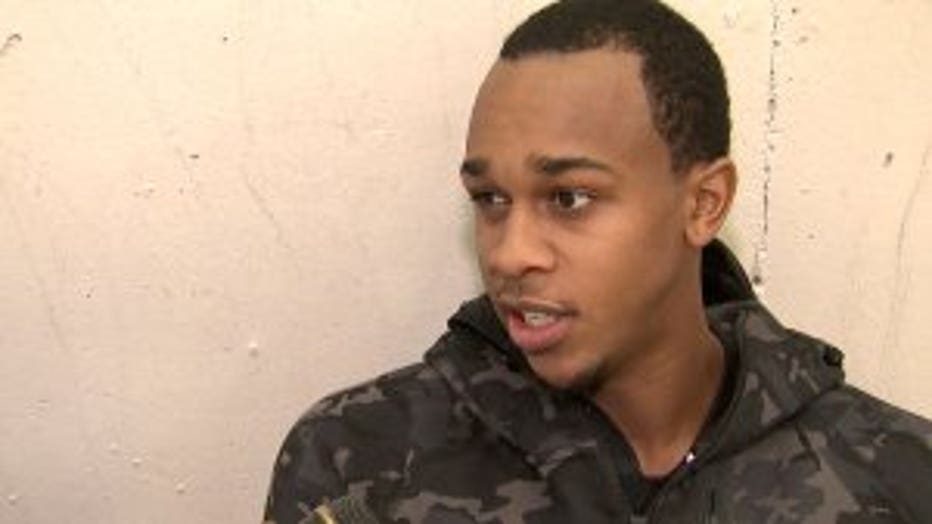 "The numbers don`t lie, man. If he feels that way, he feels that way," John Henson, Bucks forward said, "Someone coming from New York that’s lived here for a year, for him to feel that way is an issue in itself within the city." Henson referred to two studies and a report out of the University of Wisconsin-Milwaukee that found Milwaukee to be the most segregated major metro in the country. But if the city is indeed in need of major changes, how does it help to spend hundreds of millions of public dollars on a new arena for a team with very wealthy owners? FOX6's AJ Bayatpour: "After interest, $400 million in taxpayer dollars for the public`s share of the arena -- that money could cover a lot of those repairs. What do you say to the people in Milwaukee watching?" 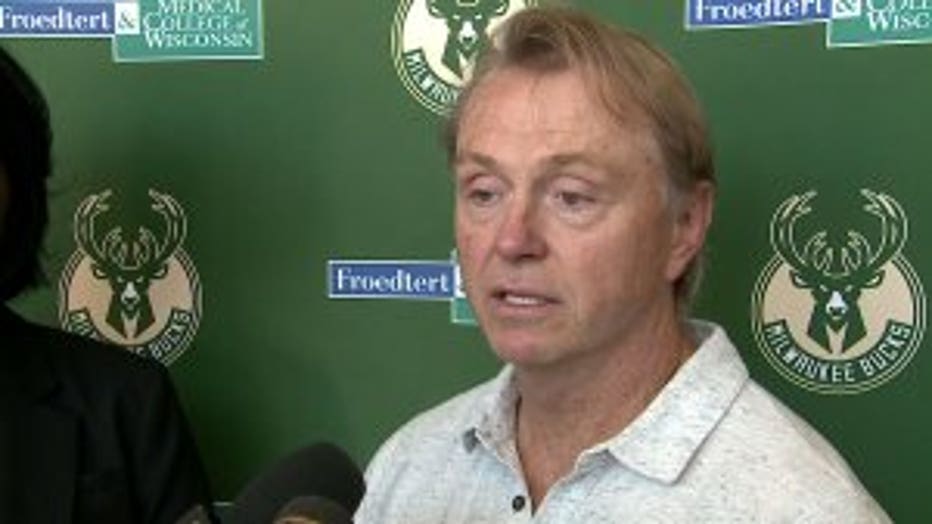 "Again, the choice of words would`ve been different, but I think the notion of awareness is a good one. I know, for my part, we`re focused on doing the things we can to connect and make a difference in the community," Edens said. The Bucks have pledged to pay workers at the new arena at least $15/hour by 2023. The team's most prized player, Giannis Antetokounmpo, was low-key in his response to questions about civil disorder in August that brought national attention to segregation in Milwaukee. "I don’t want to say I haven’t been paying attention but you just have to think positive and love one another," Antetokounmpo said, "That’s what we’ve got to do." Much like Edens, head coach Jason Kidd stood by Feigin, stating that issues raised by the team president are not unique to any one city. "That’s our president and we’re very supportive of our family members," Kidd said, "He had an opinion and, you know, we have to help. It’s an issue that’s going throughout our country and we have to help." Henson had his own high-profile incident in the fall of 2015. He believes he was racially profiled by a suburban jewelry store after the doors were locked and police were called before he could come in. "My situation was just a small, small incident in a big, big realm of problems around America and in the community," Henson said. Henson added the Bucks, including players, have a responsibility to help bridge the racial divide. 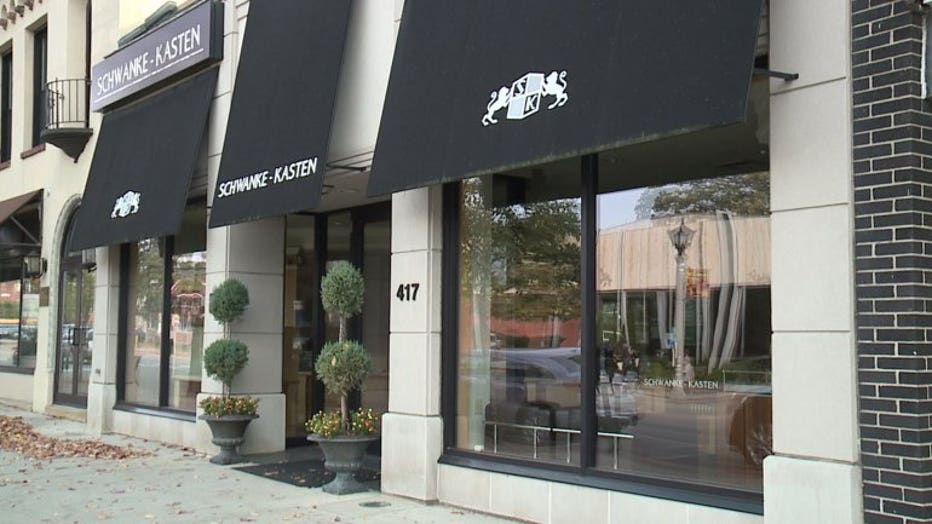 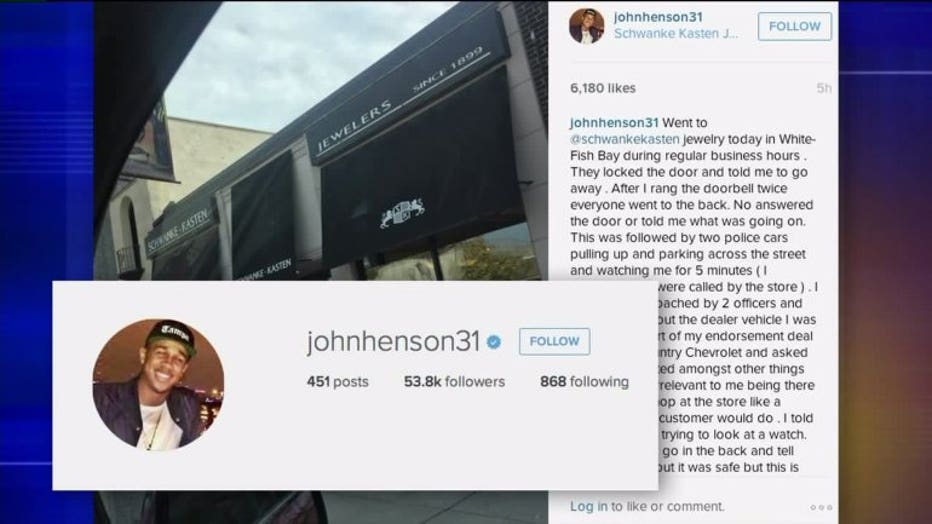 "Not just saying stuff -- but going to help and going into the community to figure out what the issue is and start from the young, from the youth, and hopefully by the time they`re our age, it`s not a problem," Henson said. 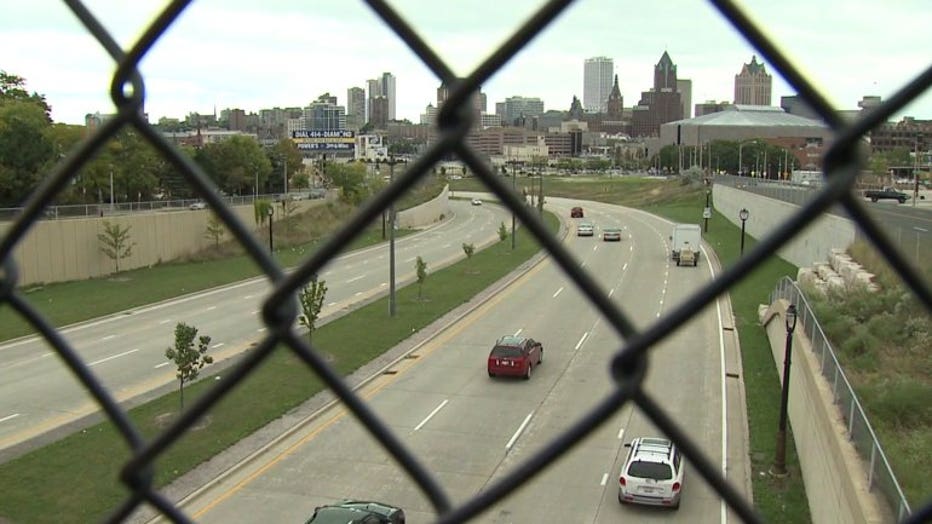 FOX6 News did ask Tuesday to speak with Peter Feigin himself. Team officials said he wasn't in Madison. UPDATE: Through the Bucks, Feigin provided a written statement that reads in part: “Milwaukee is a terrific community with wonderful people and I am proud to be a part of it. I was addressing a question about the social, economic and geographic divides that exist and how we can help address them. It wasn't my intention to characterize the general community as overtly racist."