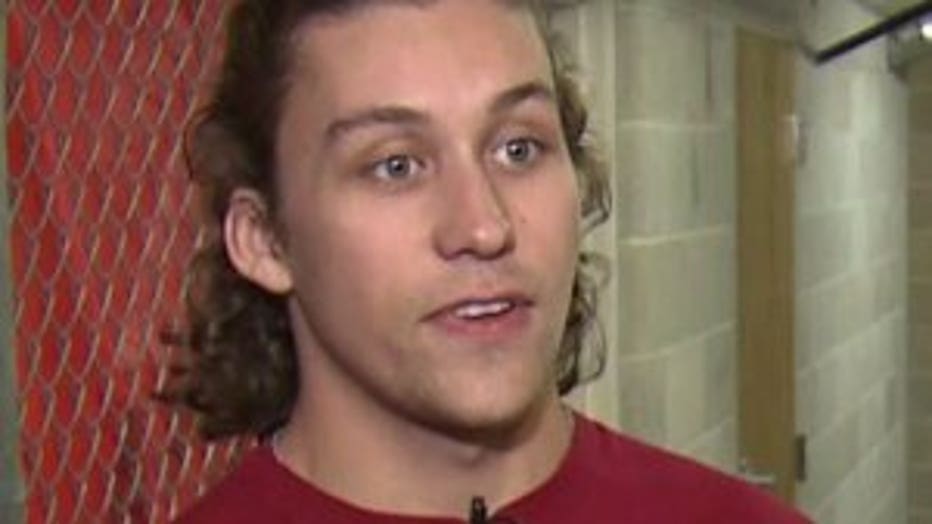 MILWAUKEE -- With the playoffs closing in, the Milwaukee School of Engineering hockey team was in the thick of things, but still found time for something bigger -- using their platform to make a difference on Friday night, Feb. 8.

"We're trying to push it as long as we can, just so I don't have to say goodbye to these guys and hang up the skates," said Matthew Romund.

With the regular season coming to an end, Matthew Romund, the captain of the MSOE Raiders, was skating for something big.

"Every second we get on the ice is cherished," said Matthew Romund. 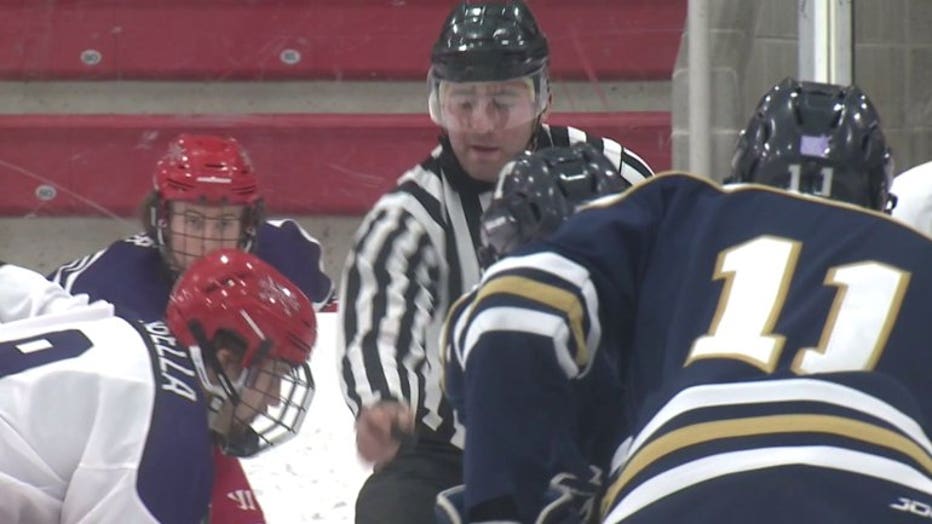 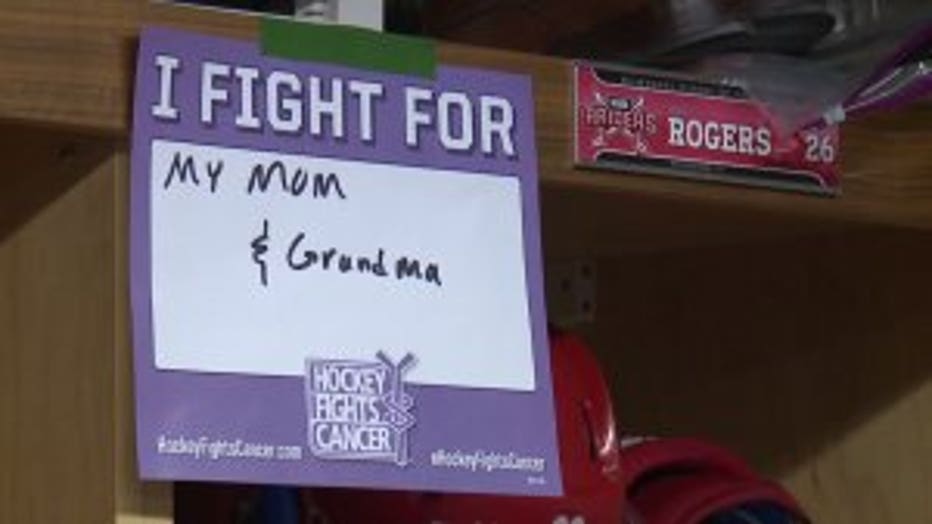 "Both teams are in a playoff push and playoff hunt," said Coach Graham Johnson.

"For us, it's an opportunity to raise a lot of money, hopefully, for the American Cancer Society," said Johnson.

Wearing special sweaters that were auctioned off after the game, along with other items, the players used their platform to raise money for the American Cancer Society of Wisconsin. 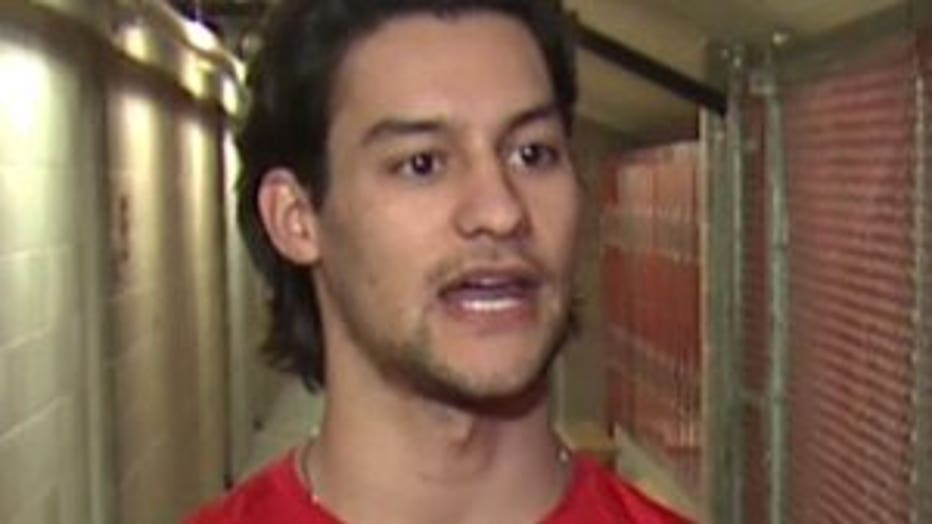 "I know that my parents are both going to be trying to get both of our jerseys," said Michael Romund.

Karen Romund, the mother of seniors Michael and Matthew, was on hand to cheer and help with the fight. As a cancer survivor, it was personal.

The experience affected her sons' outlook.

"If you can get through something like that, that we went through as a family, there's nothing that's going to give me too much of a challenge," said Matthew Romund. 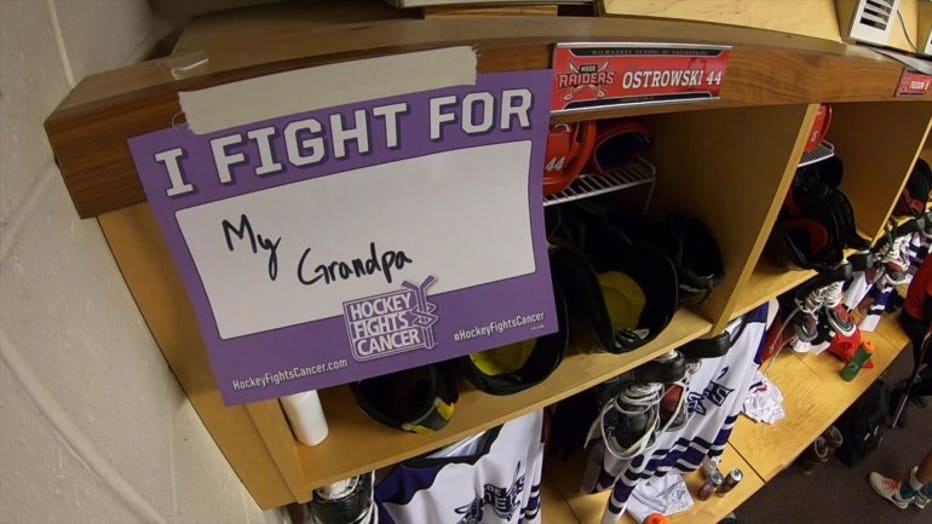 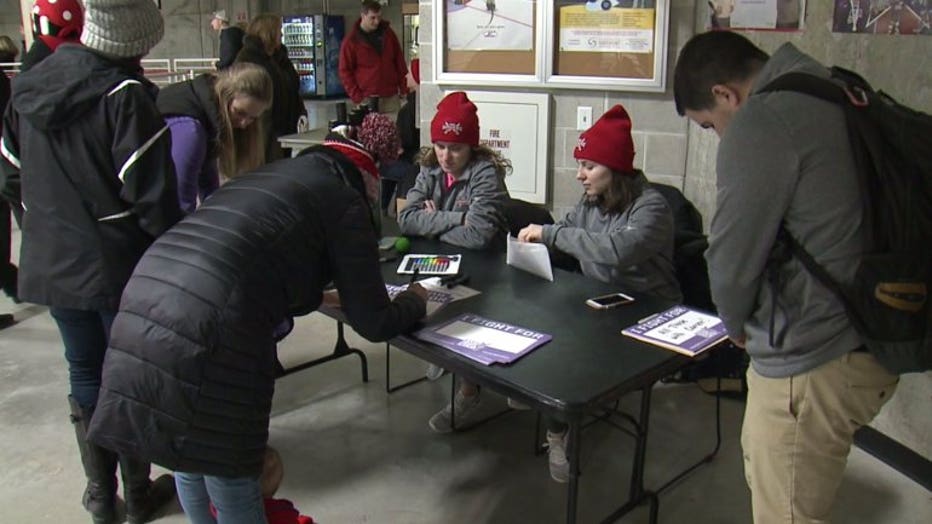 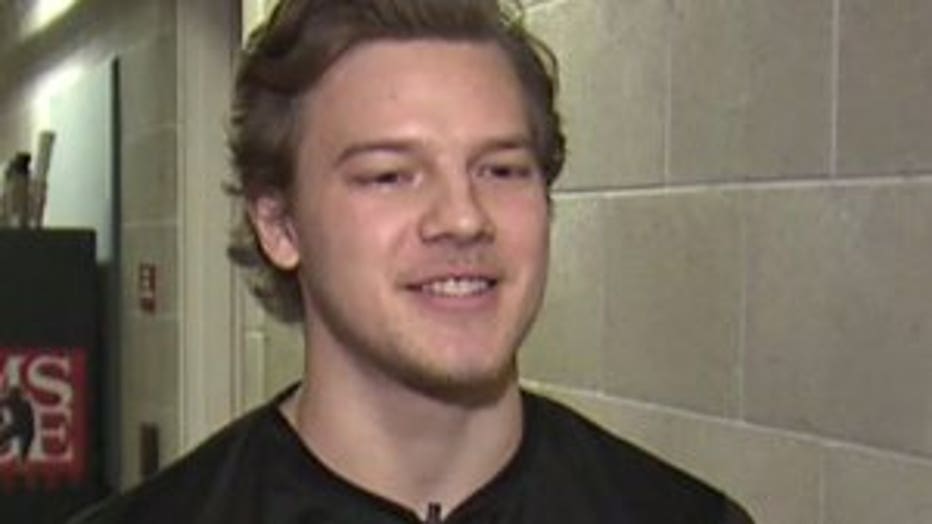 Their experience enabled them to help their teammate Bobby Rogers from Texas.

"My mom was diagnosed in December of '17. It's kind of tough to be, you know, here and wanting to help out there," said Rogers.

A big way to deal with the distance and difficult time was through humor.

"Whenever you get too in your head and too focused on something and you're holding your stick a little too tight, it's nice to have somebody come by and squirt a little water on you or just crack a joke here and there," said Rogers. 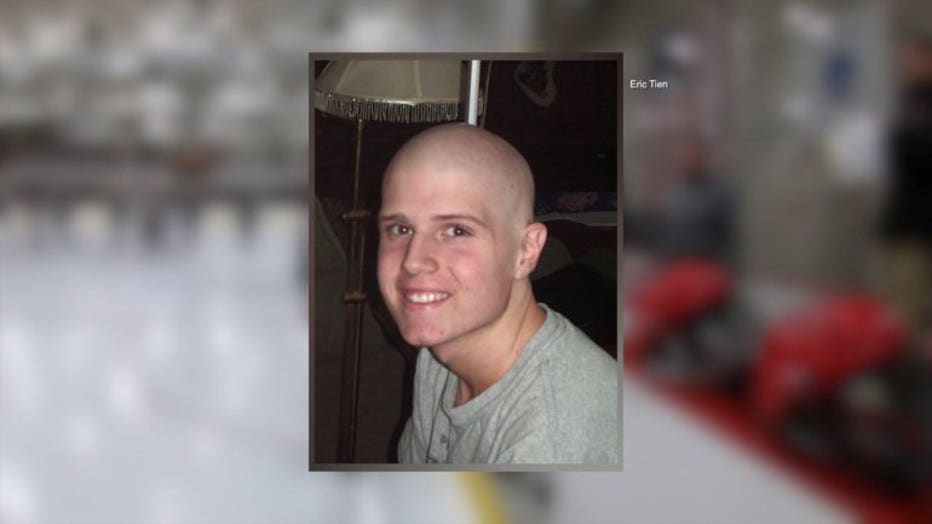 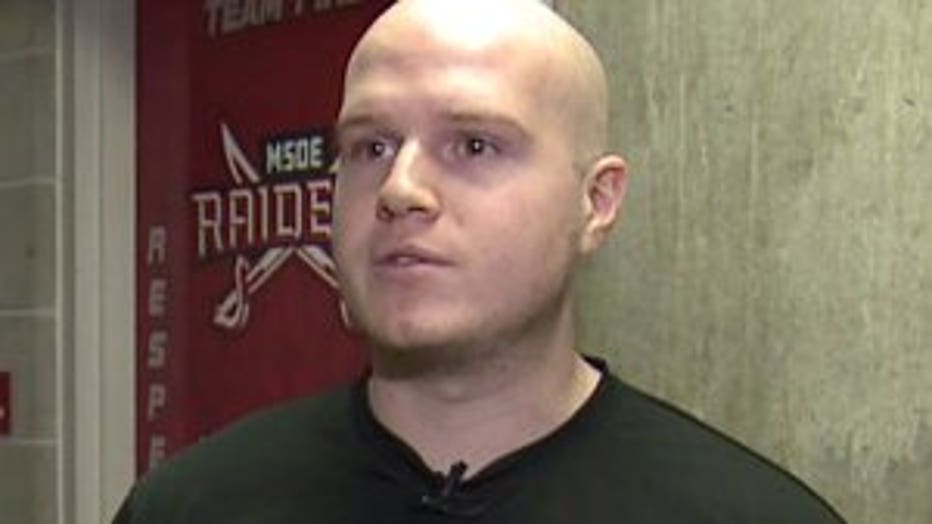 Humor kept fifth-year senior Eric Tien seeing the positive through some very negative moments, including breaking his leg during the season, ending his career prematurely.

This, because Tien had to deal with more serious issues in his life. At the age of 16, he was diagnosed with cancer.

"I was in stage 4. I had skeletal muscle tissue cancer. It's called rhabdomyosarcoma. It's an extremely scary situation," said Tien.

Family played a huge role in Tien's fight against cancer.

"When we got diagnosed, my parents just grabbed me and said 'We're going to get through it. You're young and we're going to be able to battle this,'" said Tien. 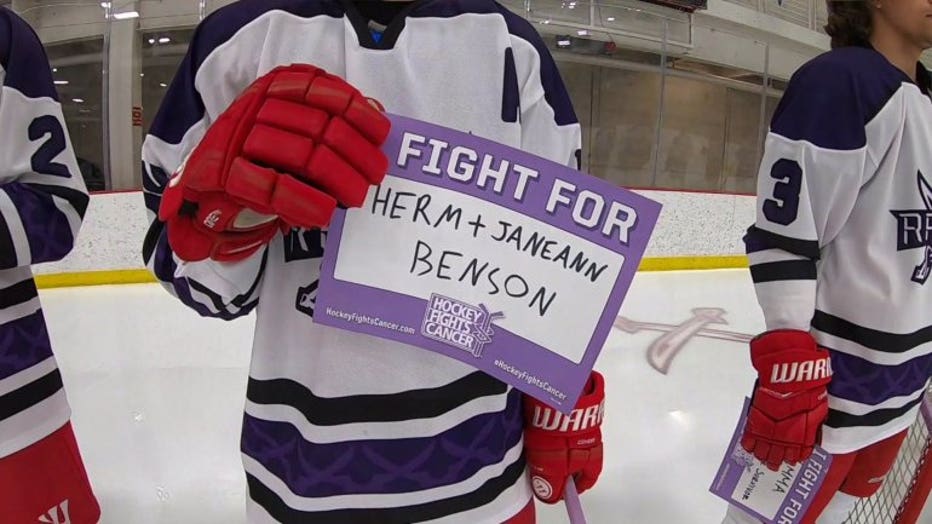 "Without having the hockey, school would be a lot more tough. It keeps you on your game and it kind of gives you a second family," said Tien.

That has served all of the guys who have had to deal with cancer in one way or another.

"It's the tightest group that I've ever played with," said Matthew Romund. 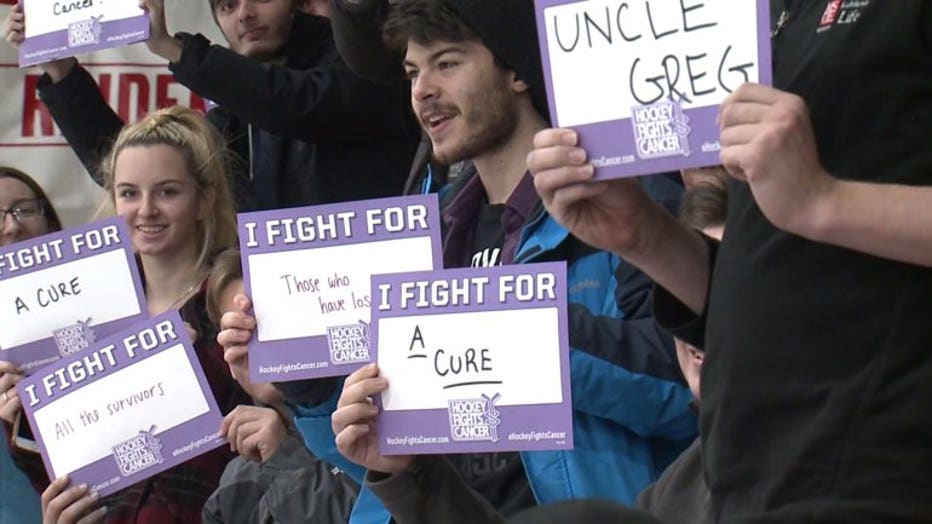 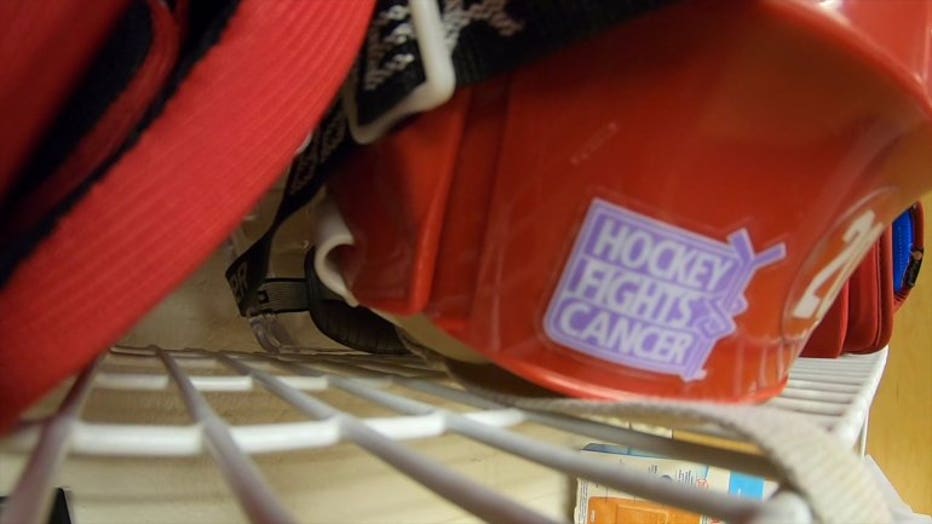 They used their Hockey Fights Cancer night to make a difference for other families in need.

"We've been through it too, and we understand the fight that you're going through. If we can make that easier on you, we're going to do everything we can to do so," said Johnson.