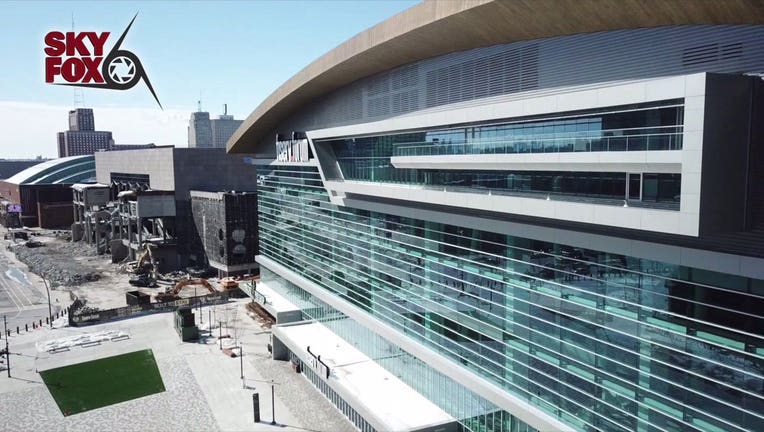 MILWAUKEE - The Milwaukee Bucks will tip-off the 2020-21 NBA regular season on Wednesday, Dec. 23 on the road, visiting the Boston Celtics for a 6:30 p.m. start.

The Deer will then return to Milwaukee for a Christmas Day home opener against the Golden State Warriors  -- 1:30 p.m. start -- the NBA announced on Wednesday, Dec. 2.

The league revealed the nine-game national TV schedule for the first three days of the 2020-21 season (Dec. 22, 23 and 25), which includes the Bucks’ season opener against the Celtics and the Christmas Day game against the Warriors.

The Bucks’ season opener at Boston will mark the fourth consecutive season that they have opened on the road.

The Christmas Day game at Fiserv Forum will be only the second time in franchise history that the Bucks have hosted a game on Christmas, with the only other occurrence coming back in 1968.

This year marks the third straight season that Milwaukee has played on Christmas Day.

The remainder of the Bucks’ 2020-21 first-half schedule will be released on Friday, Dec. 4.

Due to the COVID-19 pandemic, Bucks games at Fiserv Forum will be held without fans until further notice in accordance with state and local guidelines.