MILWAUKEE -- Any time you get members of a professional sports team to take time out to visit those who have served our country, it's usually an unforgettable experience. It's why life for a few Milwaukee Brewers players may have more meaning than ever before.

It has obviously been a great struggle for the Milwaukee Brewers on the field this season. But last week, a few players, coaches, broadcasters and front office folks learned perspective when they visited the Clement J. Zablocki VA Medical Center in Milwaukee for a homecoming picnic. 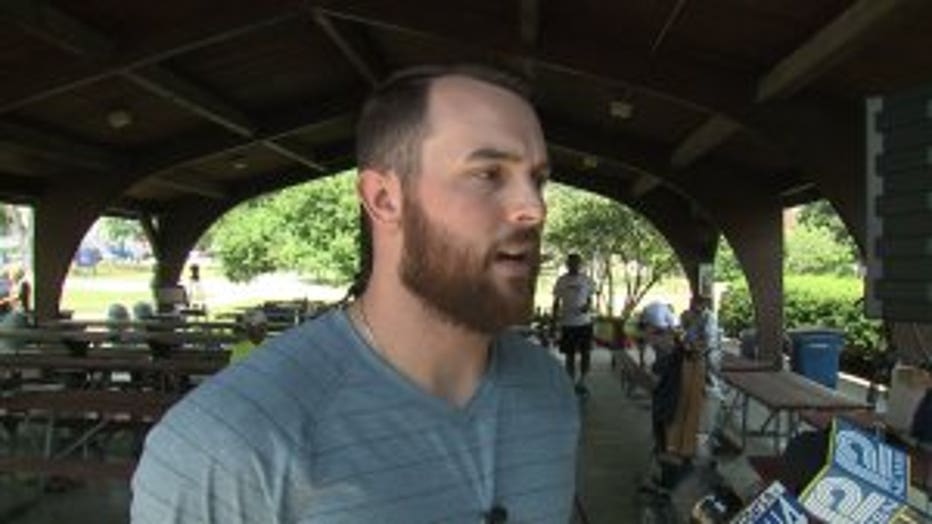 "It was awesome. Everything that they've done in the past and even now, the veterans and the military, that's the reason that we get to do what we do. If it weren't for them, we wouldn't be able to do that. I appreciate it, and I enjoyed being here. If I made their days by answering one of their questions or something, that makes me happy," Brewers pitcher David Goforth said.

"My fiancee's brother was actually in the Army, and he just got back a year ago. Just hearing all his stories and seeing the pictures he's taken, it's just something that I'd never be able to do -- and so coming out here and seeing their faces, seeing them smile and have a great time talking to us, hanging out with us -- it's definitely something special," Brewers pitcher Corey Knebel said. 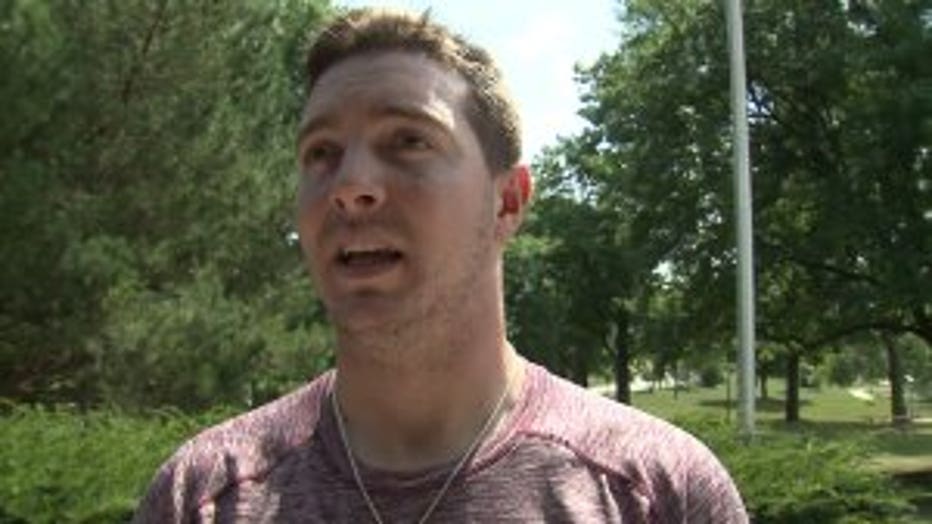 Knebel knows firsthand that professional athletes are showered with attention and adoration, but he'll tell you that the real heroes are those who risk their lives for the freedom we enjoy, and they deserve to be the ones in the spotlight.

"Everyone had that dream when they were a kid. They wanted to be a professional athlete somewhere -- some sport. So it's nice to actually meet those that have the success story, to be able to share some of these athletes. They've got that, and they're like 'I could never do what you do, being in the military and risking your life,' so I really like the bond between the two in these events," David Brown, U.S. Army veteran said. 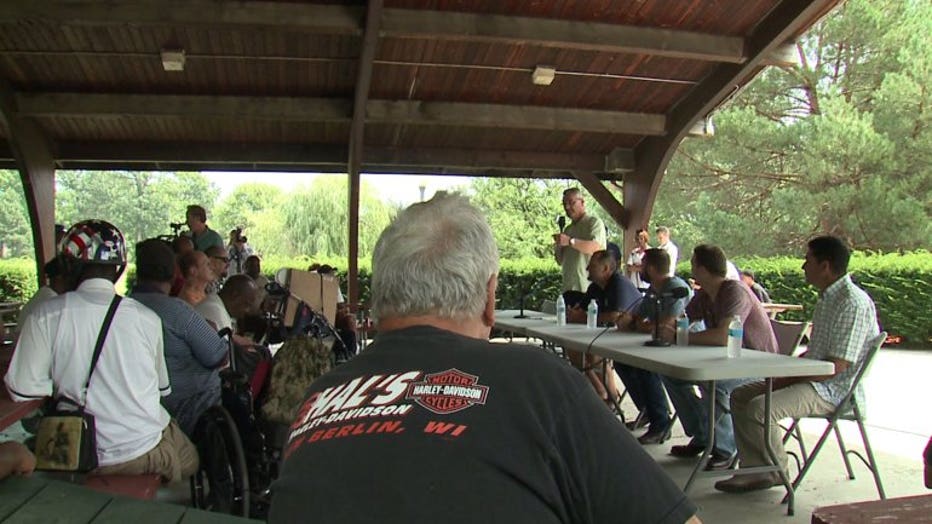 "For them to come over and interact with the crowd and to host questions, answer questions and then to hand out souvenirs is really -- it shows a good spirit of community but it means a lot to our veterans. There always seems to be a bit of a bump in attendance when the Brewers are here," Deion Powell with the Zablocki VA Medical Center said. 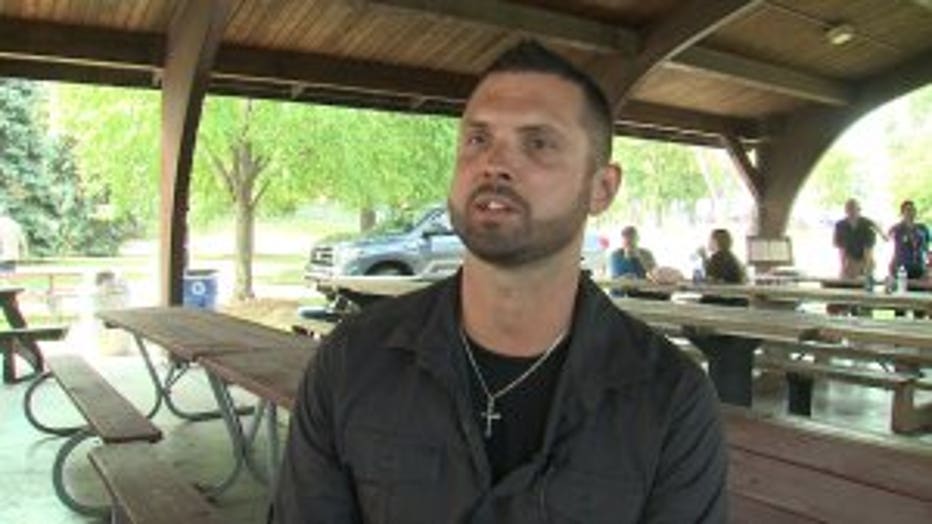 To a person, the Brewers would tell you that their visit to the Zablocki VA Medical Center was eye-opening -- even life-changing.

As for our veterans...

"Dealing with war was easy. Coming back and dealing with recovery, like having surgery -- then they've got to recover. Have surgery, recover. It becomes depressing. It's like we're still at war. We're battling our way back to a normal civilian life. These events right here, they bring people out where they can," Brown said. 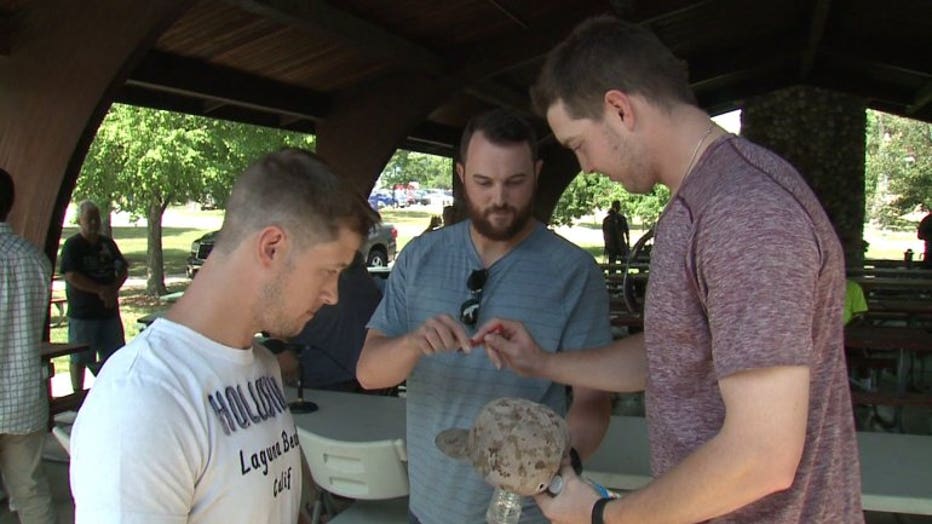