MADISON (WITI) -- A good public address announcer is accurate and informative. A great one does that while entertaining and even connecting with fans. 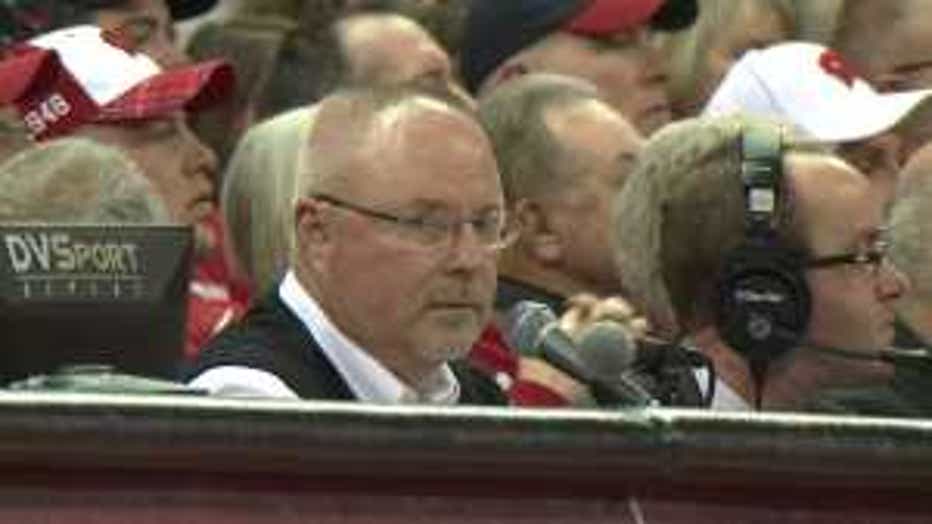 For Wisconsin Badgers basketball fans, there's nothing like seeing Bo Ryan's players sink a three-pointer -- especially at the Kohl Center -- because when you're at the game or watching it on TV, you can't miss the unmistakable voice of public address announcer Mike Mahnke.

It all started with Mahnke was hosting a radio show back in 1991. A buddy of his was doing PA for the Badgers women's basketball team, and he needed a sub. 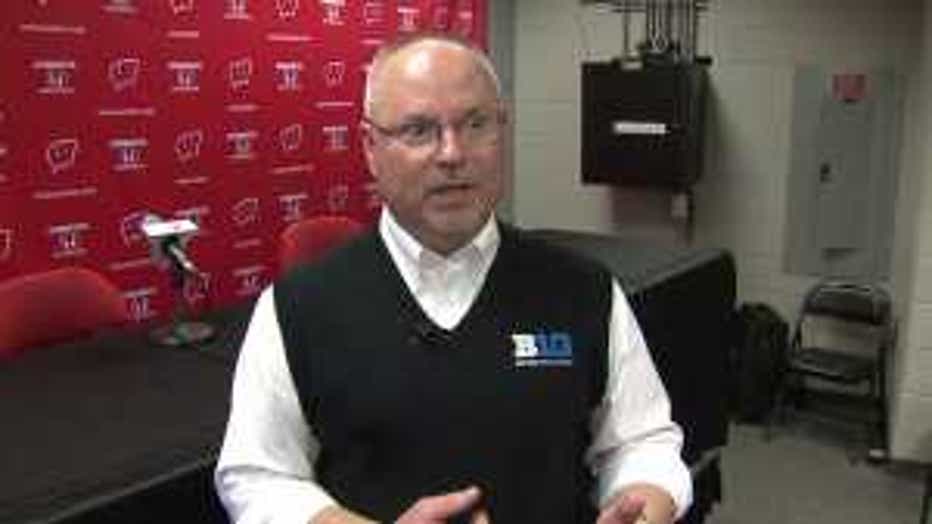 Then in 1994, the Badgers men's PA announcer who did football, basketball and hockey passed away during the middle of the hoops season.

"Since I was the only one who had done any PA announcing, they said 'do you want to do men's basketball? Oh, by the way, football. And how 'bout hockey?' So for one year, I pretty much did everything," Mahnke said.

And did it well. Occasionally, Mahnke will do public address work for a Badgers women's basketball or volleyball game -- but for two decades, his enthusiastic voice has resonated with fans at Badgers basketball and football games.

Memorable moments? There have been more than a few -- but one sits right at the top.

"The whole Ron Dayne thing is still pretty fresh, even though that was 15 years ago. It is hard to believe how time flies. That whole era was fantastic. Actually, I've been lucky. In 20 years, I've seen a lot of good football," Mahnke said.

By now, Mahnke's friendly face is known in Badgers circles, as are his signature calls.

"The 'first and 10' thing has kinda taken on a life of its own, which is kinda fun. Always like playing with the crowd," Mahnke said.

The greatest compliment you could ever give anybody who is a public address announcer is if that person connects with his fans -- and in Mahnke's case, you bet he does!

"The students are really -- I was one myself, so I know how that goes. They kinda take it, and they're the ones who started the Ron Dayne thing too. I mean, I just said it the same way, and they echoed it back. So we just have -- we have this little, synergistic relationship," Mahnke said.

Entertaining the fans is important -- but Mahnke knows his role.

"As the PA guy, I am supposed to be the guy who delivers the information. I'm not the side show or cheerleader perse, but I'm just a fan like they are too. When I was a student here, I had season tickets for football -- I had basketball, and I was the guy in the stands cheering just like they are," Mahnke said.

Mahnke hopes to keep going for as long as possible. Like the UW student athletes, he's a tough guy who knows what it's like to play through pain.

"I even worked through a kidney stone one time in the booth, and they  had to -- well, to put it this way, I was on a little bit of medication, but I still made it through the game. Neither hail, nor storm, nor whatever -- kidney stones, I can still do the gig," Mahnke said.

As much as Mahnke loves public address announcing, Mahnke says it's kind of a hobby. His real job is general manager and creative director of a marketing firm in Verona.