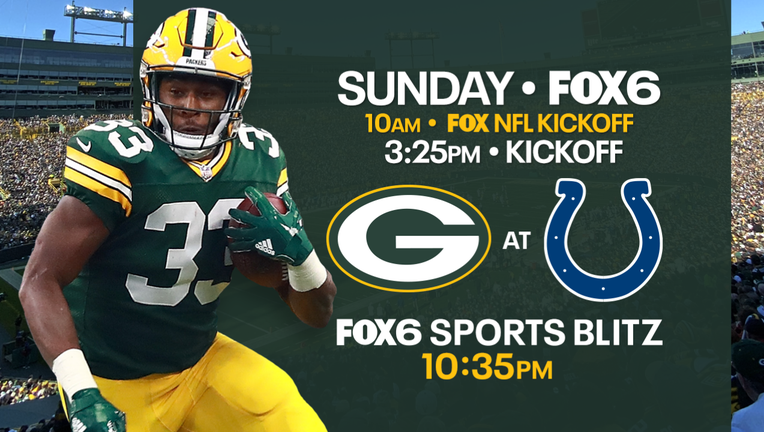 INDIANAPOLIS - The Green Bay Packers are gearing up for a battle with the Indianapolis Colts at Lucas Oil Stadium on Sunday, Nov. 22. It's a game you'll see only on FOX6 -- kickoff is set for 3:25 p.m.

According to Packers.com, it is the Packers' fifth regular-season game at Indianapolis, and Green Bay is looking for its first victory. The Packers last played at the Colts in 2012, a 30-27 Indianapolis win.

The Packers are one of two teams in the NFC and one of four teams in the NFL with two or fewer losses so far this season (Pittsburgh, 9-0 / Kansas City, 8-1 / New Orleans, 7-2).

Just like this season, Green Bay was 7-2 after nine games last season, making them one of two NFL teams to win at least seven of their first nine games in each of the past two seasons (New Orleans: 7-2/7-2).

The Packers have won 12 of their last 14 regular-season games.

David Bakhtiari has agreed to a four-year extension worth up to $105.5 million in new money, NFL Network's Ian Rapoport reported Sunday, Nov. 15, per sources.