GREEN BAY, Wis. - The Green Bay Packers bounced back from their lone loss this season in a big way on Sunday, Oct. 25, taking down the Houston Texans 35-20, and they did so without six starters on the field, including Aaron Jones. FOX6's Lily Zhao went one-on-one with the running back to get an update on how he's feeling, and what he expects from their upcoming matchup against the Minnesota Vikings. 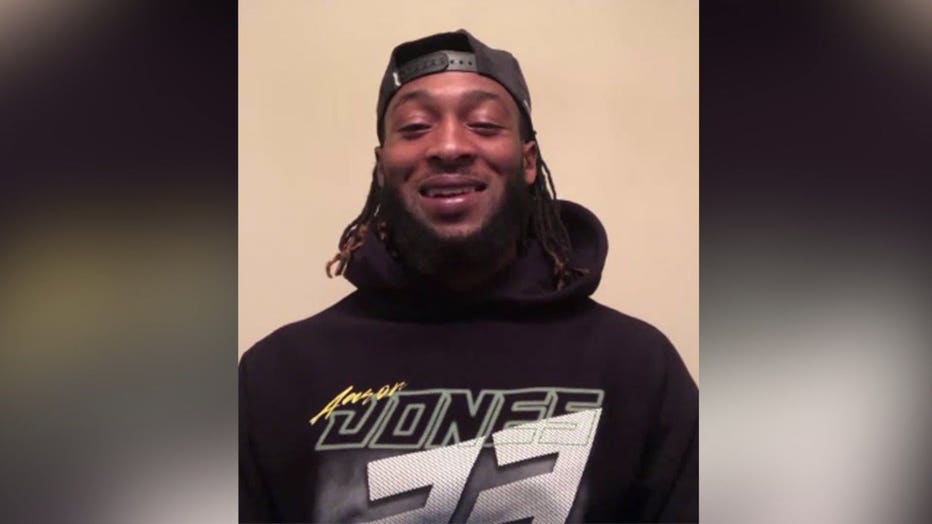 FOX6's Lily Zhao: "Aaron Jones, I’m sure everyone wants to know, how is your calf doing?"

FOX6's Lily Zhao: "Do you think you’ll be ready to go for practice on Wednesday?" 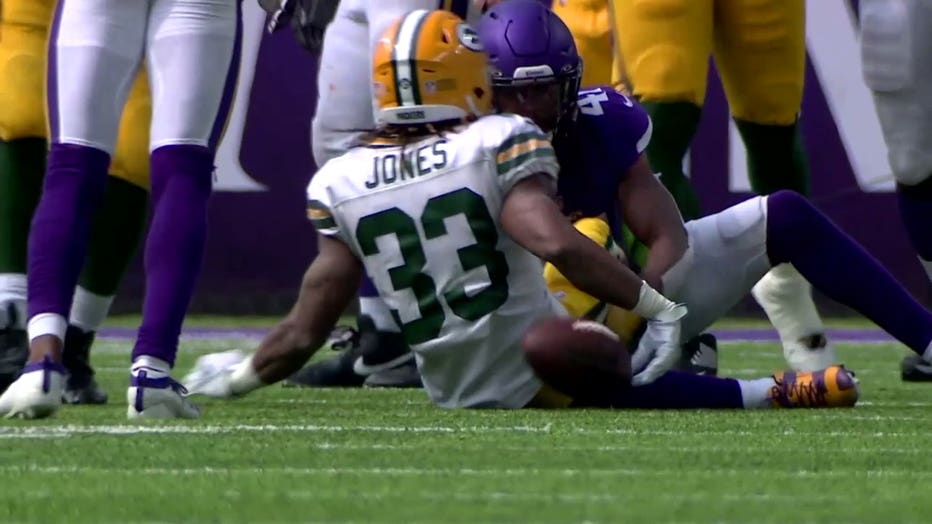 FOX6's Lily Zhao: "Well, I know a lot of people say Jamaal Williams is your backup, but I feel like you guys have always talked about one another kind of being a one-two punch, thunder and lightning. When you see him have the success he had against the Texans, what does that feel like?"

"It’s a lot of fun," said Jones. "You’re cheering for your brother. You’re cheering for your family. You want them to succeed, and, you know, it’s just going to make it easier for you when you make it on the field. When you guys are on the field together, they’re not going to know what to expect. [We have] two guys who are capable of just about doing anything: lining up out wide, whether it be in the backfield or blocking or running the ball, so I think that’s special to have." 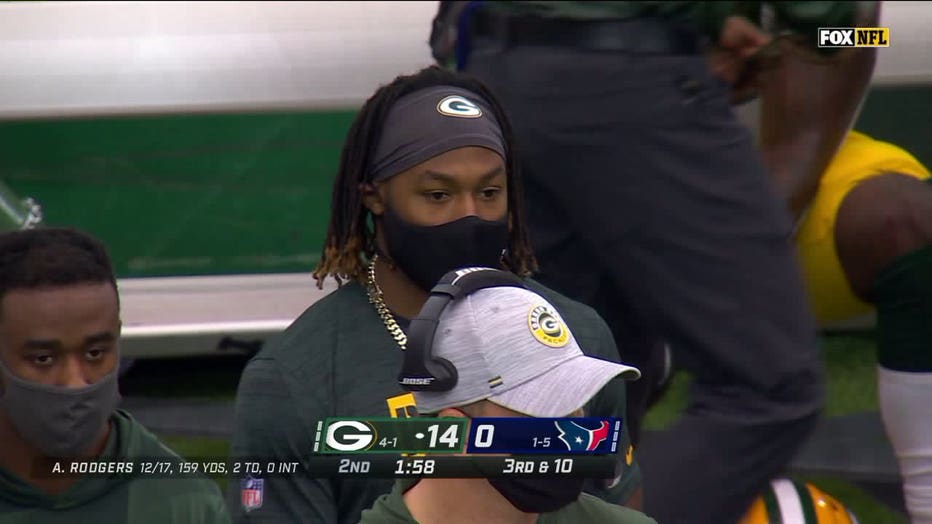 "Resilient, you know," said Jones. "I’ve been saying it the whole time. We’ve got all the guys we need in the locker room. Even at the next positions, one-A or one-B, I don’t like to call them backups because those guys are just as good as the starters you know, and that’s why I don’t think you see a big drop-off."

FOX6's Lily Zhao: "Well, you guys are back at home at Lambeau Field next week. Give me your thoughts on this Vikings team."

"You know, I mean, they haven’t gotten off to the start they wanted to, but this is the NFL," said Jones. "You can’t take any games for granted. They have talent on that side of the ball, on both sides of the ball, and they’re going to come out ready to play. This is a division rival, so you gotta strap it up. You gotta be ready to play."

The Bucks, Brewers and Packers are wanting Wisconsinites to know that beating COVID-19 spread is a team effort.

Rodgers played a near-flawless game and tied his season-high for TD passes. The performance came after he threw two interceptions, including one that was returned for a touchdown, with no TDs in a 38-10 loss to Tampa Bay last week.