WHITEWATER (WITI) -- Football coaches are coming and going in Wisconsin. Paul Chryst takes the Badgers job -- and Lance Leipold is leaving UW-Whitewater. But Leipold is taking memories that will last a lifetime.

On Friday night, December 19th in Salem, Virginia UW-Whitewater defends it's NCAA Division 3 championship against familiar foe Mount Union. The Amos Alonzo Stagg Bowl marks the last time Leipold will lead the Warhawks as head coach. The five-time coach of the year was introduced as the new head man at Buffalo December first.

"It's been a great experience. It's been great for our family and what we've been able to do and you never know what happens down the road either and we have life long friends here and we're excited about the next chapter as well," said Leipold.

Like other coaches who have skipped bowl games after taking new jobs, Leipold could have bowed out in the midst of Whitewater's playoff run. The Jefferson native and former Warhawks quarterback never considered that. He was brought up to believe you finish what you started. 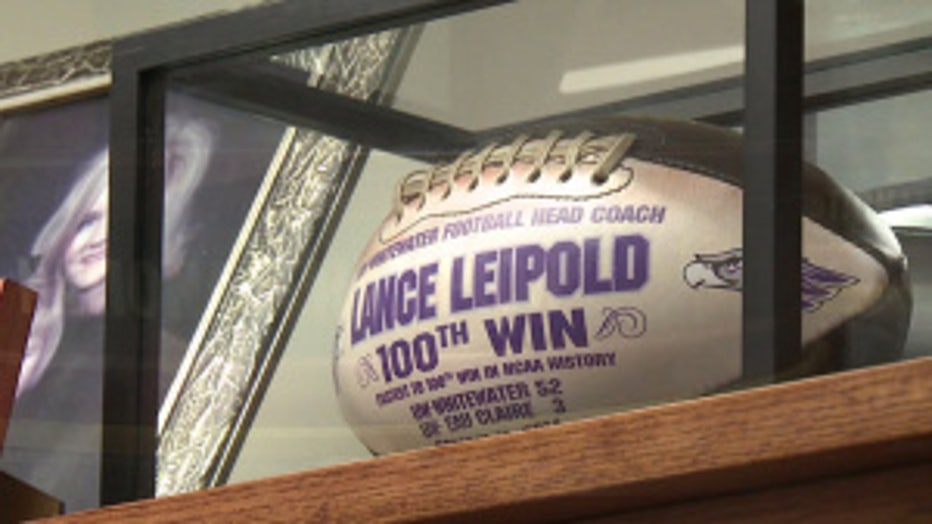 Under the late Forrest Perkins and Bob Rezowitz, UW-Whitewater built a respected program. Leipold has taken that program to unprecedented levels. A win on Friday night would be the 109th of the eight-year Leipold reign. It would also mark the Warhawks sixth national championship.

"I just wanted a shot to be the head coach at my alma mater. That's, that's where it started. Then when I got in the chair it was all of a sudden, 'wait a minute. They've been 28-2 and then you're probably never going to leave because you can't make it any better.' There's a lot of people that make these things happen and if you think you're more or you're the sole reason I think you're kidding yourself," said Leipold.

The 50-year-old Leipold is the first to say that without the love and support of wife Kelly and their two children, he never could have reached the pinnacle of his profession. 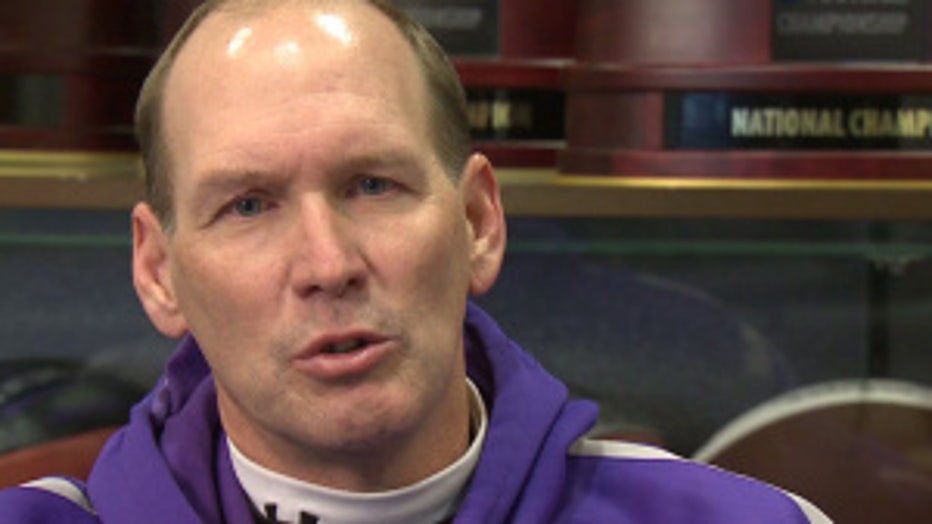 During a FOX6 Sports interview two years ago, Leipold revealed for the first time that as a star athlete in his early 20s, he was going blind. If not for a cornea transplant from a deceased donor, Leipold never would have become a coach. He has embraced the opportunity to promote the organ and tissue donor program. To encourage others to give the gift of life if they lose theirs.

"Hopefully in time, wherever I'm at I can start being a little more involved in and keep encouraging but what it's been able to do and we probably wouldn't be sitting here today without them. Without a donor," said Leipold.

The record is unbelievable. Almost unfathomable. For Leipold at Whitewater, he has just six losses 31 straight wins and of course the five national championships. It is a legacy of winning Leipold leaves. And yet, he hopes his legacy here goes beyond the game.

"We were intense. We were demanding to try and get them to maximize their potential that they and their gifts that they were given on and off the field. I always say to them you won't figure it out now but maybe sometime between the ages of 35 and 50 it'll make a little more sense. I'd like to think that we did it right and we did it at a consistent high level," said Leipold.